Teachers at Bright Horizons at the Avenues decided to give their kids a chance to build a snowman in Florida. ☃️ 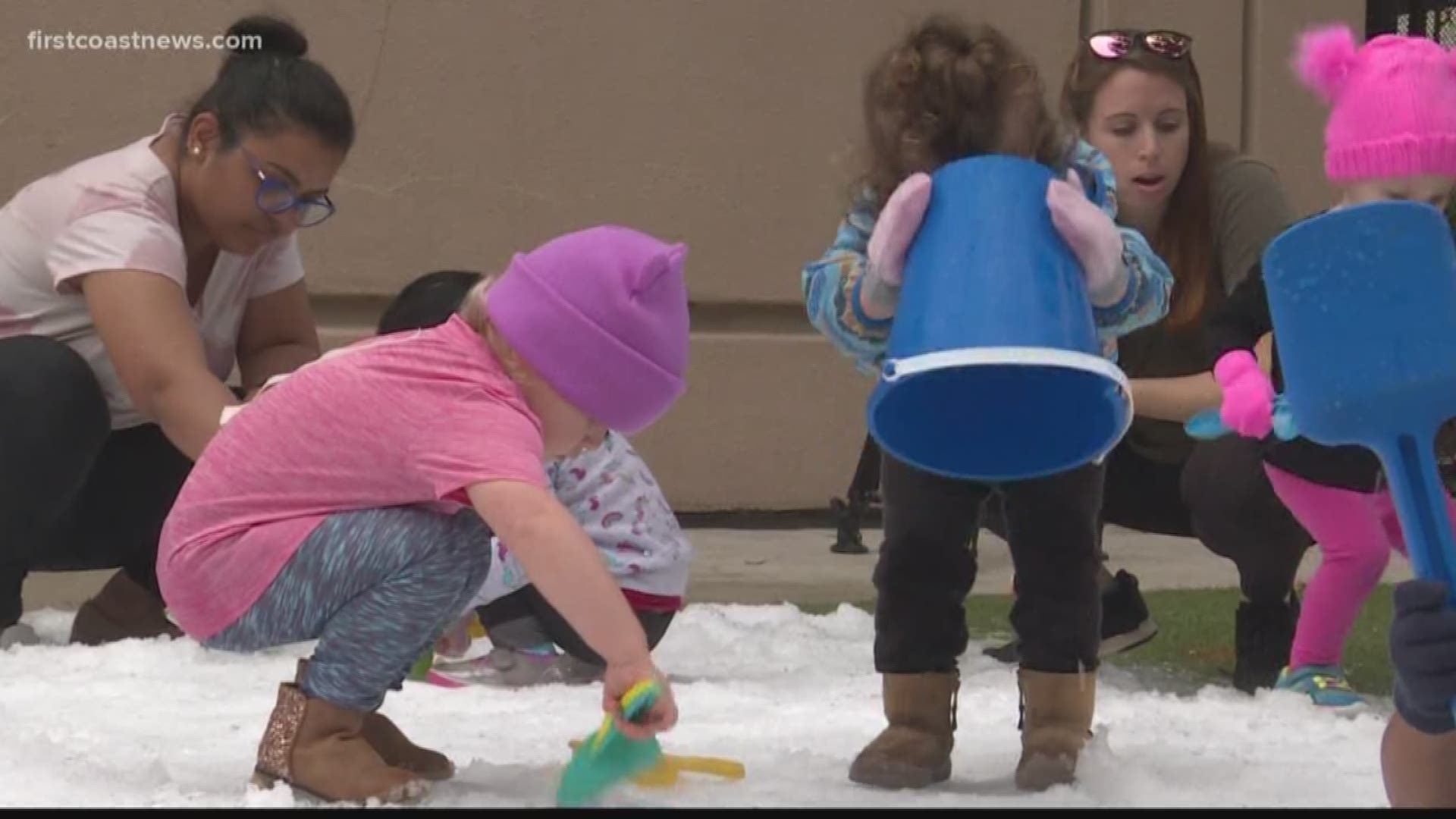 A local preschool gave their kids the gift of "snow" in Jacksonville Thursday as part of a month-long STEAM project.

Teachers at Bright Horizons at the Avenues know that children in Florida don't typically have the opportunity to build a snowman so they decided to create a STEAM (science, technology, engineering, and mathematics) project to turn that idea into a reality!

During the month-long project, children used the scientific method to research, engineer, and even test their snow-man building plans on a special "Snow Day." This allowed the students to understand what it takes to create a snowman.

The educational project gave a cute view of a Florida child's take on a snow day. Pictures from the event can be seen below.

1 / 23
Bright Horizons at the Avenues