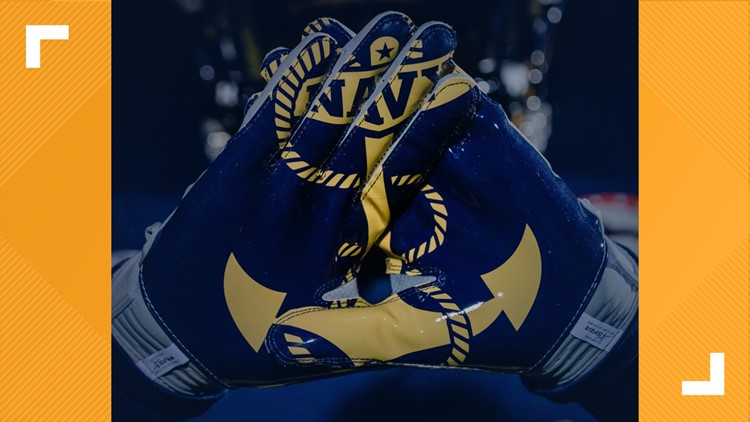 Navy reveals new uniform ahead of game vs. Army

JACKSONVILLE, Fla. — It is a game so revered it gets its own weekend on the FBS college football calendar. Thursday, 24th ranked Navy released its uniforms for the 2019 tilt against Army. (Hint: Turn your sound up.)

According to the academy's website, the uniforms pay tribute to the great Navy teams of the 1960s. And why not. From 1960-1963 Navy beat Army in four straight, won the Sugar and Orange Bowls and produced two Heisman Trophy winners, Joe Bellino and Roger Staubach. Their numbers are featured on the helmets, which are painted to combine the bronze texture of the Heisman with the style of the helmet worn in the '60s.

The uniforms are designed by Under Armour. Senior designer Nick Billiris said, "We're proud to say that everything designed here in Baltimore is also manufactured in the United States."

As for the Army football uniform. West Point posted this teaser on Twitter late last night. (Again, turn your sound up).