The CDC released an update showing of more than 30,000 pregnant women monitored after receiving the vaccine, there was no increase in the frequency of miscarriages. 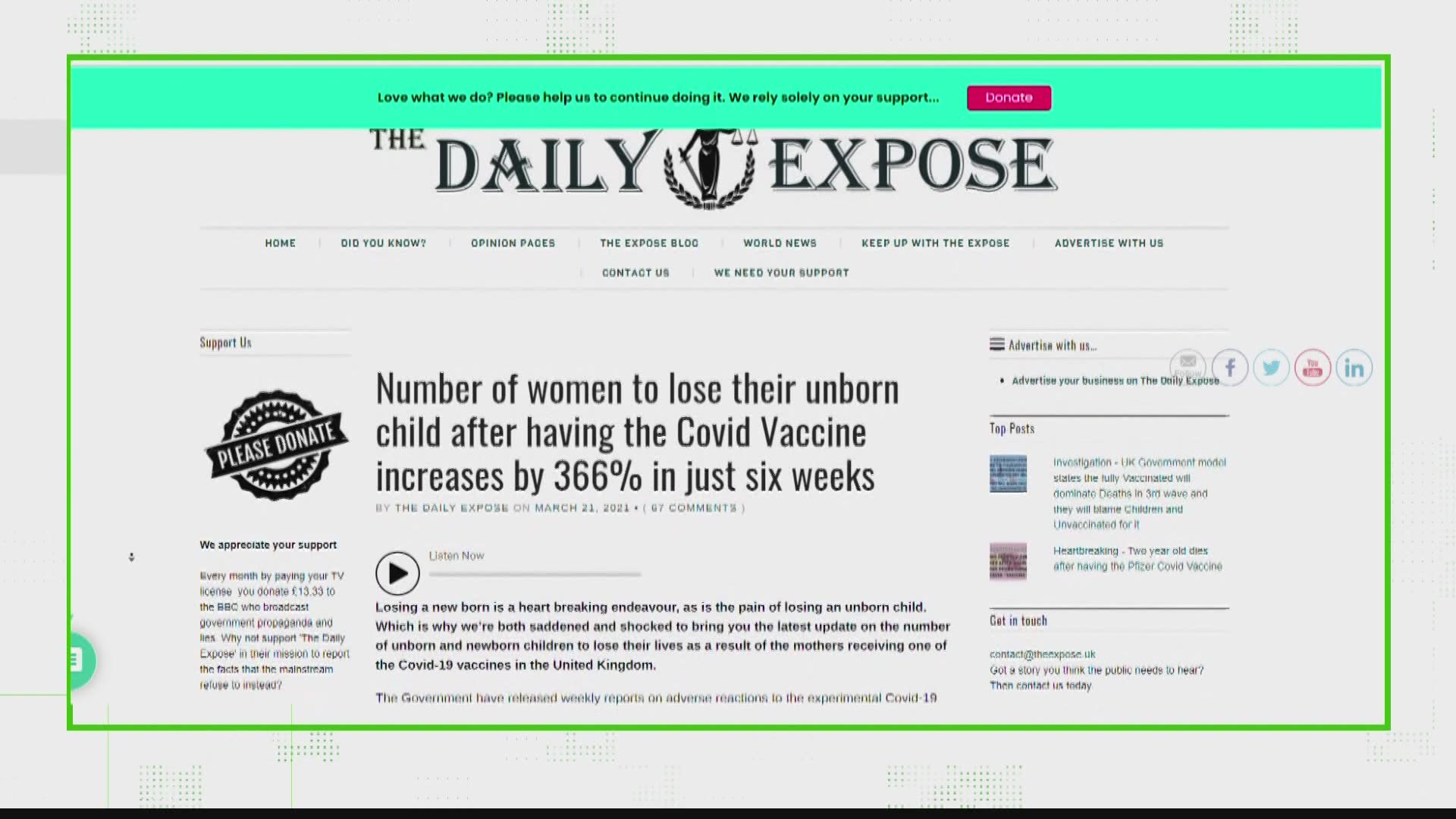 JACKSONVILLE, Fla. — A claim that a rate of miscarriages have significantly increased in women who received the COVID-19 vaccine has been circulating the internet, but there is no data to support this.

The claim says vaccines caused a 366% increase in miscarriages in 6 weeks, but experts said this data is missing important context.

A UK-based conspiracy website was the first to publish those numbers in this context. The article cites data from a British healthcare website that monitors patients after they receive the COVID vaccine.

It said six women who received vaccines miscarried between December 9 and January 24. It then went on to say between January 24 and March 7 there were 28 miscarriages.

The difference between the two numbers is 366%, but the website failed to report the significant increase in women of child-bearing age receiving the vaccine.

In the six-week time frame cited by the original story, the number of women of child-bearing age getting vaccinated increased from 665,424 to 2,146,866, MHRA told Reuters in a statement. So, it’s to be expected the number of women in that pool of patients who have a miscarriage would also increase.

Out of those miscarriages, there is no evidence any are related to the vaccine.

“One in roughly four women will have a miscarriage, and 80% of those miscarriages happen in the first 12 weeks of pregnancy,” Neilsen said.

So while the UK numbers track women who miscarry, there is no data linking miscarriages to getting vaccinated.

“They will happen by chance in women who received the COVID-19 vaccine,” Neilsen said.

The CDC released a “Vaccine Safety Update” in March that finds out of more than 30 thousand pregnant women monitored after receiving the vaccine, there was no increase in the frequency of miscarriages, or any other significant increases in adverse pregnancy outcomes.

In conclusion, there is no evidence COVID-19 vaccines are causing an increased rate in miscarriages. The data suggesting so is being taken out of context.