Voter turnout in St. Johns County is high and is expected to be higher than the 80 percent in 2016. 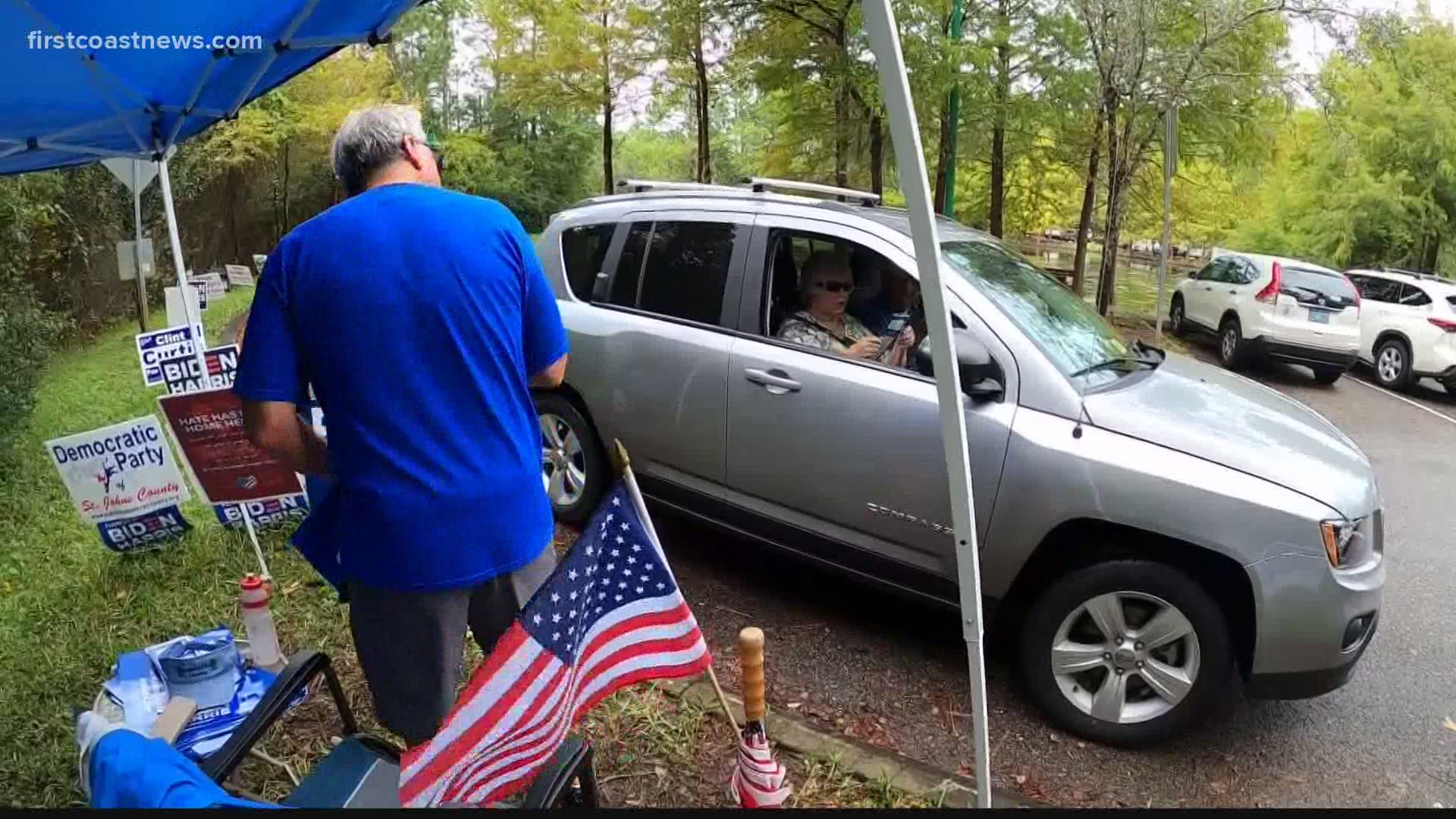 By 7 p.m. Thursday, 38 percent of registered voters had already cast a ballot in St. Johns County. That’s more than the number of people who vote in some midterm elections.

Dr. Enrijeta Shino, who also teaches political science, but at the University of North Florida, agreed.

They’re encouraged by the high voter turnout all over Florida and the nation, but "these high numbers we’re seeing don’t necessarily mean we’re going to have a high turnout because... Because at this point, we don't know," Shino said.

The high turnout right now appears to be a reflection of the times.

"A lot of people perceive this as a high-stakes election. I think a big part of it too though is simply the pandemic," Cremona said.

"We are in the midst of an economic and health crisis and these are two factors that mobilize voters," Shino said.

Thursday at the Southeast Branch Library, an early voting place in St. Johns County, as cars come in, one man has started counting them. He counted 60 cars about every hour, he said. It's not clear how many are going to the library or are going to vote, but that’s a lot of cars for this location.

St. Johns County had a high voter turn out in 2016 as well: 80 percent.  Vicky Oakes, the Supervisor of Elections in St. Johns County predicts voter turnout this year will exceed that. She predicts 85 percent of registered voters will cast ballots.

Why do so many people in St. Johns vote?

"You’re looking at a county whose demographics are defined by those high voting groups: wealthier, older, more educated," Cremona said.