Also in the plaza is the recently opened The Baker's Son by Valerio's, Fancy Sushi and Another Broken Egg Cafe. 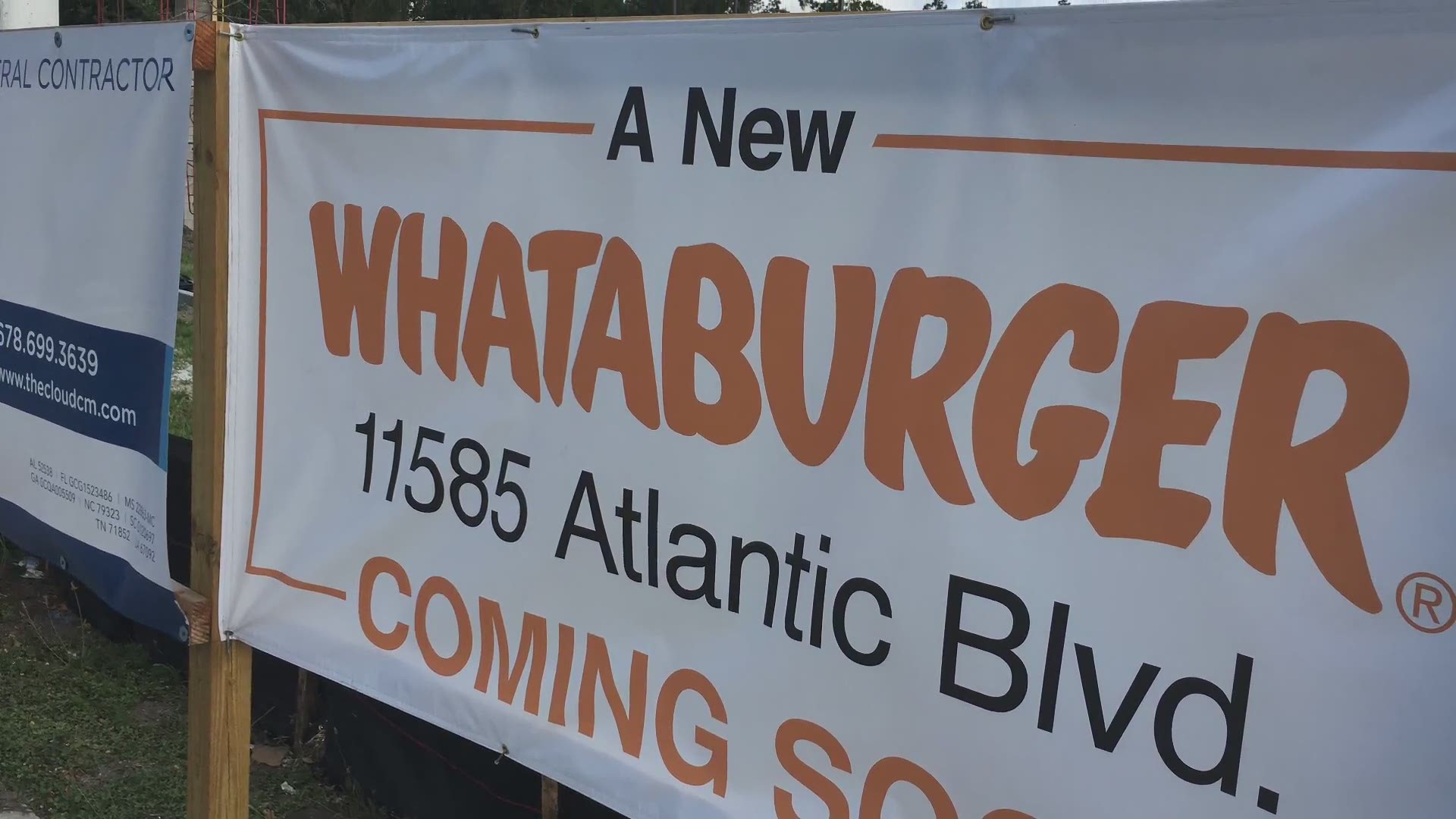 JACKSONVILLE, Fla. — As construction crews continue to work on a new 14-screen Cinemark movie theater off Atlantic and Kernan, we are learning more about potential businesses that will surround it.

There is already a Panda Express Chinese food restaurant in the plaza, along with a Belk, Academy Sports and LA Fitness.

Also in the plaza is the recently opened The Baker's Son by Valerio's, Fancy Sushi and Another Broken Egg Cafe.

The northwest quadrant of the shopping center is preparing for a Whataburger. Whataburger will give future moviegoers yet another place to dine before or after taking in a flick.

A Starbucks is also reportedly coming to the plaza, reports the Daily Record, but an exact location has not been determined.

The expansion of new businesses in the shopping center comes after the unexpected closure of the anchor store, Earth Fare.

The grocery store cited “continued challenges in the retail industry.”