As national headlines reflect a struggling economy, Atlantic North shopping center in East Arlington is showing what recovery looks like. 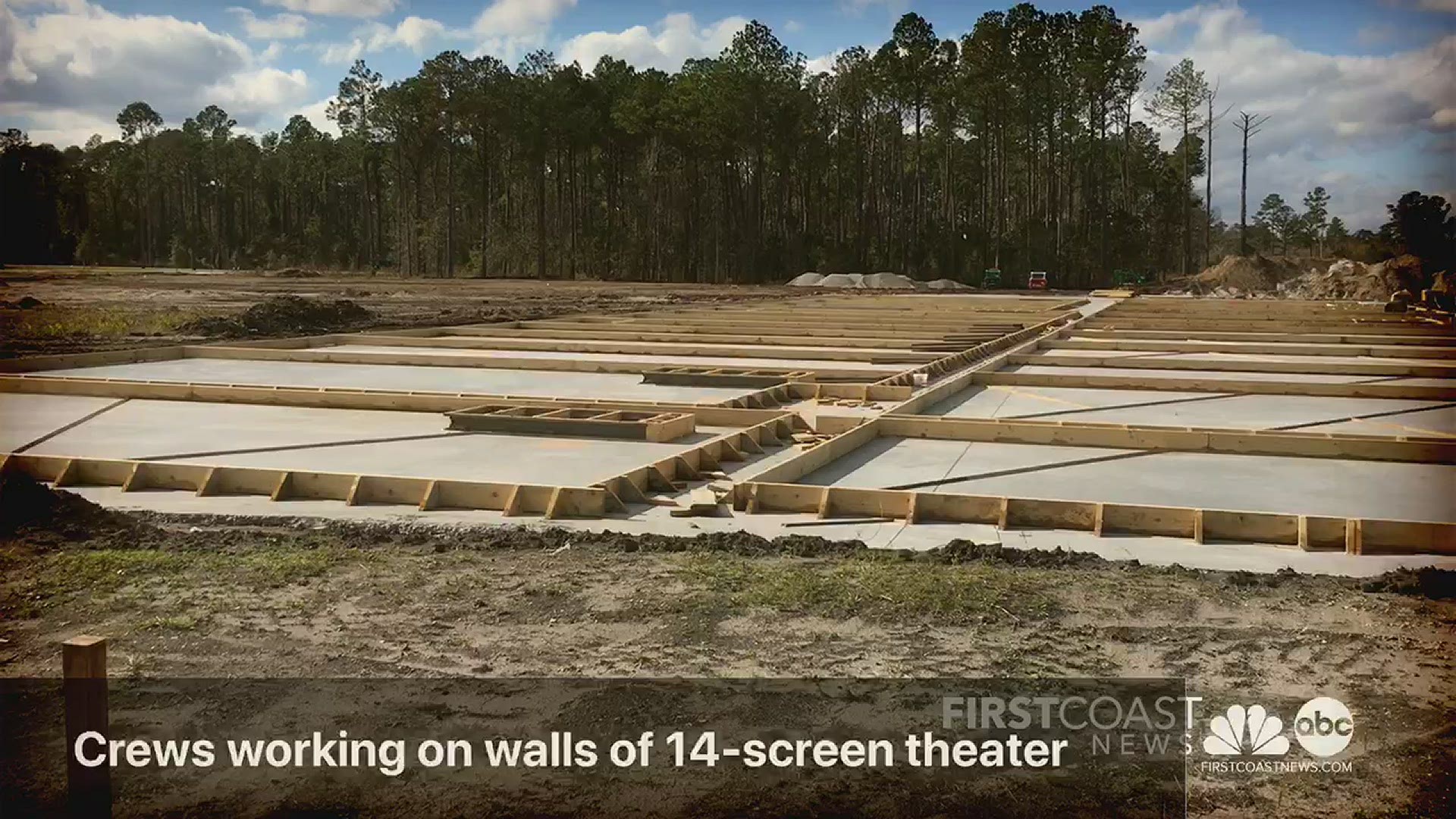 JACKSONVILLE, Fla — COVID-19 has left an indelible mark on the economy, but a Jacksonville shopping center is bucking that trend providing a picture of what recovery looks like.

The openings of new restaurants and forthcoming announcements of more retailers at the Atlantic North shopping center is largely being driven by a planned new movie theater.

Construction has ramped back up recently on a 14-screen Cinemark movie theater at the shopping center located on Atlantic Boulevard near the intersection of Kernan Boulevard.

Moviegoers will have to eat somewhere and over the last few weeks two new eateries opened – Another Broken Egg Café and Fancy Sushi. The Baker’s Son by Valerio’s, a Filipino bakeshop, is set to open any day now.

Earth Fare, a specialty grocery store, closed in the shopping center last year. Toney Sleiman, president of Sleiman Enterprises, told First Coast News on Tuesday that he’s expecting to announce a new grocery store for the location soon. “We’re just waiting on them to sign the lease,” he said.

Work is also expected to start in the coming weeks on the empty parcel between the former Earth Fare and Belk’s adjacent to Academy. Sleiman says he already has letters of intent for two retailers to occupy those spaces.

While many of the national headlines reflect a struggling economy, this shopping center is showing something different.

“It’s OK,” Sleiman said. “The virus has effected the economy … retail, but we’re all putting up with it. We gotta battle through it.”