The kits are designed for K9s to track down people with Alzheimer's Disease, dementia, or autism. The Nassau County Sheriff's Office got 300 kits. 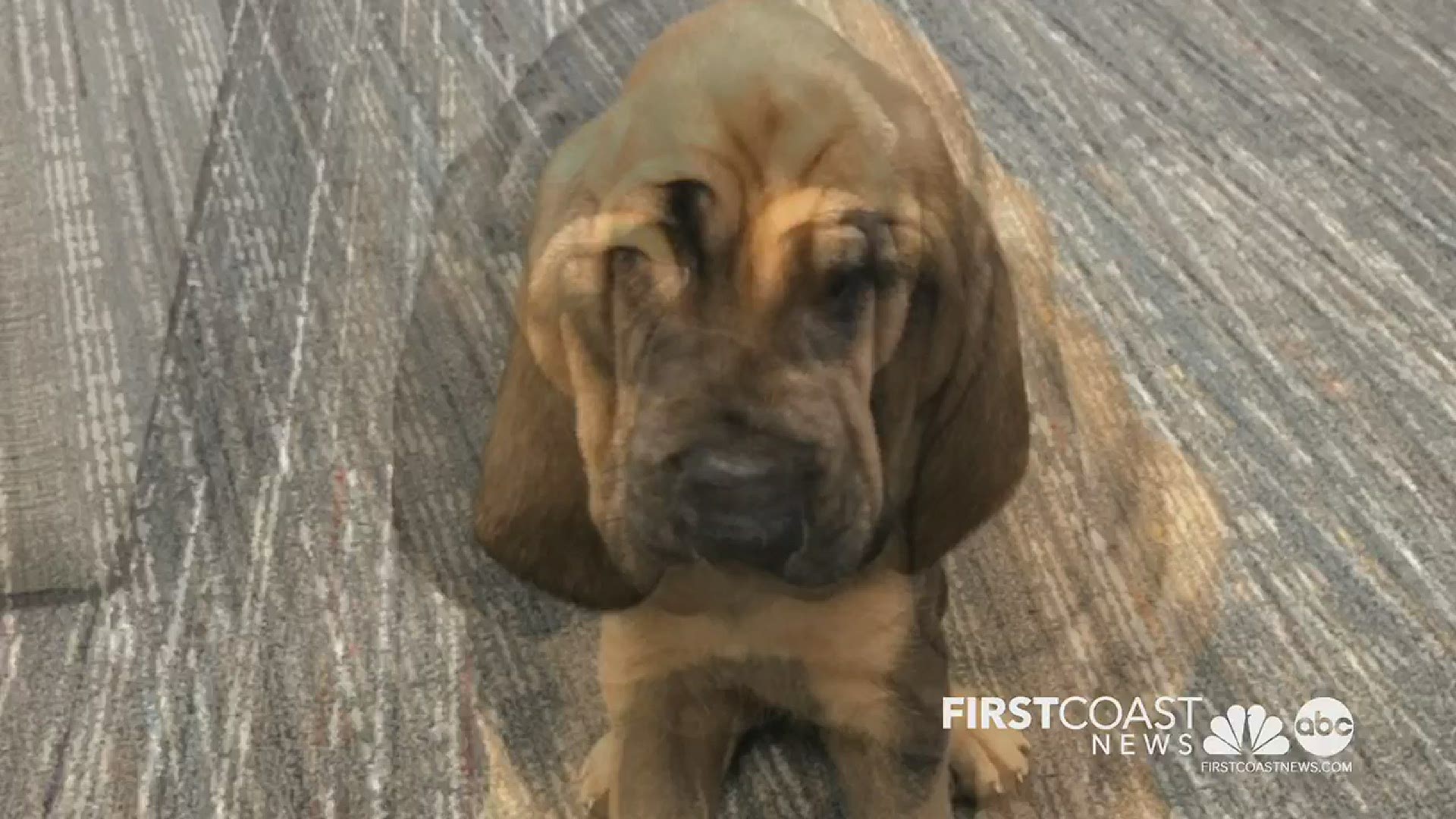 Florida has the second-highest population of people with Alzheimer's Disease. More than 580,000 people in the state have the disease and are prone to wander and get lost.

The Nassau County Sheriff's Office is one of five Florida sheriff's offices to get missing person's response training and resources for the community through the newly-passed Bring the Lost Home Project.

K9s track people by smelling items such as clothing, but the problem with that is other people may have touched the items, contaminating them with multiple smells.

“We have a new program. It’s a scent program for our K9s. It’s geared towards those who have Alzheimer’s or autism that may tend to wander," Nassau County Sheriff Bill Leeper said.

“A scent is like a fingerprint," Leeper said. "The important part is getting a scent of that individual into the noses of our tracking K9s so that we can find them quicker.”

One-and-a-half-year-old Bloodhound Raven is one of the scent K9s at the Nassau County Sheriff's Office. She puts nose to jar using scent from a container in the kit to track missing people.

“The kit is designed to capture your human odor and store it," Paul Coley said.

Paul Coley is the CEO of scent evidence K9, the company providing the kits.

“If his child goes missing, his odor’s going to be on there, his wife, other people that are coming in to search, so it’s a contaminated scent article. There is a process we can use to help eliminate some of that, but we never get it all," Coley said.

The kits include gauze to collect scent from a person, and then the gauze is placed in a sealed jar.

“We hope this program makes our community safer. We’re always looking for opportunities to do that," Leeper said.

A flash drive is also included in the kit. You can save your loved one's information on it. You can contact the Nassau County Sheriff's Office if you would like one of the kits.