"We owe a debt of gratitude to K9 Fino for his selfless service to the citizens of this great city. Enjoy your retirement, Fino." 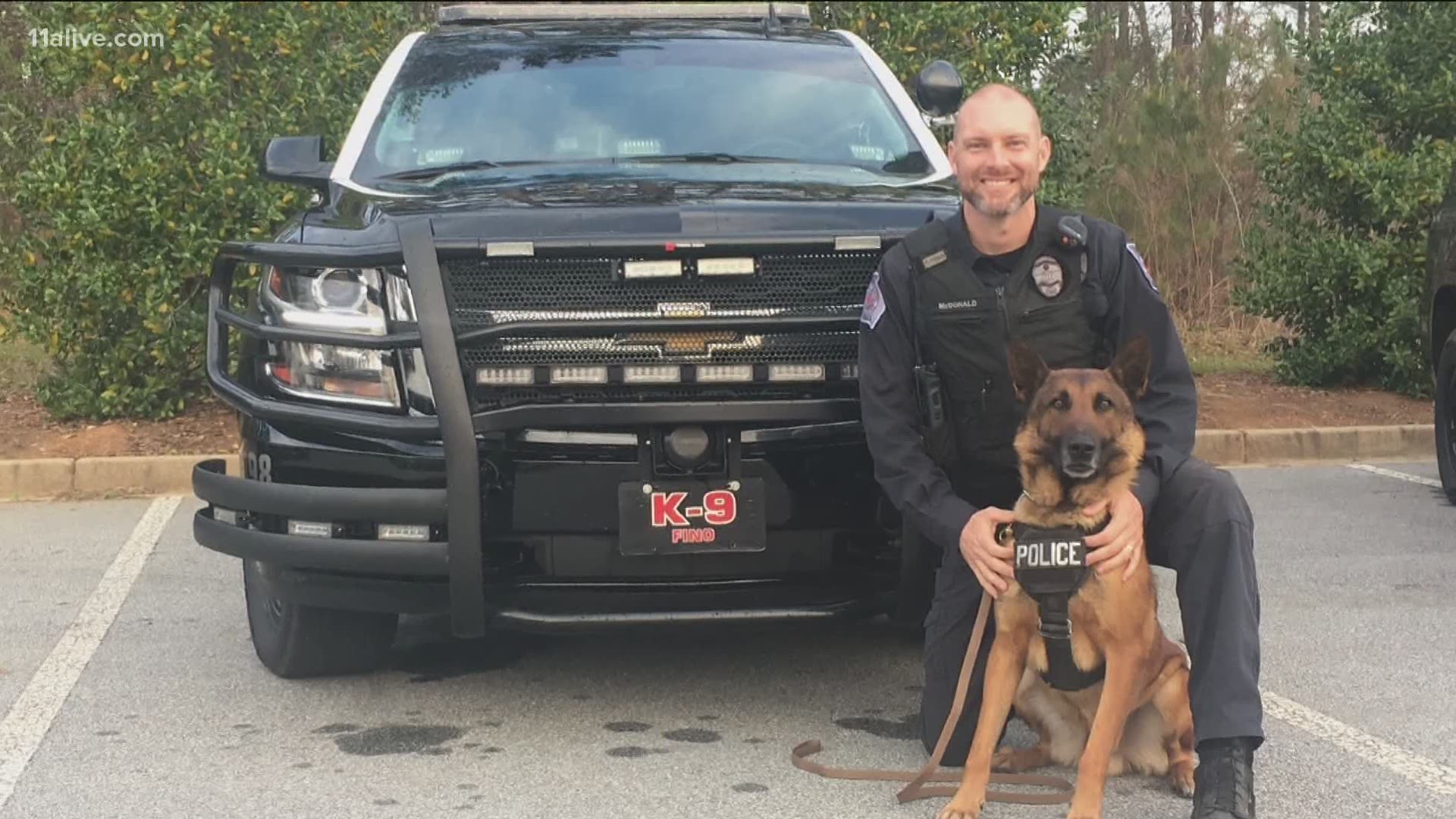 DOUGLASVILLE, Ga. — Douglasville's "most-successful" K-9 officer can now spend the rest of his days enjoying treats and having fun with family after years of service with the city's police department.

The Douglasville Police Department expressed their gratitude for K-9 officer Fino's work in a heartfelt Facebook post on Monday.

"We owe a debt of gratitude to K-9 Fino for his selfless service to the citizens of this great city.  Enjoy your retirement, Fino," the post states.

The post says Fino came to the department from France through Arete Canine — a canine training facility in Marietta, according to it's website — and was paired with officer Mike McDonald, a K-9 handler of more than 15 years.

K9 Fino is retiring from his service as a working K9 for the Douglasville Police Department. What a ride it has been,...

After 12 weeks of handler school, Fino and McDonald took to the streets of Douglasville to fight crime and keep their community safe, they said.

According to the post, Fino is finishing up the "most successful" tenure of any Douglasville Police K-9.

An April 2020 Facebook post from the police department states Fino and McDonald once teamed up to track down three "dangerous" suspects who ran away from crime scenes. Two of those captures happened in one day.

"Fino’s success is a testament to his amazing abilities and the endless hard work of Officer McDonald," they said.

Fino was McDonald's second police dog. They say he will be spending his retirement enjoying the rest of his days with the McDonald family at their home.

"To answer a very common question, K-9 Fino will retire to the home of Officer McDonald and live out his remaining years relaxing and having fun with the McDonald family which he has certainly earned," they said.

The community response mimicked what the department said.

"Oh my goodness, this one has a special place in my heart. What a full circle moment for me from the day seeing him get his vest and now to retirement. I am so glad to see all the good he has done and that he now gets to just be a pet and enjoy out the rest of his days. Congratulations Fino!," Heather Lee Wilson wrote in a comment on the Facebook post.