Several firearms were found at his home when he was arrested. 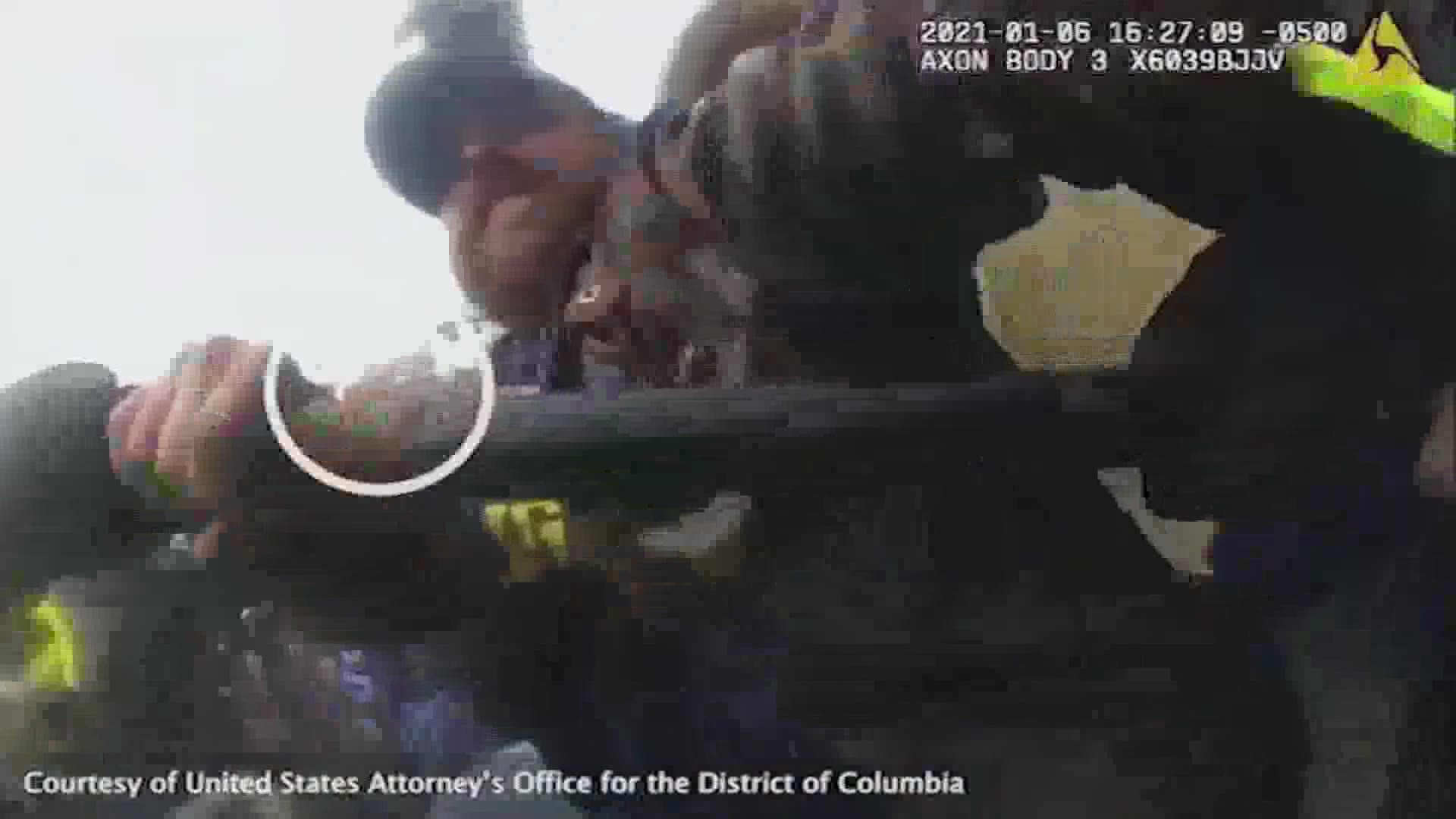 An Orange Park man arrested last week over his part in the Jan. 6 riot at the U.S. Capitol will stay in jail until he faces a judge in Washington, a Jacksonville judge said Tuesday.

“I have to take into consideration the nature and circumstances of the offense,” U.S. Magistrate Monte C. Richardson said before ordering Adam Avery Honeycutt, 39, held without bail.

Honeycutt, a bail bondsman, is the first of four people brought recently to Jacksonville’s federal court on charges from the riot who was not released after an initial hearing.

He was charged, like others, with two misdemeanors, often charges for which it’s easier to arrange release before trial.

But Richardson, who didn’t handle the other cases, said the mob attack on the Capitol was “quite disturbing” and that he wasn’t satisfied circumstances warranted Honeycutt’s release.

“You would agree that breaking into the U.S. Capitol is a serious matter,” the judge responded after defense attorney Lewis Lee Lockett pointed out that the specific part of a statute used to charge Honeycutt applies to parading or picketing in the building, not acting violently.

One police officer and four civilians died in the chaos when supporters of former President Donald Trump shut down the Capitol for several hours while Congress was certifying the results of the 2020 presidential election.

Richardson ruled against releasing Honeycutt after a hearing where a prosecutor described four handguns, three rifles and 5,000 rounds of ammunition FBI agents found when they arrested him at home. Assistant U.S. Attorney Laura Cofer Taylor also said agents found marijuana and drug pipes and that Honeycutt volunteered that he regularly smoked pot.

Taylor said video of the Capitol the day of the attack showed Honeycutt leaving the building through a broken window and that he appeared to be one of several people in another image carrying a “12- to 15-foot” board she said rioters used to try to breach a doorway.

Lockett said those images hadn’t been part of the case the FBI laid out in its initial court filing, called a statement of facts.

That filing said FBI agents looked into Honeycutt after two people forwarded tips about posts from Washington on his Facebook page. The filing said agents found video apparently shot inside the Capitol and a picture of a broken furniture leg with a bar code property sticker stamped “U.S. SENATE SERGEANT AT ARMS 202-228-4357.”

Saying he tried later to downplay his involvement, the filing said Honeycutt posted the following message on Facebook four days after the riot: “I appreciate all the concern. But don’t worry, I was not part of the violence. I just documented history. Hell, I was at the food truck when the s--- hit the fan.”