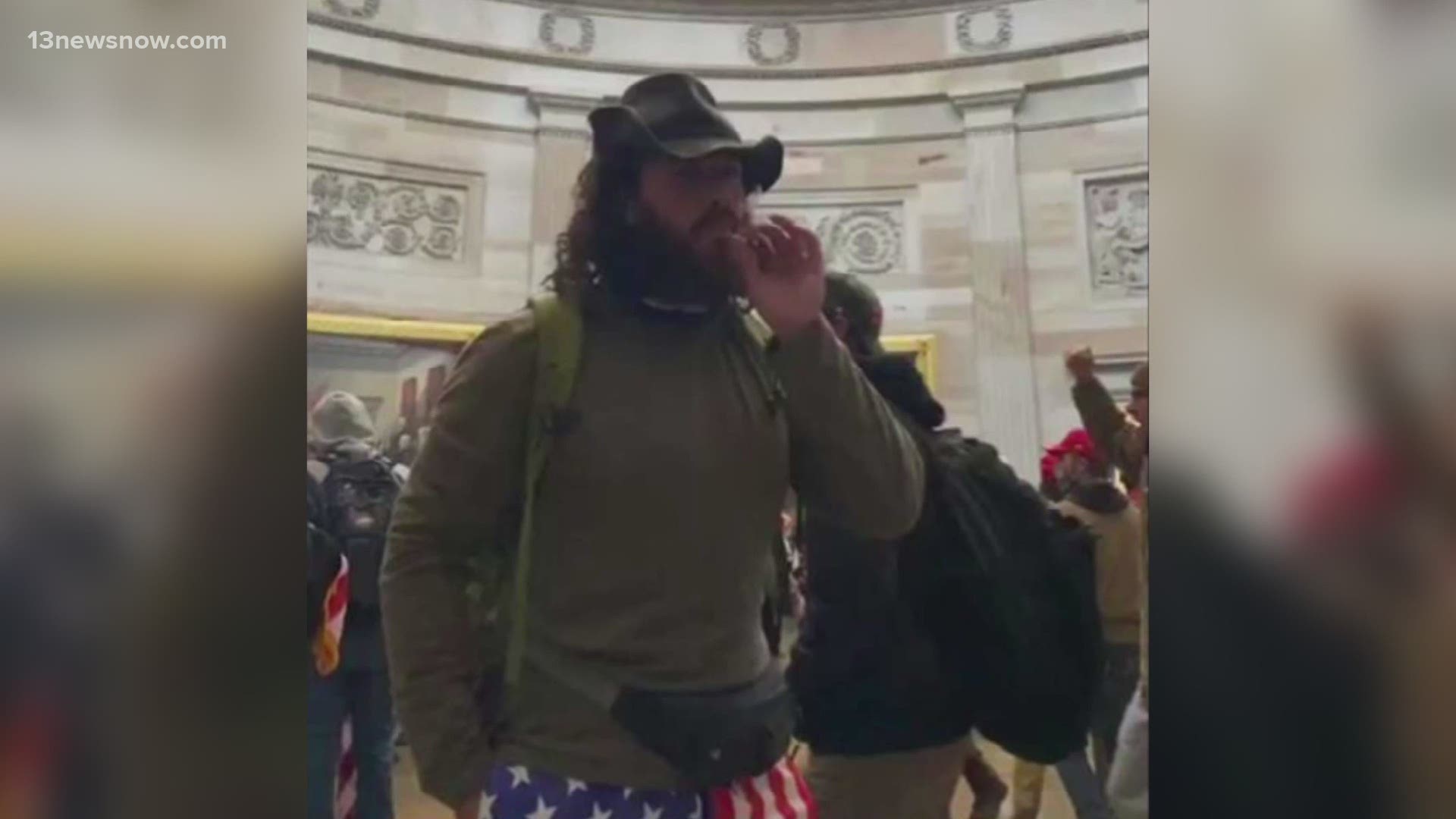 The 32-year-old man faces four misdemeanor charges related to his alleged participation at the insurrection on Jan. 6, including knowingly entering and remaining in a restricted building without lawful authority, and violent entry and disorderly conduct.

The judge in Friday's hearing declared Gonzalez a flight risk and decided to issue a written order of detention. That means he will be detained in Hampton Roads until arrangements are made for his transfer to DC.

"I'm at a loss as to what conditions I can impose that would assure this defendant's appearance ... based on announcements he's made and based on his conduct," the judge said.

.@FBINorfolk arrested the Capitol rioter dubbed the ‘Doobie man’ at an apt. in VB Tues.

His 1st court appearance is in Norfolk today,charged with:
-Knowingly entering/remaining in a restricted bldg. w/o lawful authority
-Violent entry&disorderly conduct @ the Capitol #13NewsNow pic.twitter.com/djf80bHSmR

A criminal complaint, written by an FBI Special Agent from the Washington Field Office says Gonzalez is seen on camera lighting a joint while inside the Capitol’s rotunda.

It details a member of Gonzalez's family identifying him to the FBI on Jan. 20. The tipster is said to have seen him in a YouTube video titled "Man smoking a doobie weed at capitol dome Donald Trump supporters," and then a follow-up video, "The Capitol Rotunda Doobie Smoker explains why he did it."

The complaint says in that video, when asked why he would smoke a joint in the Capitol, Gonzalez answered, "Freedom."

The complaint also says Gonzalez live-streamed a video where he discussed going to the Capitol to “take our country back."

The FBI went on to confirm Gonzalez's identity with Airbnb records and a plane ticket under his name. Eduardo Gonzalez had been staying in a rental home Alexandria, Virginia, since Jan. 1, and had a flight from the Ronald Reagan Washington National Airport to the Los Angeles International Airport scheduled for Feb. 1.

The complaint also references an hour-long Zoom video from Jan. 7, where Gonzalez allegedly shared videos and photos taken inside the Capitol Rotunda the previous day.

During the hearing, a prosecutor described the way in which law enforcement located Gonzalez.

A prosecutor said he was hiding in an apartment off of Laskin Road with a friend referred to as “Jay M.”

Recently, a Virginia Beach Police Officer knocked on the apartment’s door for an unrelated incident involving the sound of gunshots. The officer heard whispering, but Jay M. answered the door and said he was the only person in the apartment.

Prosecutors say later, Gonzalez mentioned the police officer’s visit during a live-streamed online video, where he said he hid in the closet and said “It was so scary. I have an escape plan.”

That’s what led to Norfolk FBI locating and arresting him.

The court documents say in one of those videos shared in the Zoom, he can be heard laughing and "sarcastically" saying, "Yeah, this is the most protected building" followed by "time to smoke weed in here!"

He's also accused of passing out joints to other people in the rotunda.

During the hearing, Defense attorney Rodolfo Cejas told the court Gonzalez would be compliant in the process if released, and said he has no criminal history.

Gonzalez's next court date has not been set. 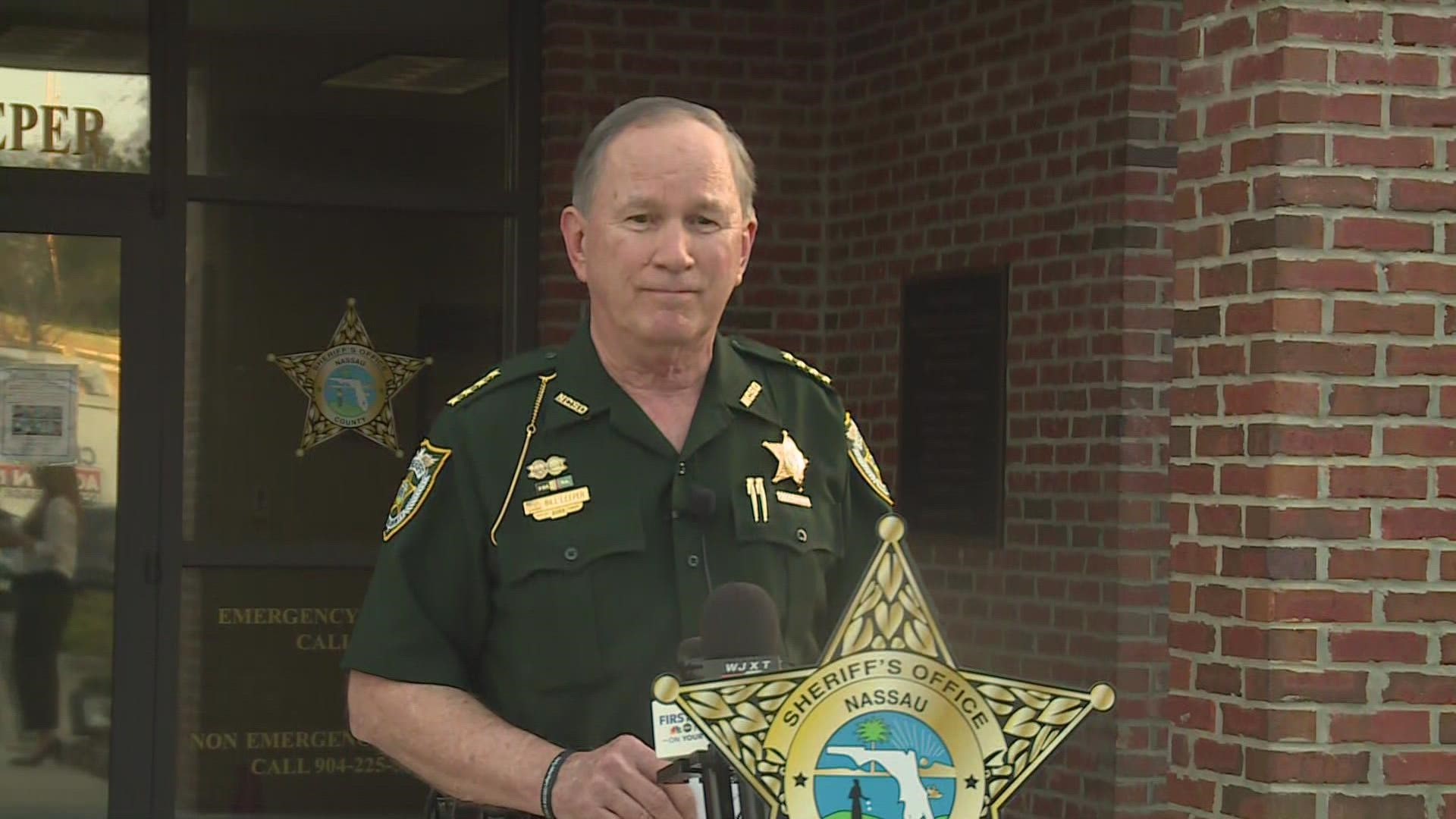