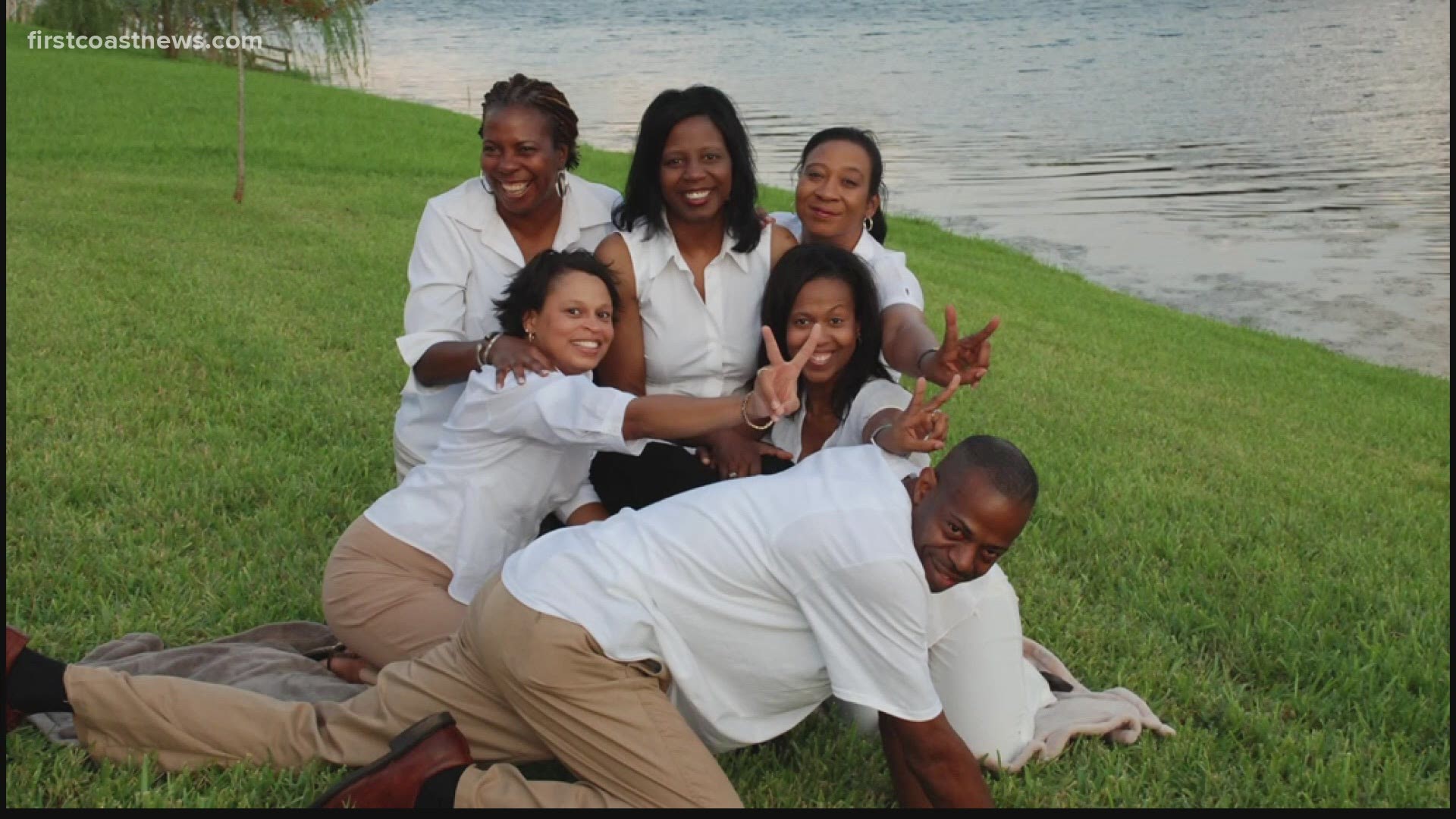 JACKSONVILLE, Fla. — It is often called Lou Gehrig's disease, after the famous baseball player, but Amyotrophic Lateral Sclerosis (ALS) is a neurodegenerative disease that leaves families in pain.

"I was not born yet when my grandmother died from ALS in 1994, " said Aleia Kristene.

Kristene, 25, was born two months later and would learn the devastating effects of the disease.

She describes her family as close-knit, and that's why the pain of loss is even greater.

Kristene was a sophomore at FAMU and said the pain was too much.

"I was very angry and confused and did not know why this kept happening to us, so I enrolled myself in grief counseling," she said.

While in counseling, she was encouraged to journal her thoughts and emotions to help her cope.

But ALS would strike again, and in 2019 another aunt would die from the debilitating disease.

"You can't help but worry because it is happening so much," said Kristene," It is definitely very scary and you know I've learned to cope with it better"

She says what has helped is her faith and her writing.

Her journaling motivated a book titled "Lost and Found: Discovering Purpose Through Pain."

It also led to a screenplay called "4 Voices Unheard."

"How I cope with it is by writing," she said.

The movie, a tribute to her relatives, was completed before her aunt's passing in 2019.

It seems unusual to have that many members of one family to die from the same disease, a neurological disorder.

Her mom has no symptoms and neither does Kristene. She said she remains positive.

"I just want to let people know that after the rain there is always a rainbow," said Kristene, " I see the positive in this, I still have hope."

ALS causes muscles to weaken. It also gets harder to walk, talk, eat and breathe. There is no cure.

"With ALS the symptoms come out of nowhere," she said.

Kristene is waiting for her movie script to be picked up and lead to production. She believes it will give people a better understanding of the disease through her relatives' experience.