An Ortega couple whose home appraisal came in far below expectations "white washed" their home before a second appraisal and saw the estimated value jump 40 percent. 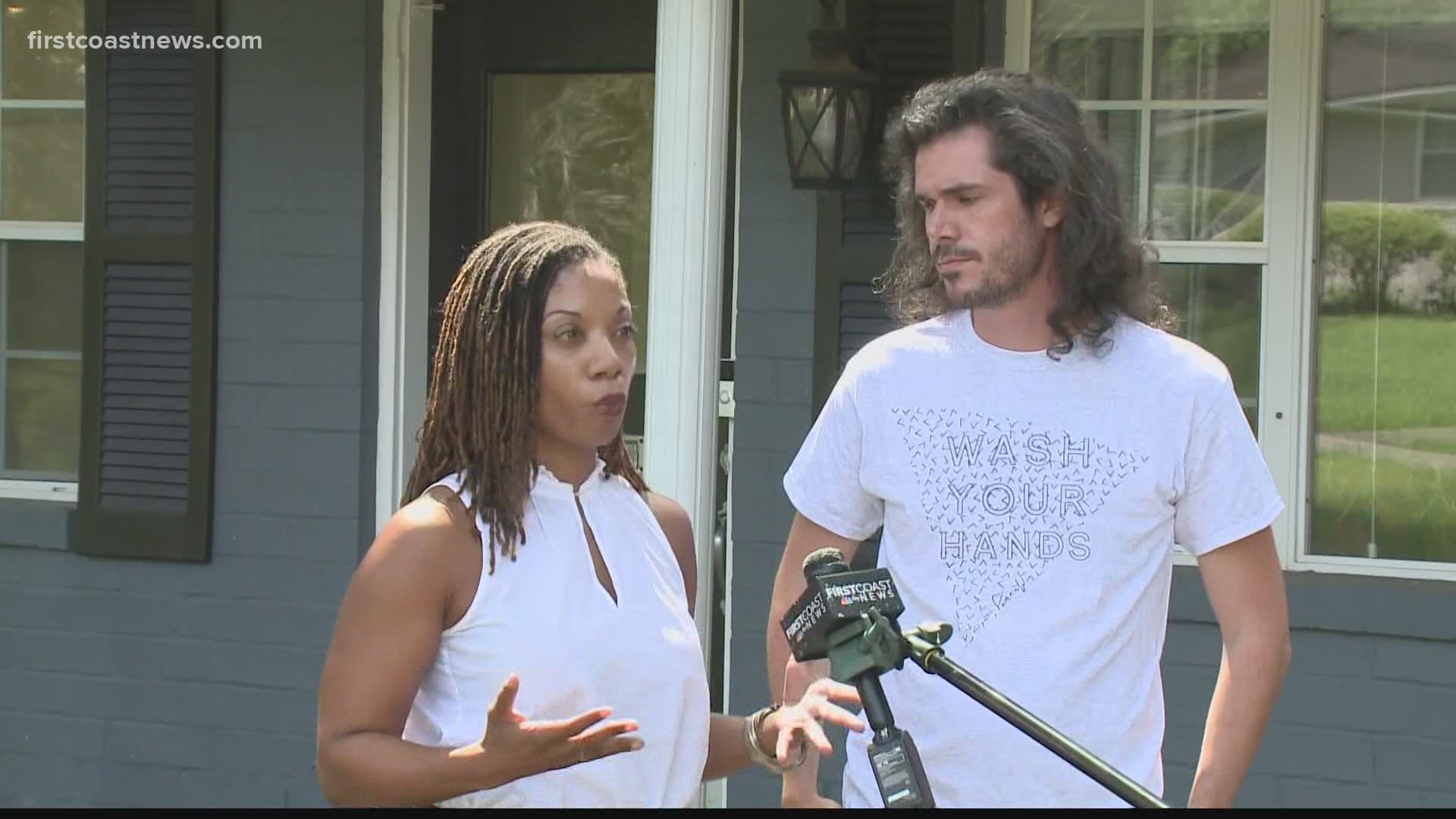 JACKSONVILLE, Fla. — An Ortega couple whose home appraisal came in more than $100,000 below expectations tried an experiment. According to a Facebook post and a story in Tuesday’s New York Times, Abena and Alex Horton sought a second appraisal -- but first, they redecorated their house.

According to Abena Horton's post, "we took down all family pictures containing Black relatives. We took down all pictures of African-American greats that we display to inspire our son. Zora Neale Hurston and Toni Morrison came down from the bookshelves; Shakespeare went up. My son and I took a convenient shopping trip during the appraisal, leaving my white male husband to show the appraiser around, alone."

“My heart kind of broke,” Ms. Horton told the Times. “I know what the issue was. And I knew what we needed to do to fix it, because in the Black community, it’s just common knowledge that you take your pictures down when you’re selling the house. But I didn’t think I had to worry about that with an appraisal.”

“On generational wealth. So. We needed to get our home appraised. The appraiser came by and he was immediately unpleasant - making one rude comment after another,' she wrote." He expressed exaggerated surprise when he saw me working at my home office during the walk-through. At the end of it we received an appraisal result that was so low that it was laughable. We appraised far lower than *neighboring* home sales with fewer bathrooms, fewer bedrooms, significantly lower square footage and half the land. I knew immediately what needed to happen. ..."

Horton said that's when the family "whitewashed" their home.

"We appraised $135,000 higher the second time around. The amount of an entire house in some areas," she wrote. "Racism silently but conspicuously steals wealth. Racism wastes time. Racism raises blood pressure. Racism makes me hate myself for my calm acceptance of what I had to do, and have always had to do, to achieve a fair result. I write this from a place of absolute anguish, to sort through my emotions. I want better for my son. #BlackLivesMatter."

RELATED: Hear from the couple and see the action they're taking | 'It was gutting': Family says home's appraised value soared after they removed all traces of 'Blackness' from their home