The demonstrations in the wake of the death of George Floyd has given birth to a new level of consciousness everywhere, even at Douglas Anderson. 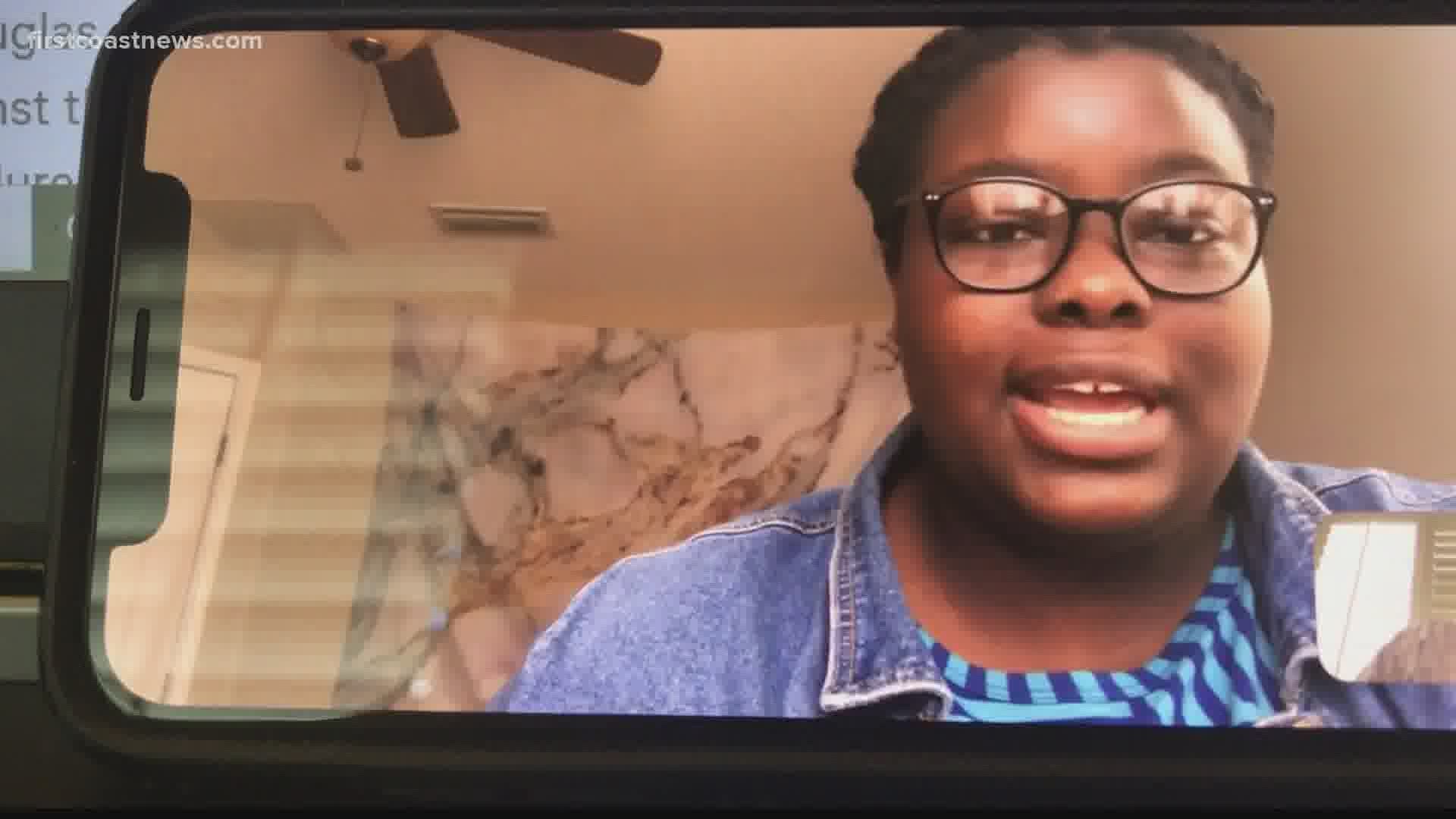 JACKSONVILLE, Fla. — Douglas Anderson School of the Arts is a well respected school, named after an African American civil rights activist, but students are reflecting on their experience at the school to help identify issues of racism.

The demonstrations in the wake of the death of George Floyd has given birth to a new level of consciousness everywhere, even at Douglas Anderson.

Collins and Madison Kiernan, two graduates, asked other alums to share their testimonies on race at the school and to share it online.

"A lot of people left broken in pain that the school brought on to them," Collins said. "I personally wasn't surprised by a majority of the testimony."

On June 6, Madison and Collins took their findings to the school administration in a virtual meeting.

"We weren't getting any answers at all," Collins said.

She said the meeting ended on a disappointing note, but they would follow with a petition on Change.org.

It is being called an Open Letter Against Racial Discrimination.

"We weren't expecting that big of a response," Rissia Garcia said.

Garcia also graduated from Douglas Anderson and is helping with the petition; it has garnered 910 signatures and the goal is to have 1,000 signers.

"The petition asks for a public apology and public acknowledgment," Garcia said.

On Wednesday, the school administration sent a letter to students saying it is listening and change is coming.

"Since my letter to you on June 8, the DA leadership team and district leadership have been actively listening to our school community. We are working together to ensure we are upholding our belief that the arts bridge differences among all people.

I want to provide you an update of our progress in creating needed change in our school so that everyone feels they have a place, are seen and heard, and truly belong.

I want to start by thanking those who have already emailed me to express an interest in joining the DA Culture Advisory Group that will start when we return to school in August. I am excited to work together and to listen and learn from each other so we can determine where we need to improve and ensure that change takes place at the school we all love.

Second, a group of DA Alumni along with Jane Condon, a former principal, have reached out eager to help the school create change and improve. This group is creating a forum to give both current and past students a safe space to openly share concerns and suggestions. Once I have a date for this meeting, I will share that information with you, so you can join in on the discussion if you desire. This group will then compile all concerns shared and collaborate with DA, district leadership, and various stakeholders to help put policies and plans in place to move our school forward.

I plan to send updates throughout the summer as progress is made.

As always if you have any questions, concerns, or suggestions please feel free to email me at hammerm@duvalschools.org. I truly appreciate all the messages I have received over the past few weeks. It is evident that we have a student body driven to create change and make a difference in our community. This is a process we must all be involved in. I can assure you we are on the path to making DA the best it has ever been, and I am committed to listening to you and working with you as we travel this path together.

What began as a question of students' experiences turned into a social media post of their unforgettable experiences with racism.

Now it has become the impetus for change.

"They're taking steps in the right direction," Collins said.