'It was gutting': Family says home's appraised value soared after they removed all traces of 'Blackness' from their home

Ortega family says their home's value jumped 40% after they removed Black art, Black authors and Black residents from the home. 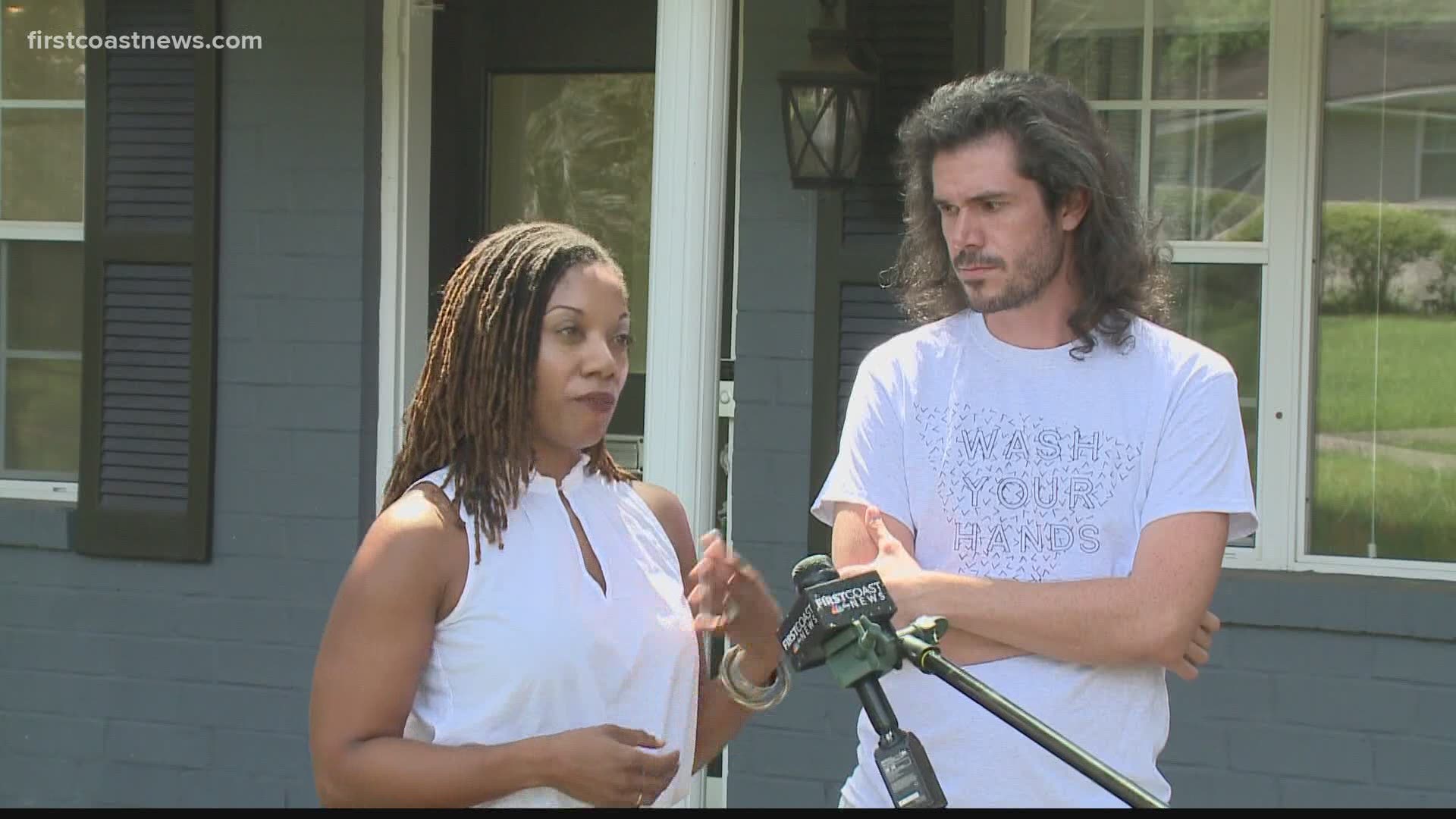 An Ortega family says their home jumped in appraised value by 40% after they removed all traces of Black culture from the home. They call their "experiment" living proof of the kind of institutionalized racism that creates a substantial wealth gap for people of color.

Their story, first published on Facebook and picked up Tuesday by The New York Times, showcases a valuation discrepancy that the family says is fundamentally racist.

When seeking to refinance their home, Abena and Alex Horton were shocked to learn it was valued far below their neighbors' -- even though they had more bedrooms, more bathrooms and twice as much land.

Abena Horton, a lawyer in Jacksonville, said she sensed the mood shift when the appraiser saw the home's interior -- and her.

“I saw the appraiser interacting with my husband [outside] and everything seemed normal," she recalled. Then "he came inside to look at the rooms and whatnot, and his attitude, I feel, started to shift."

The three-year homeowner said the appraiser seemed confrontational, even hostile.

“In the back of my mind, I knew it wasn’t going to go well, because I felt the negative energy inside the home,” Abena Horton told First Coast News.

“We got the report back, and [Abena] called me and said, ‘Hey this is kind of weird. This seems way off," Alex Horton said.

The bank scheduled a second appraisal, but before that happened, as Abena Horton wrote in a Facebook post, she decided to conduct an experiment.

“I thought that most likely it will make a difference if I took down family pictures we had, and basically any markers [that] there were African Americans living in the house,” Abena Horton said.

In a Facebook post gaining over 20K likes, shares and comments, she detailed the changes she made.

"We took down all pictures of African-American greats that we display to inspire our son. Zora Neale Hurston and Toni Morrison came down from the bookshelves; Shakespeare went up. My son and I took a convenient shopping trip during the appraisal, leaving my white male husband to show the appraiser around, alone," she wrote in the post.

She suspected what would happen, but it didn't make the reality any less painful. “It was gutting," she told First Coast News. "It felt terrible."

"Even though we got the appraisal we wanted," Abena Horton said, "it felt terrible to know that maybe that had an impact on making the house value higher in the eyes of the appraiser and the bank."

Credit: First Coast News
Abena and Alex Horton were shocked to learn their home was valued far below their neighbors. After removing 'blackness' the appraisal jumped 40 %.
Post by abbbbbbSH.

Alex Horton says the first appraiser even forgot to include an entire bedroom in the appraisal. (The appraisals were conducted by two different companies.)

“It seemed like incompetence that to us was suspicious based on what transpired inside the home,” Abena Horton adds.

Abena Horton says she filed a complaint with the U.S. Department of Housing and Urban Development and she expects them to investigate.

“Even though this is personally a little embarrassing for me, all the attention this received, I take some solace in knowing others are being educated and talking about these issues that have been silent and under the table for too long,” she said.

“Black Lives Matter, but black wealth also matters,” Abena Horton said. "And we need to be able to attain the equity of our homes our neighbors can attain."

You can file a complaint with HUD on their website if you feel you've experienced housing-related discrimination.