When the Ximenez-Fatio House Museum re-opens June 1, everyone will be required to wear masks. 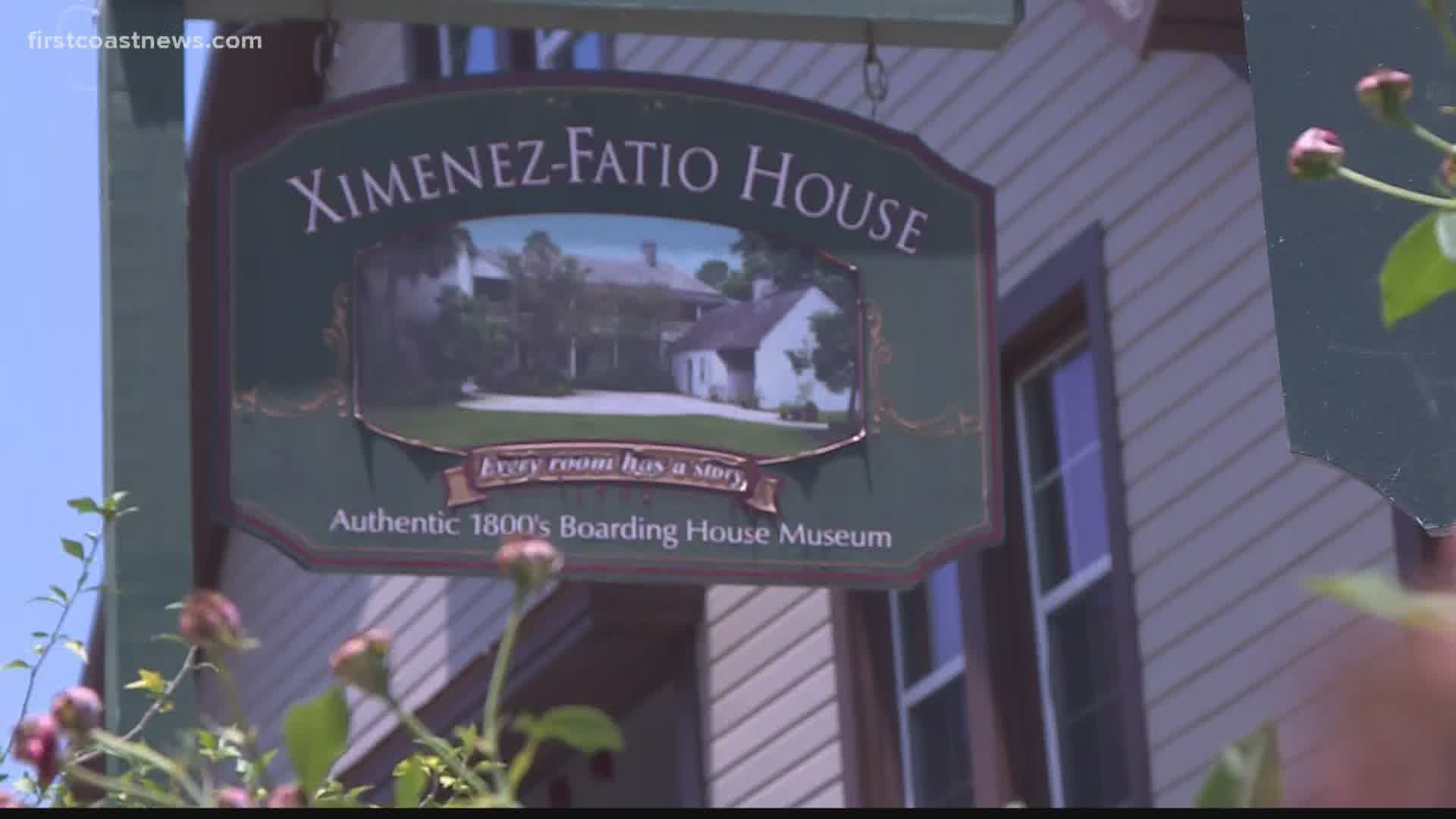 Roger and Christina Smith run the Ximenez-Fatio House Museum in St. Augustine. Just like how the house from the colonial times is a gem in the old town, so are they -- they often dress up to tell other people's history.

But in March, they became part of modern-day history. Christina Smith got sick with the coronavirus.

"My joints hurt. I kept getting headaches in my eyeballs. I was having trouble breathing," she said.

"I dropped her off at the curb," he said. "The [hospital staff] assisted her to the tent. I said, 'I’m going to go park the car.' And they said, 'No. You go home. We’ll call you.' On the drive home, I was very emotional. I’m thinking… is that it? Is that the last time I’ve seen her?"

Christina Smith was in the hospital for three days.

"It was very scary. It was lonely," she said.

No one, not even Roger Smith could visit.

"This was the toughest apart time we've ever had because it was scary," he said, holding back tears.

But Christina Smith recovered quickly. She believes she had a mild case. Because Roger Smith had been exposed to her, the two quarantined for 30 days at home.

When the Ximenez-Fatio House Museum re-opens June 1, everyone will be required to wear masks. And if you don’t have one, you can buy one on the premises for 50 cents.

"We're strong believers in masks," he said. "This is private property. So we have the right to ask that."

He said it's to protect their staff, as well as their visitors.

Speaking about the virus, Roger Smith said, "It’s nothing to mess with."

Christina Smith added that she won't mind telling guests if they ask, "I’ve had it. You don’t want it. You can wear a mask or we’ll see you when it's safer."