Unemployment Maze: Man waits on pending after losing job and sister to COVID-19

Willie Hollis says when his sister died, he went to go be with family. He tried to go back to work. His boss required him to get a test but he couldn't get one. 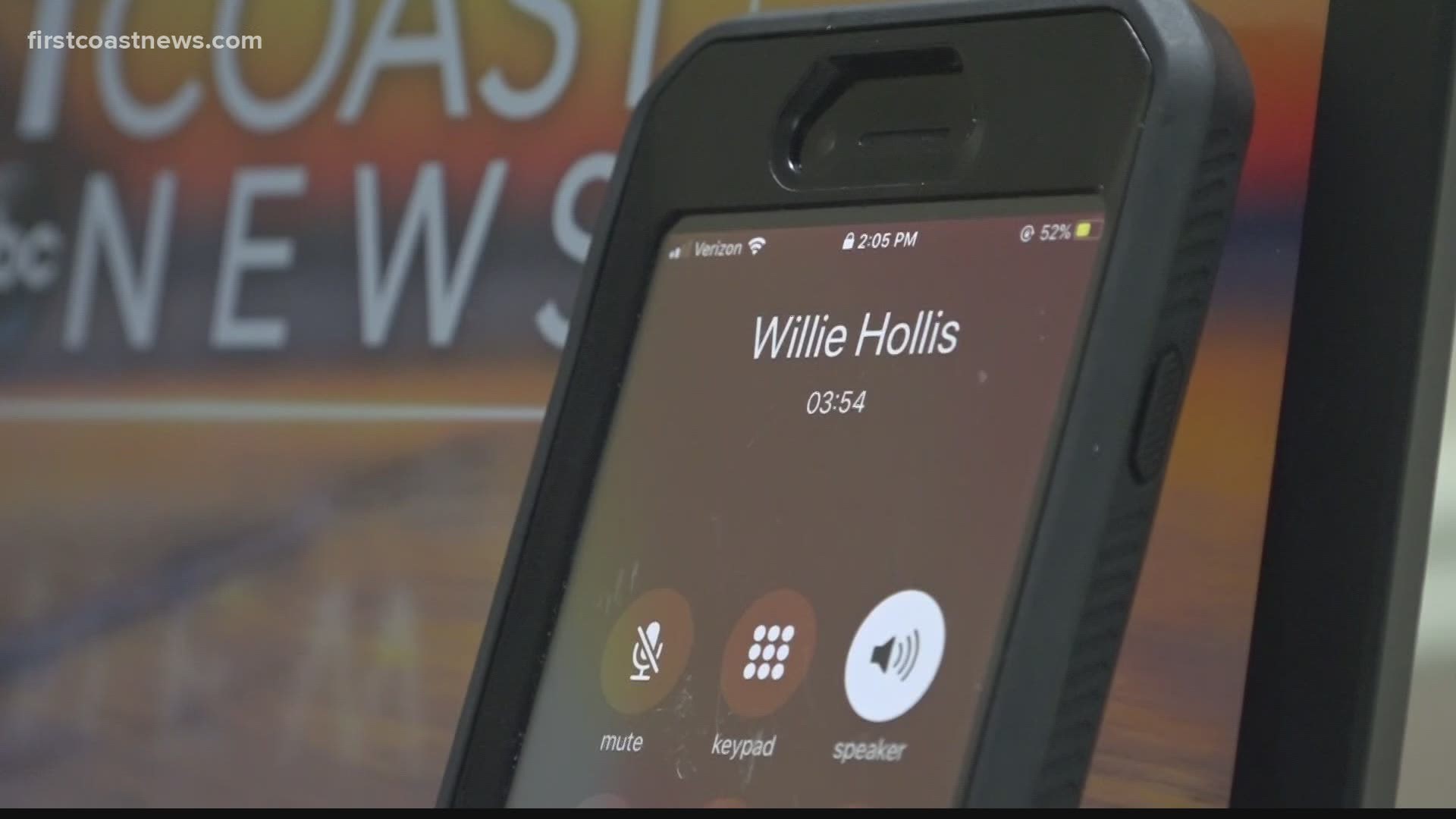 JACKSONVILLE, Fla — "I’m doing terrible," says Willie Hollis. He gets straight to the point. He can't pay his bills. He still has no answer from the Florida Department of Economic Opportunity about the status of his unemployment claim.

“A family member got sick from COVID-19. The governor called for a shutdown on the 10th that’s why I left on the 9th because my family member was already sick," Hollis says.

When he tried to go back to work, he says his supervisor asked him to get tested. That was when the state was only testing people with symptoms so Hollis had to wait and search for a place that would test him.

RELATED: Here's where to get tested for coronavirus across the First Coast

By the time he could get a test, he says the company replaced him. That was around April 15, and that’s when he applied for unemployment benefits.

Since then, he's been stuck on pending.

He keeps asking though. The nice people on one line will tell him to call another line where he says no one ever answers.

“I even go to bed early so I can wake up early hoping I’ll be the first one to call and I still can’t get them," Hollis explains.

He's been stuck on pending for five, going on six, weeks.

Last week, First Coast News asked Governor Ron DeSantis how many people are stuck on pending. He did not answer.

RELATED: Governor refuses to answer how many unemployment applications are stuck 'pending'

The DEO's website says you should return to the CONNECT system every two weeks to request your benefits even when your claim in pending for review. Hollis says he does that.

The website also includes "Why am I still pending?" as one of their frequently asked questions. The answer: If your status says pending, the department is still reviewing and processing your application.