The original names of both schools are automatically on the ballot in addition to the proposed names. 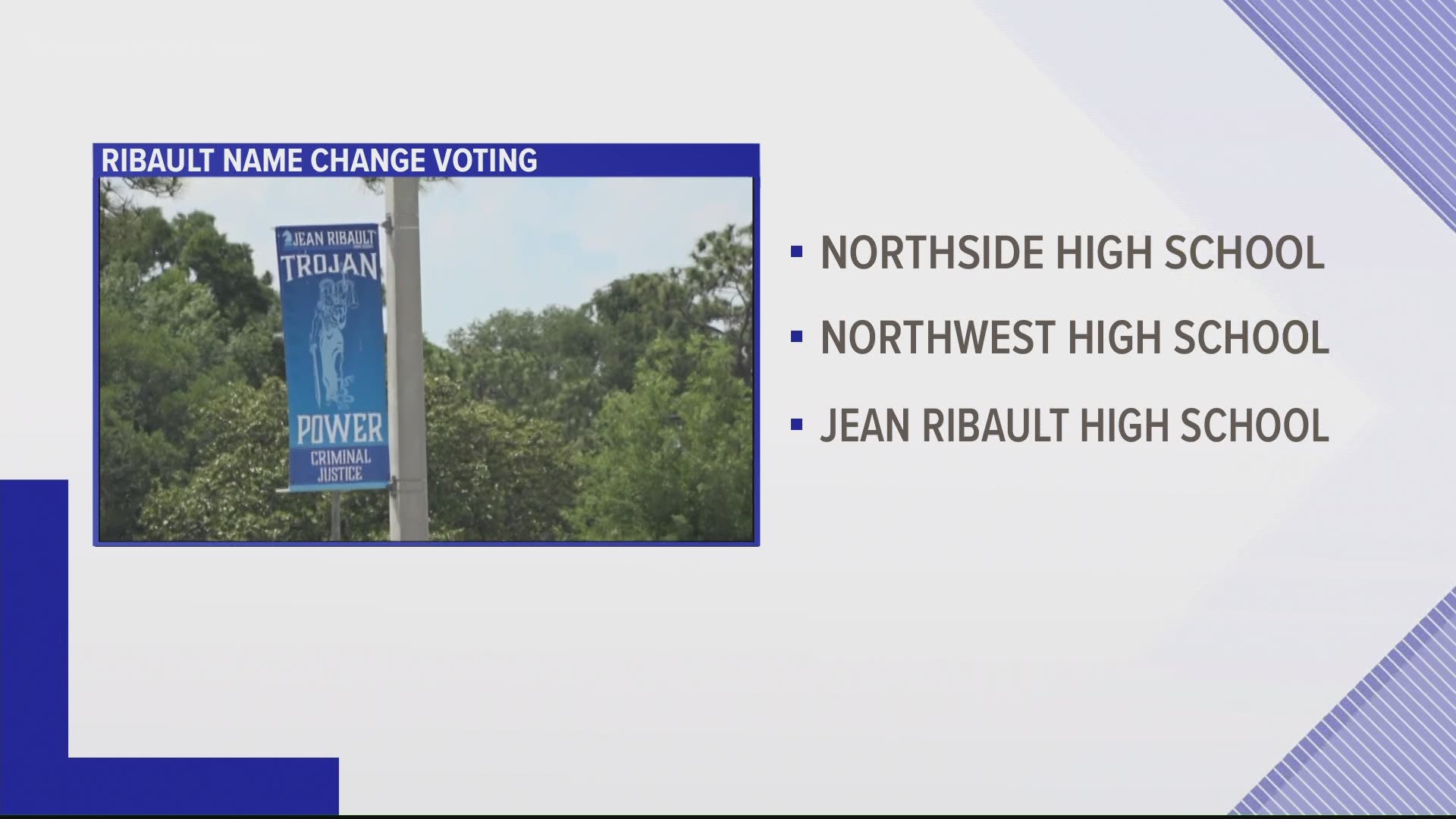 The proposed names for Ribault High School are:

The proposed names for Lee High School are:

The original names for the schools are always listed on the ballot whenever there is a vote to change the name of a school, according to the district.

There are several groups who will be allowed to vote for a school's name, including:

Community balloting is expected to start for both Lee and Ribault high schools later this month.

In the past several months, students, parents and community organizations have pushed to rename schools in the city that bear the name of controversial historical figures, including Confederate leaders.