After several community meetings this week, Duval County Public Schools has ironed out who can cast a vote for nine schools with names tied to controversial figures. 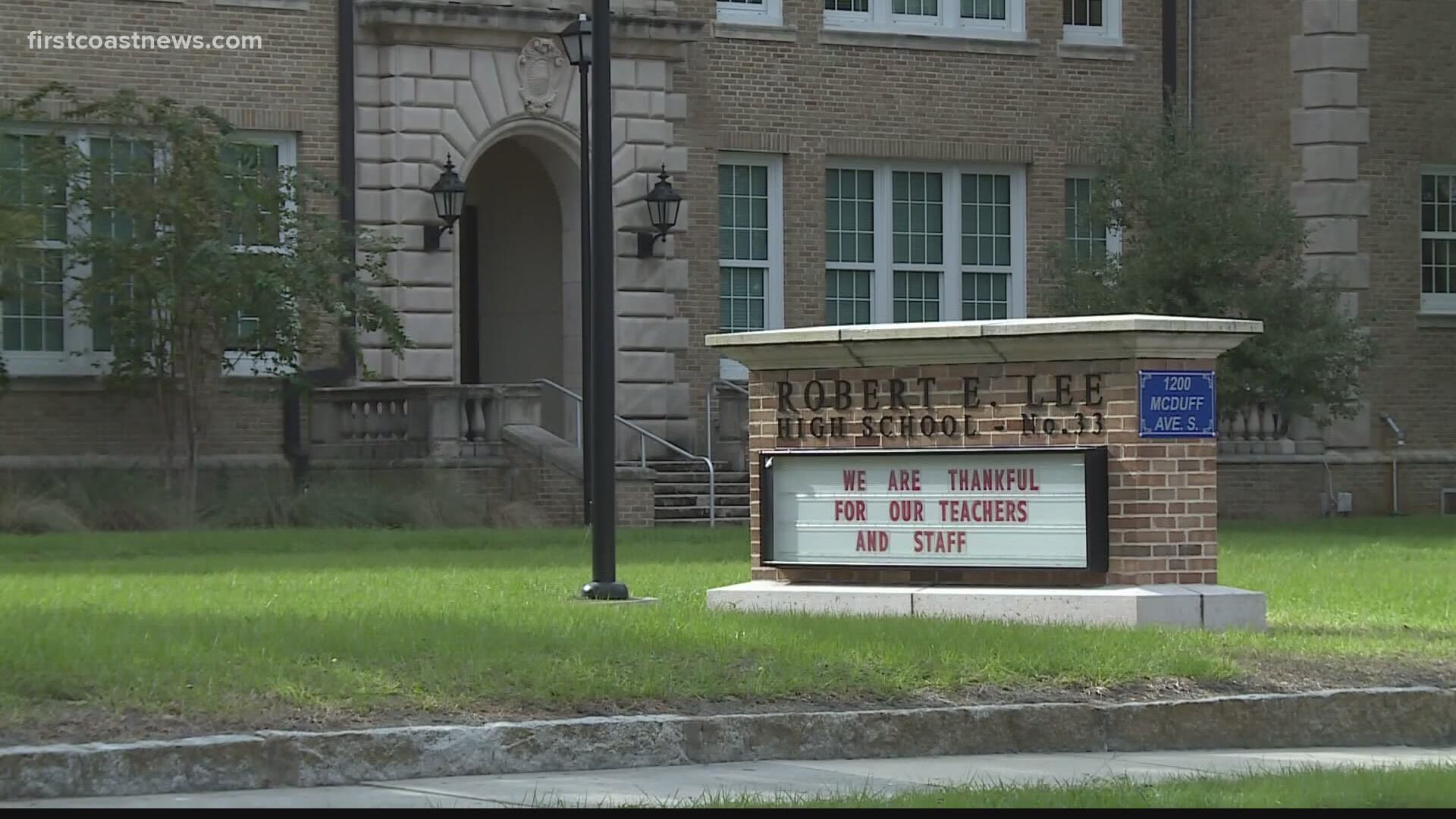 JACKSONVILLE, Fla. — Five schools in Duval County will start the process of voting on whether to keep or change its names which are tied to controversial figures.

Robert E Lee High School, the subject of fierce debate between students and alumni this week, will cast its vote towards the end of April, but alumni and community groups curious about the voting process attended a Friday meeting among four Duval County school board members.

“This is a huge thing we’re tackling…we want everyone to feel they had a chance to go to bat,” school board member Lori Hershey said.

But changing a name—not so simple.

How much will it cost? Where will the funds come from?

The short answer is that those funds for potential name changes won't come out of the recently approved half-penny sales tax to fix infrastructure problems in school.

Where the funding would come from is to be decided.

The Friday meeting was more "procedural" said Hershey, and said it's an effort to have uniformity for all stakeholders involved.

Activist Ben Frazier of the Northside Coalition says the change is long overdue.

“It’s time to correct the mistakes of the past,” Frazier said.

Lee High School alumnus Norman Abraham who graduated in 1959 says the name change effort is attempting to fix something that isn’t broken.

“I don’t believe it’s something that bothers the students to go through the school with the name,” Abraham said.

During meetings this week, many voiced their concerns about Robert E Lee’s role as a Confederate general.

Alumni, students, staff, PTA members, members of the school advisory council, and residents in the school zone can vote, according to a news release from the district posted on Friday.

But Abraham thinks the district should listen to alumni over people without a direct connection to the school.

“It’s something we identify with, the alumni. And it seems as though it’s a national trend to change these names and we’re just against it,” Abraham said.

Nine school names could be facing changes over the next two months.

School board members say they want to make sure everyone has a chance to be heard.

Frazier says the sooner change is made the better.

“This issue is dividing our city, it’s time for us to stop fighting the civil war, stop whistling dixie and stop trying to turn back the hands of time,” Frazier said.

Each of the schools has a different timeline for balloting and community meetings.

You can check the district’s name change tracker here.