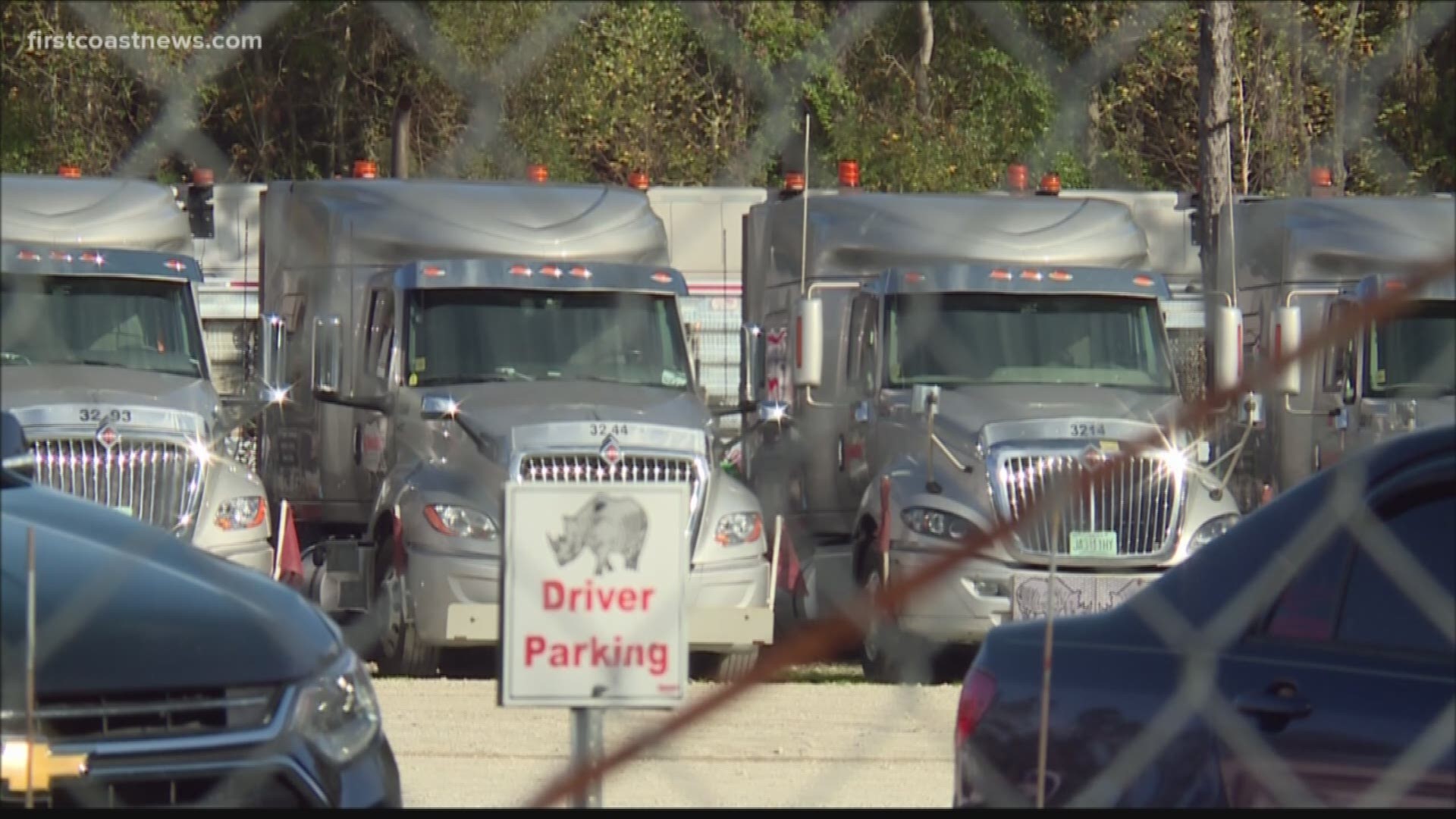 Police have identified a 56-year-old man as the suspect in Thursday's fatal Baldwin truck stop shooting which led to an officer-involved shooting less than a mile away.

The Jacksonville Sheriff's Office charged Leroy Edwards Jr., 56, with one count of 2nd-degree murder and four counts of attempted murder in the incident, according to a Friday release.

Police said Edwards worked for Rinaudo Enterprises Inc. and the shooting that happened at Pilot Travel Center was "a case of workplace violence, not a random act of violence."

Sources close to the situation told First Coast News Edwards had recently been fired from Rinaudo Enterprises Inc. and his vehicle was being retrieved when the fatal shooting happened.

Credit: Jacksonville Sheriff's Office
Police say this is the weapon used by 56-year-old Leroy Edwards in the shooting that happened at a Baldwin truck stop and subsequent officer-involved shooting.

The man who died was identified by his wife as Todd Phillips. He was a safety inspector at Rinaudo Enterprises, Inc.

When the Jacksonville Sheriff's Office arrived, they found Phillips dead with gunshot wounds, his wife said. Phillips, along with his colleague, Joe Parcell, were retrieving Edwards' company truck at the Pilot gas station, 1050 US-301 South, around 7 a.m. when the shooting occurred, sources said.

Parcell was also injured and transported to UF Health by helicopter, his niece said. The hospital said Friday he was in fair condition.

JSO's chief of investigations, T.K. Waters, said after the fatal shooting, Edwards took off in a semi-truck toward I-10. When police searched the area, they found him parked on the side of the eastbound lanes about a mile away from the first shooting, Waters said.

When officers tried to approach him, Edwards began firing at officers and struck their patrol vehicles. Three officers fired back injuring Edwards, Waters said. He was transported to a local hospital.

According to JSO's inmate search, Edwards is listed as being housed in OTHR meaning that he may still be located in the hospital.