The suspect in the shooting was injured in an officer-involved shooting near Interstate-10 that happened after the incident. 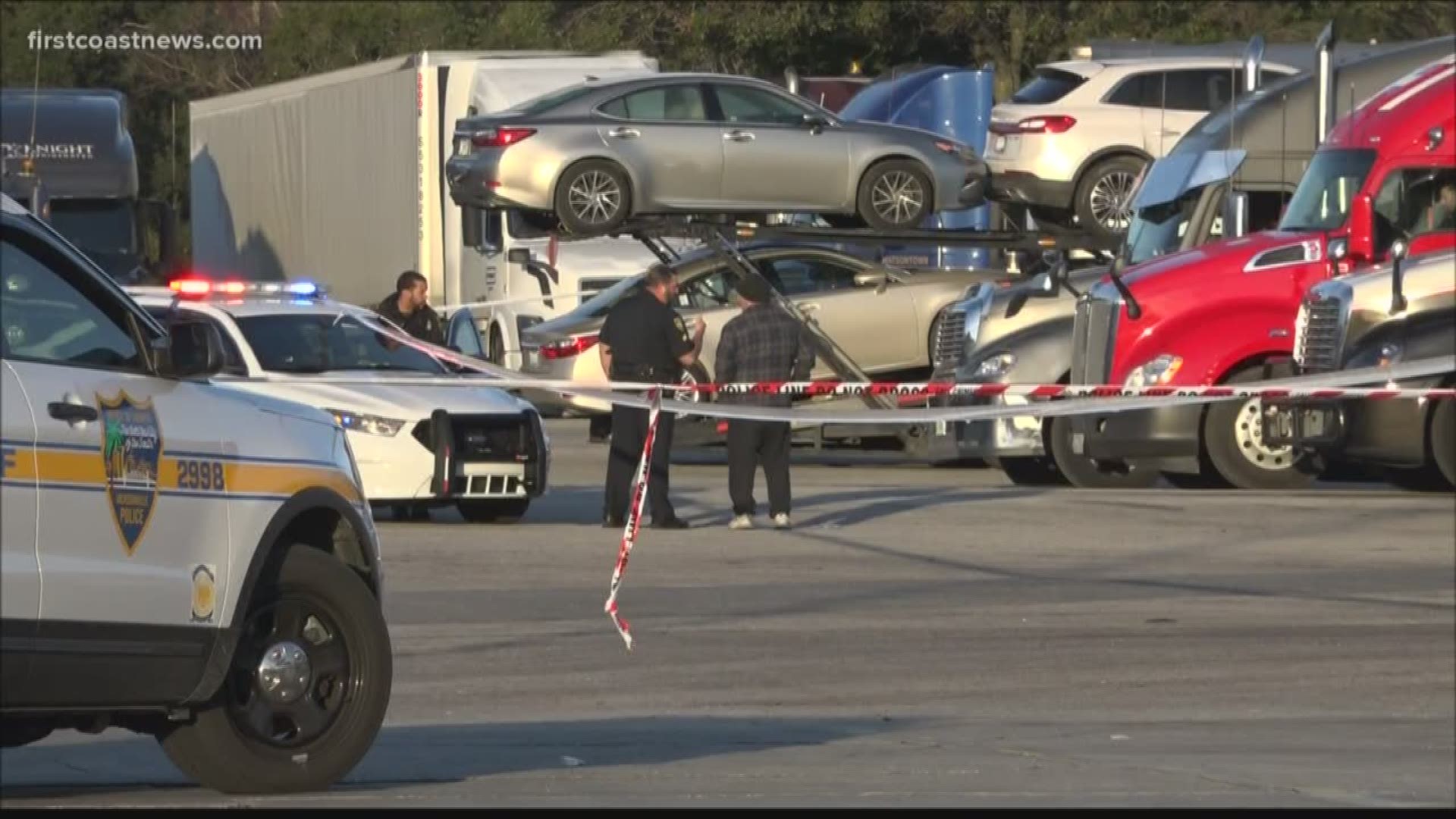 A man was found dead in the parking lot of a gas station in Baldwin, about a mile away from an officer-involved shooting that took place on Interstate 10 and US-301 Thursday morning.

The man's wife identified him as Todd Phillips, a safety inspector for a trucking company the suspect had just been fired from.

Sources tell First Coast News Phillips was with a colleague from Rinaudo Enterprises and they were retrieving the fired employee's company truck.

Rinaudo mechanic Joe Parcell was injured in the shooting, according to his niece. UF Health said he is in stable condition.

The niece, who does not want to be named, told First Coast News "we are super blessed that my uncle is still alive” and said, at this time, he wants his privacy.

First Coast News reached out to the Jacksonville Sheriff's Office to confirm what friends and family are saying, but we have not heard back yet. The sheriff's department has not made any announcements since 11:30 a.m.

The Jacksonville Sheriff's Office said police received a call about a shooting at the Pilot gas station, 1050 US-301 South around 7 a.m. When police arrived, they found a man dead with gunshot wounds. Another man was injured and flown to the hospital, police said.

JSO officers spoke to witnesses, who told them the suspect took off toward I-10 in a semi-truck, according to T.K. Waters, JSO Chief of Investigations. When police searched the area, they saw the semi parked along the side of the eastbound lanes, Waters said.

The person in the semi-truck opened fire at officers striking their patrol vehicles, Waters said. Three officers returned fire injuring the truck's occupant who is being treated at the hospital with injuries. The officers have been identified as Sgt. J. Dowling, Officer S. Hackney and K9 Officer R.C. Winfrey.

Police say none of them was injured.

Shoot out this morning on I-10 at the Baldwin exit. About halfway through the video, you can really start to hear cops firing at the suspect. from florida