Naked man barricaded inside vehicle on I-95 in Glynn County taken into custody, police say

The GBI conducted a search of the vehicle and the man's home and determined that there is no bomb and no remnants of a bomb. 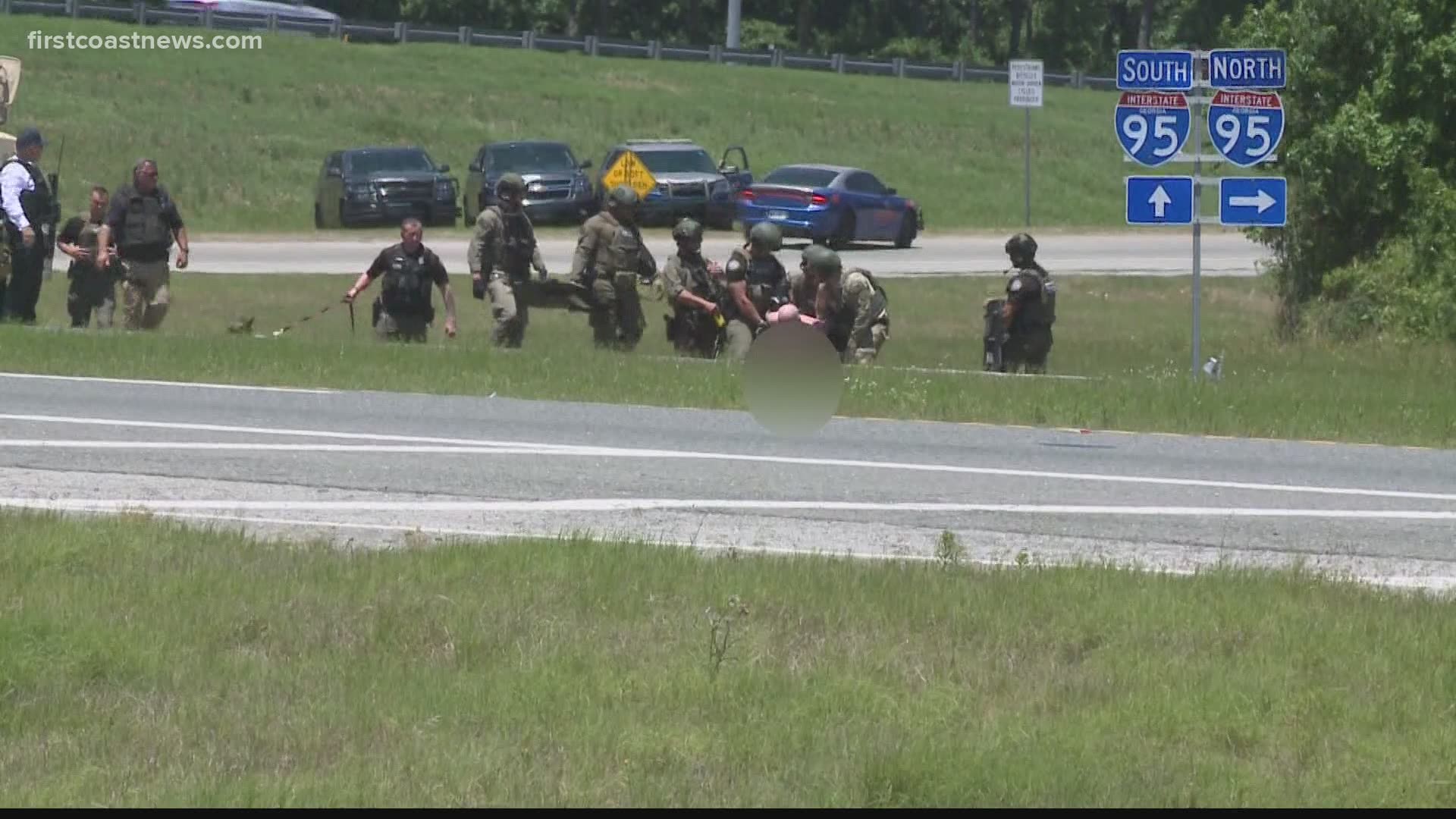 GLYNN COUNTY, Ga. — A naked man who barricaded himself inside his vehicle at a truck stop near I-95 in Glynn County is now in custody after an hours-long SWAT standoff, according to law enforcement.

The Glynn County Police Department received a 911 call stating that a car had gone into a ditch on U.S. Highway 17 near exit 29 around 5:10 a.m. Friday.

The caller also told police that a man was naked and had a bomb in the car and was threatening to kill himself and others, according to acting Police Chief Rick Evans.

Minutes later, police arrived on scene and tried to make contact with the man. They were unable to, so SWAT was notified and responded to the scene along with the Glynn County Sheriff's Office, the Georgia Bureau of Investigation and other law enforcement agencies.

A bomb squad vehicle was also on the scene as police attempted to bring the man some underwear to put on, but he did not accept it.

The GBI deployed its robot, which was used to speak and negotiate with him.

Around 1:30 p.m., First Coast News crews on the scene heard two shots that appeared to come from an armored vehicle on the highway.

Evans said officers finally made contact with the individual at 1:41 p.m. While on scene, officers deployed five 40mm gas canisters.

After officers were able to get the man out of the vehicle, they had to tase him while placing him into custody because he was holding his hands under his stomach, Evans said.

No one was hurt during the incident. At this time, police have not released the individual's name but did confirm that he is from the area.

During the investigation, officers found that a good samaritan had stopped to see if he needed help, and that was the person he threatened, Evans said.

Police are still investigating if the vehicle that was in the ditch belonged to the man.

The GBI conducted a search of the vehicle and his home and determined that there is no bomb and no remnants of a bomb, Evans said.

Police said the man appeared to be "out of it and very agitated." He also had a lot of slurred speech. "We do believe he was intoxicated but we're not sure with what," Evans said.

The man is facing a charge for making terroristic threats.

Nearby exits were closed during the standoff, along with Highway 17 near the Pilot truck stop while investigators were on the scene.

Developing this morning: a SWAT standoff between Glynn Co. Police and a man at a truck stop on Highway 17 in Brunswick near I-95. Exits are closed nearby, we’ll have a live update at noon @FCN2go pic.twitter.com/MwHMQOrrnp