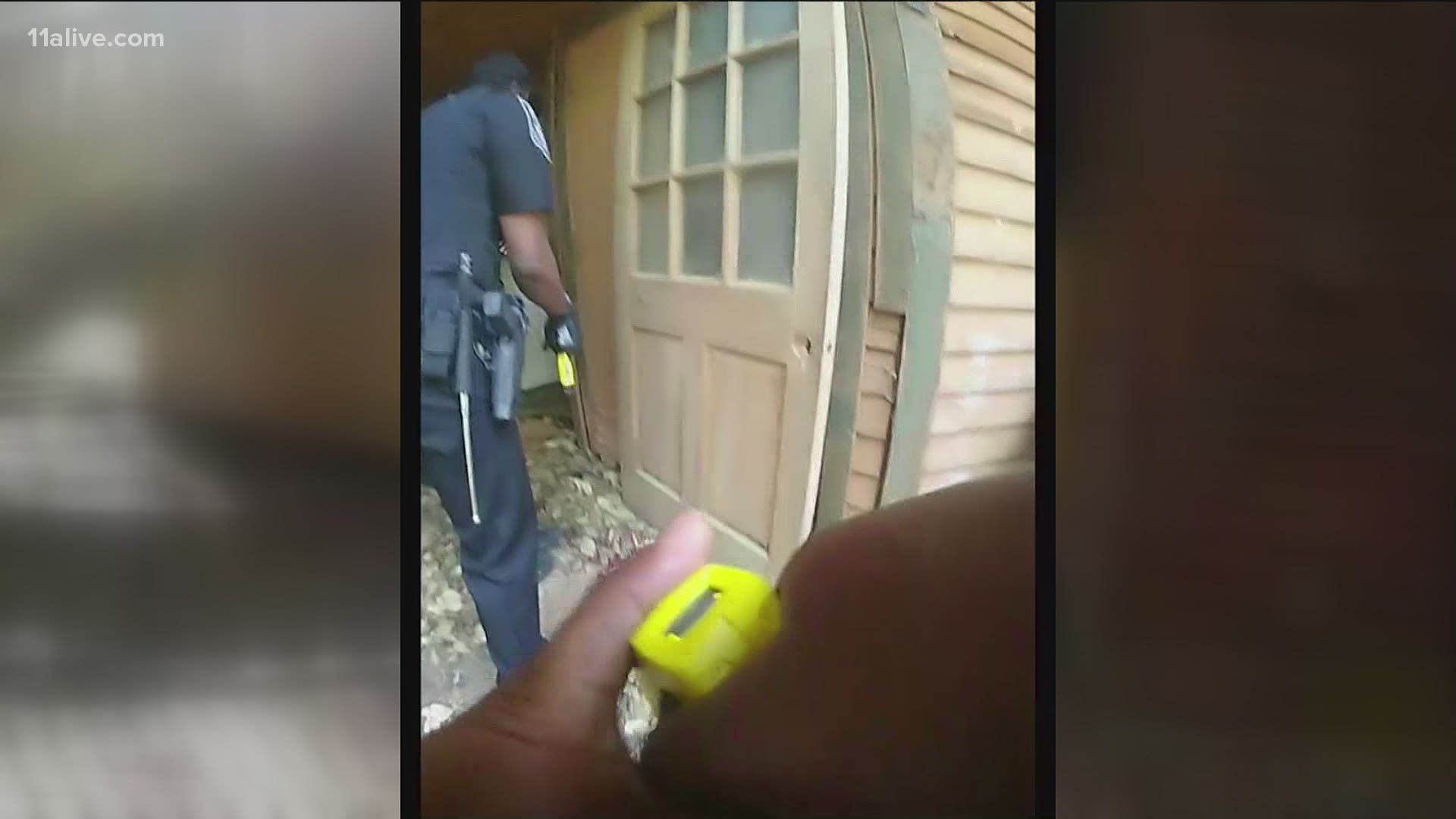 It was an incident where the very premise of the 911 call was flawed, according to the body camera video and information provided by Chief Ramos.

DeKalb Police arrived at a house where a neighbor had reported a prowler.

"What are you doing here? You live here?" police are heard saying to a man inside a house a neighbor claimed was vacant.

Chief Ramos told 11Alive Friday that the man was actually a resident of the house.

"If you don’t live here, man, I’m kindly asking you to leave the property, all right?" an officer tells Williams.  As Williams exits down an outside staircase, police said he lunged at an officer with the knife.

An officer fired one shot, but police said Williams fled into the trees surrounding the house.  In bodycam video, the officer speculated that she'd shot him in the shoulder.

"We will shoot man, all right? We gave you ample warnings, all right?" says a frustrated officer to Williams.

The video indicates Williams slipped out of view and back into the house. Police returned to the front door.  "Please come out boss man. How can I help you?" says a man who identified himself as Sgt. Perry with DeKalb PD.

Another 60 seconds pass, then an officer kicks in the door.  But then the door closes from inside.

This conversation continues for nearly two minutes, with Williams saying "I’m defending my property," contradicting the claim of the neighbor who said he was a prowler.

Perry answers: "Sir. I need you to put the knife down."

"I know that (Williams) lived at this house," Chief Ramos told 11Alive News. "The police will respond to what they know at that moment. And we don’t what they knew at that moment except what we see on the bodycam footage." Ramos said two investigations into the incident are ongoing.

"Let me see (the knife) drop. I can get you an ambulance out here. We can talk about this," Perry told Williams.  "This is my property," Williams answered.

Sixty seconds later, police say Williams lunged at them again with the knife, just as police are heard saying "we're here to help you."

Then three gunshots are heard.  The door closes again, and police withdraw waiting for a SWAT team.  More than an hour later, Williams' body was recovered from the house.

Ramos declined to comment on the fatal conclusion of the incident, nor the length of time it took to get medical attention to Williams.

"A person has died. So we don’t want to speculate. We want to go ahead and let the investigation evolve," Ramos said.

Williams' family has indicated they believe he was having a mental health episode.  Asked about that, Ramos said "We do have (mental health) resources that are available. I don’t know that they would be fitting in this situation. As I said the investigation will reveal those circumstances."