JSO was called to the 8300 block of Century Point Drive late Saturday and remained Sunday morning. SWAT was called in. Police could not find the suspect. 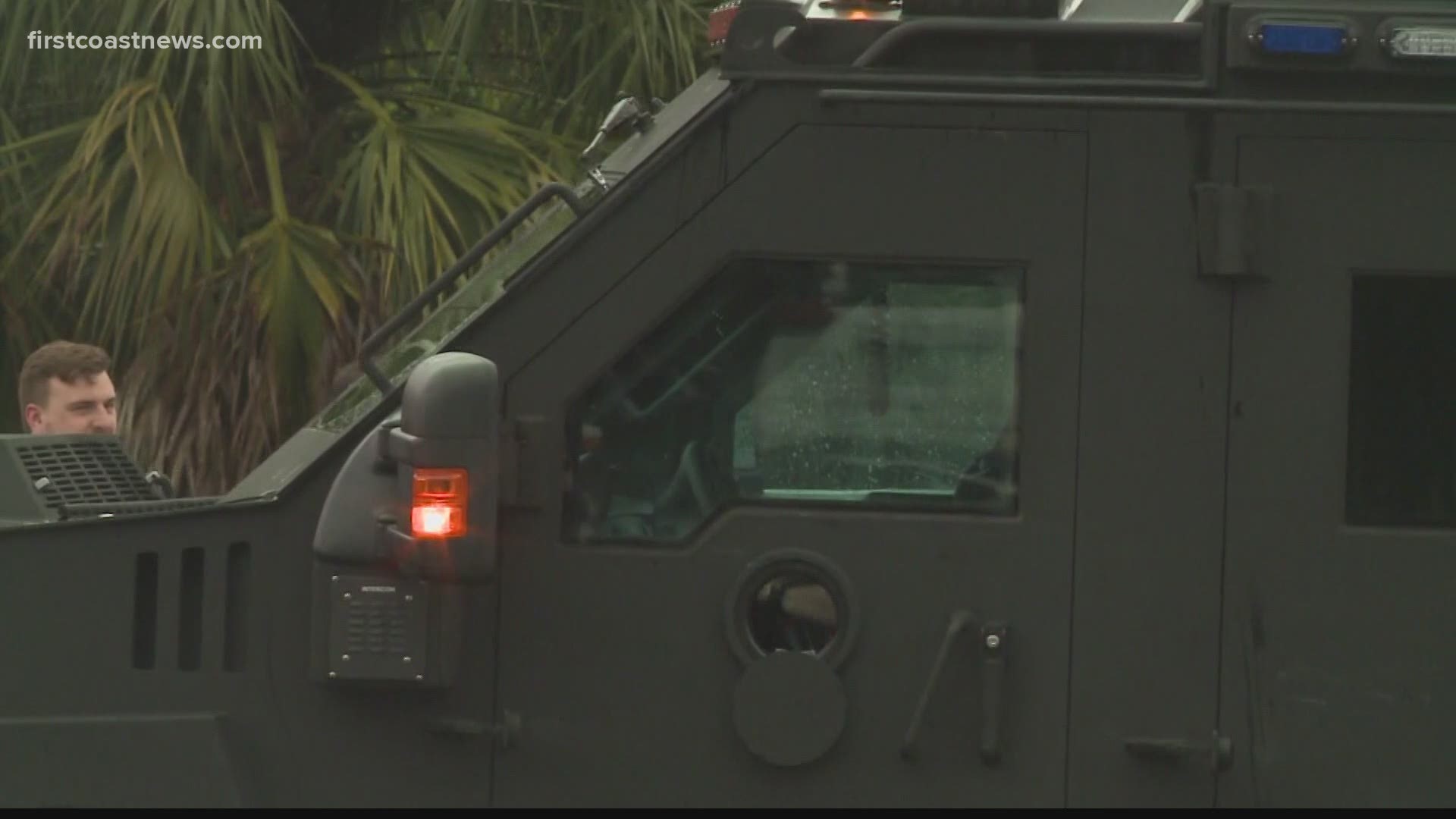 JACKSONVILLE, Fla. — The Jacksonville Sheriff's Office arrested the man wanted in a domestic situation that led SWAT to be called to an Arlington home.

JSO was called to the 8300 block of Century Point Drive just after 11:30 p.m. SWAT was called in and officers remained at the scene Sunday morning.

"Upon making entry into the incident location, the suspect was not able to be located. As a result of the initial investigation, a warrant was obtained for the suspect," a JSO news release states.

Police later identified the suspect as 34-year-old Calvin A. Galloway.

The victim who called police is Galloway's girlfriend, according to the incident report obtained by First Coast News. The girlfriend met officers at a gas station on Atlantic Boulevard.

The victim told police that Galloway was angry with her that she did not come home at a 10 p.m. curfew set by Galloway, the report says. Galloway also accused the victim of sleeping with other men.

The report says the victim's eye was swelling while she was talking with police.

After police arrived at the scene in the Arlington area, neighbors were given the option to evacuate or shelter in place. The incident involved only two people, Galloway and a woman, police said.

On Monday, JSO confirmed to First Coast News Galloway was in custody. He faces one count of aggravated assault, three counts of battery, and one count of possession of a weapon or ammunition by a convicted felon.

This home is missing its door. Neighbors tell me they couldn't sleep last night with SWAT negotiations going on.
The SWAT team and @JSOPIO are starting to clear the domestic situation along the 8300 block of Century Point Drive N in Holiday Hill. @FCN2go pic.twitter.com/rVJz7uhdCD