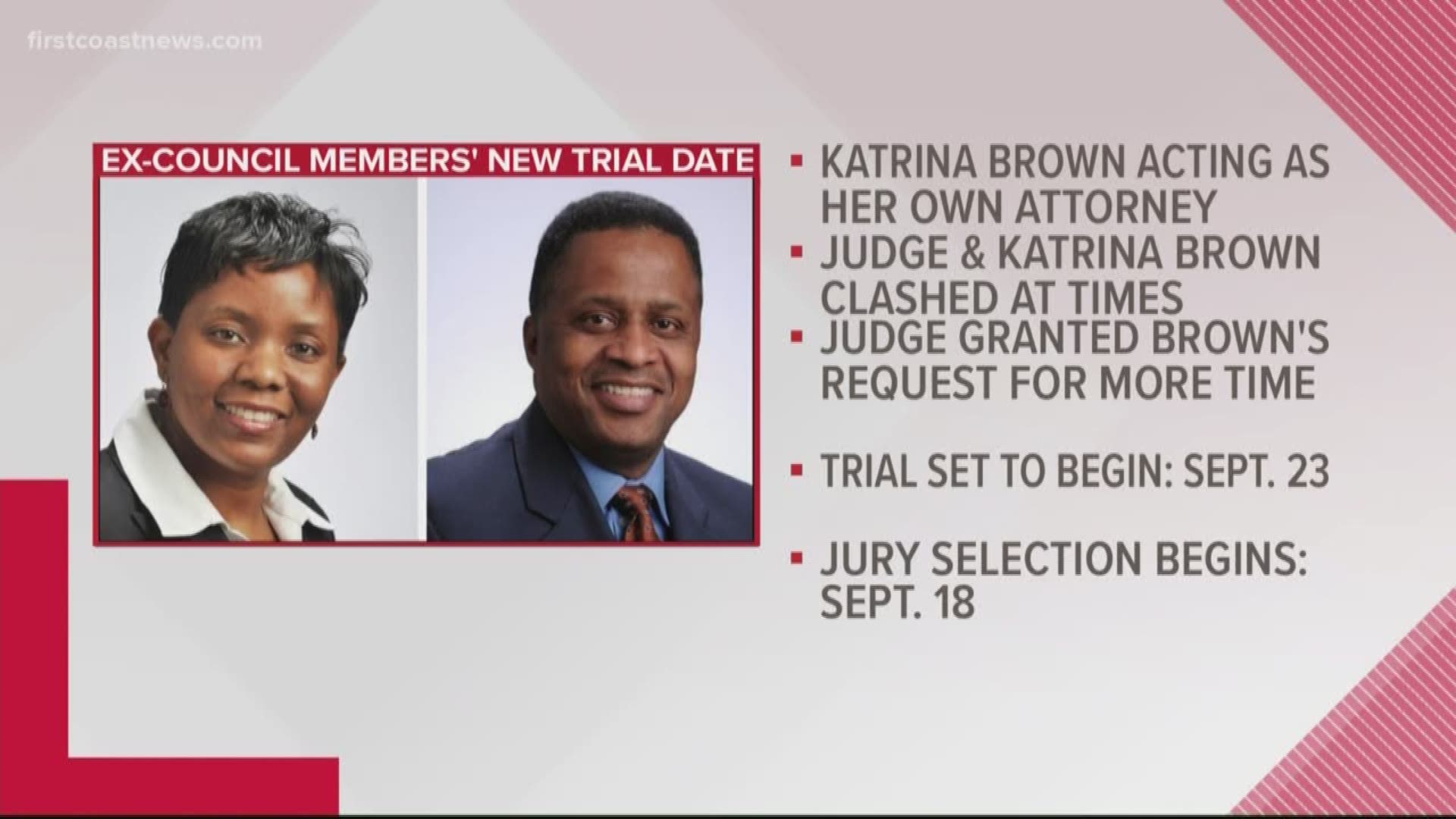 When the fraud and corruption trial of two former Jacksonville City Councilmembers gets underway next month, jurors will be given a brief overview of the case.

Prosecutors submitted their proposed Statement of the Case to the court last week, but noted defendant Katrina Brown indicated she would "oppose this statement" and "file an individual statement in the court."

Brown's version became available today, and differs both in substance and tone.

The version proposed by prosecutors and approved by Brown's co-defendant Reggie Brown states "The Indictment alleges that the false invoices tricked BizCapital into releasing SBA-loan proceeds to Reginald Brown’s businesses."

Brown's version removes the word "tricked" but does not replace it, making for an incomplete thought.

Her version also excises most of the detail provided about the alleged fraud, including prosecutors' claim that money was diverted from its intended purpose to benefit both Browns personally:

"Allegedly, a portion of the funds were retained by those businesses and used

for Reginald Brown’s personal benefit. The Indictment further alleges that a

portion of the funds were diverted back to Katrina Brown’s family business,

and used for various purposes, including Katrina Brown’s personal benefit.

Count One further alleges that Reginald Brown’s businesses performed no

legitimate service and sold no equipment or goods, and thus no SBA loan

proceeds should have been paid to those businesses.”

Katrina Brown and Reggie Brown – who are not related -- are accused of conspiracy and fraud stemming from a barbecue sauce factory started by Katrina Brown’s family. The company received millions in government loans and grants and promised to create 56 manufacturing jobs in Northwest Jacksonville. No jobs were ever created.

The trial scheduled to begin Sept. 23.