The report does not say what she ‘covered” it with, but her arrest two weeks ago came after she allegedly covered her cell in feces. 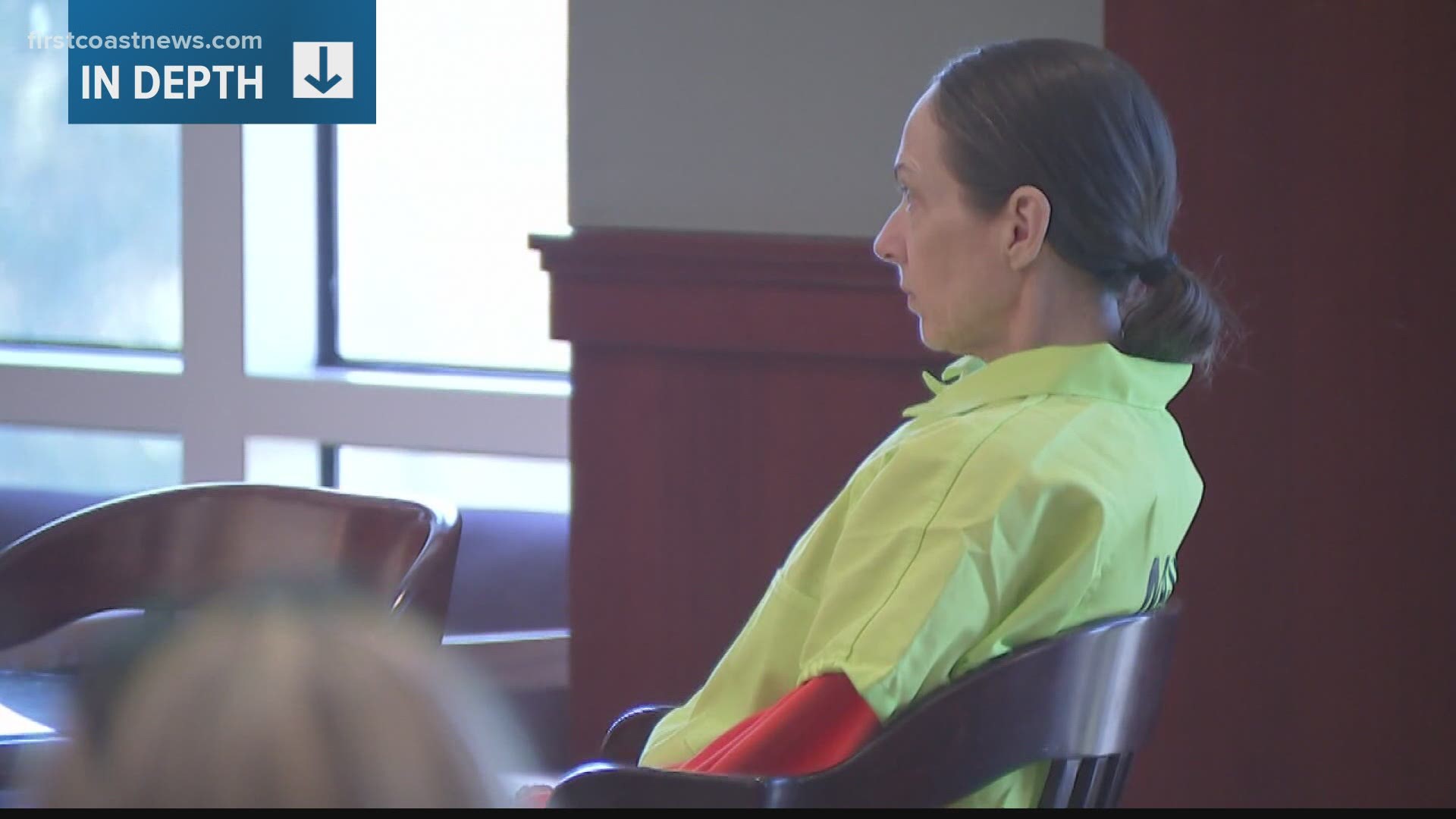 NASSAU COUNTY, Fla. — *WARNING: Some of the descriptions in this story may be disturbing to some viewers.

Accused killer Kimberly Kessler was arrested while in jail last week after an officer at the Nassau County Jail discovered that she had destroyed a fire extinguisher.

According to the report Kessler “covered” the fire extinguisher in her cell so that it could not work properly.

The report does not say what she ‘covered” it with, but her arrest two weeks ago came after she allegedly covered her cell in feces and threw some at an officer.

Kessler removed her clothes and told the officers, "Okay, we can do this today," the report says. One of the officers took his OC spray out and warned her to comply, or she would be sprayed.

Then, Kessler began smearing feces that was in Styrofoam containers on herself and the walls, according to the report. The officer gave her two more warnings, but Kessler did not comply. The officer then sprayed the OC spray at Kessler's face for about one second.

One of the officers attempted to use a Taser on Kessler, but only one probe stuck to her, according to the report. The officer tried a second time and was successful in debilitating Kessler to allow the officers to move her to another cell.

Kessler was later charged with two counts of battery on a law enforcement officer.

Kessler is currently awaiting trial in the death of Joleen Cummings, a 34-year-old mother of three who was last seen on Mother’s Day in 2018.

Kessler was an employee at Cummings' Yulee hair salon. She was arrested several days after Cummings' disappearance after Kessler allegedly stole Cummings' SUV. Kessler was later charged with 1st-degree murder in Sept. 2018.

There have been numerous questions about whether Kessler is competent to stand trial, and she has been on an ongoing hunger strike for months. The recent arrest report indicates she weighs 90 pounds.