The Jacksonville Sheriff's Office is asking for help from the community to figure out who fired shots, killing an 18-year-old woman and injuring a 21-year-old man. 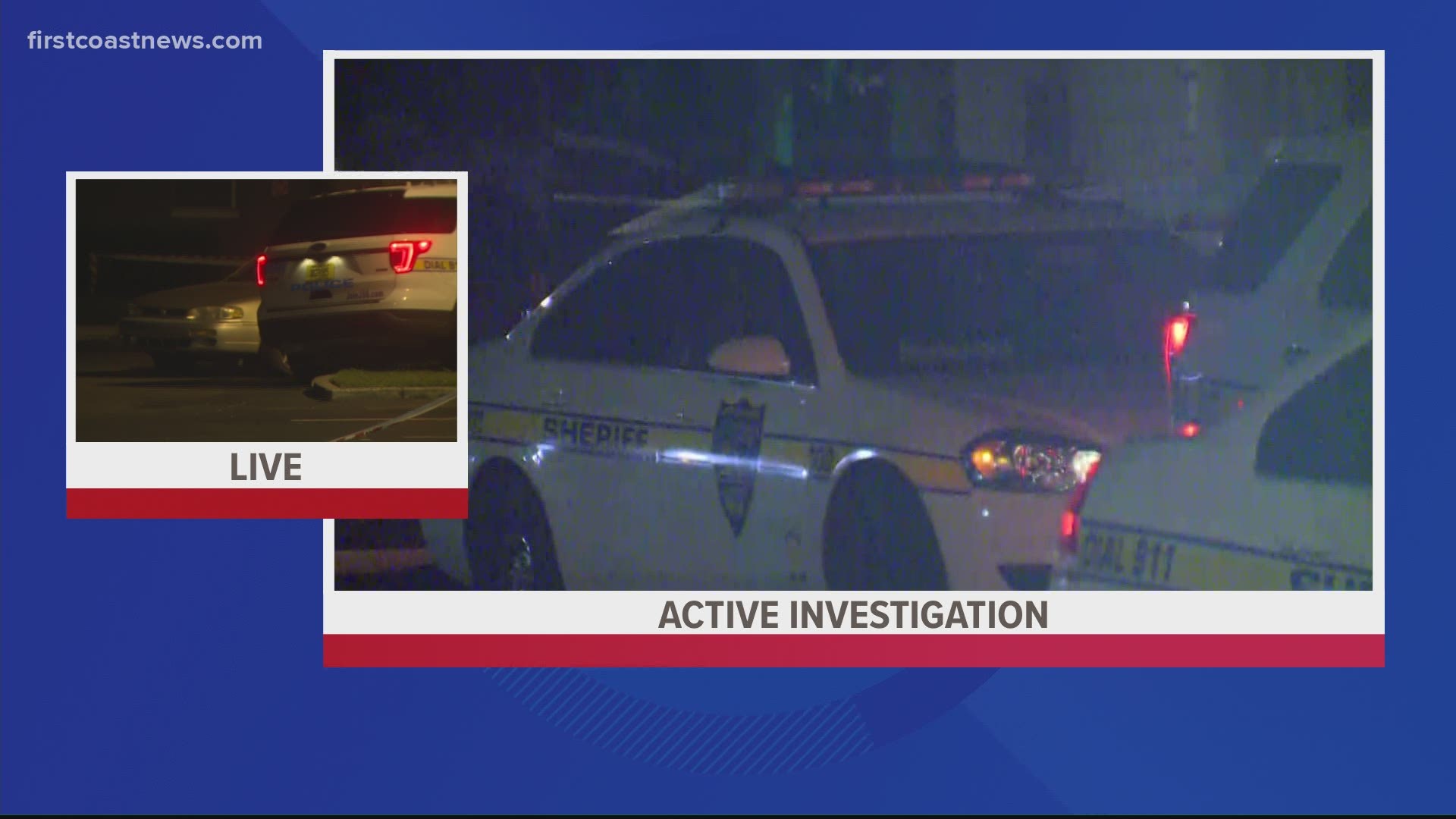 JACKSONVILLE, Fla — The Jacksonville Sheriff's Office is asking for help from the community to figure out what led to the shooting death of an 18-year-old woman at a Westside apartment complex that also sent a 21-year-old man to the hospital with non-life-threatening injuries.

JSO was called to 1570 Lane Ave., which is the Wickshire Apartments, around 1 a.m. Several people called 911 after they heard multiple gun shots fired, police said.

When officers arrived, they found two people shot multiple times in a vehicle. The victims were taken to UF Health Shands, where an 18-year-old woman who lived at the apartment complex was pronounced dead on arrival to the hospital.

A 21-year-old man was treated for non-life-threatening injuries.

First Coast News crews on the scene saw investigators looking around and inside of a car using flashlights. The car had bullet holes in the doors and evidence markers underneath it.

This appears to be the car the two people were shot in. Investigators are looking around it with flashlights and there are markers under it. @FCN2go pic.twitter.com/DbTZVTvuqG

Police do not know the identity of the gunman. They say the car did not belong to either of the victims.

Police said they believe the shooting was an isolated incident.

The back part of the apartment complex is all taped off around the playground. More @JSOPIO officers are arriving. They need you to call them if you know anything about the suspect who shot and killed the young woman and hurt the young man. @FCN2go pic.twitter.com/zUhDkIc6Vn

Below is a map of all of the homicides reported in Duval County in 2020.