However, FDOT told First Coast News that construction for the trail is not yet funded. 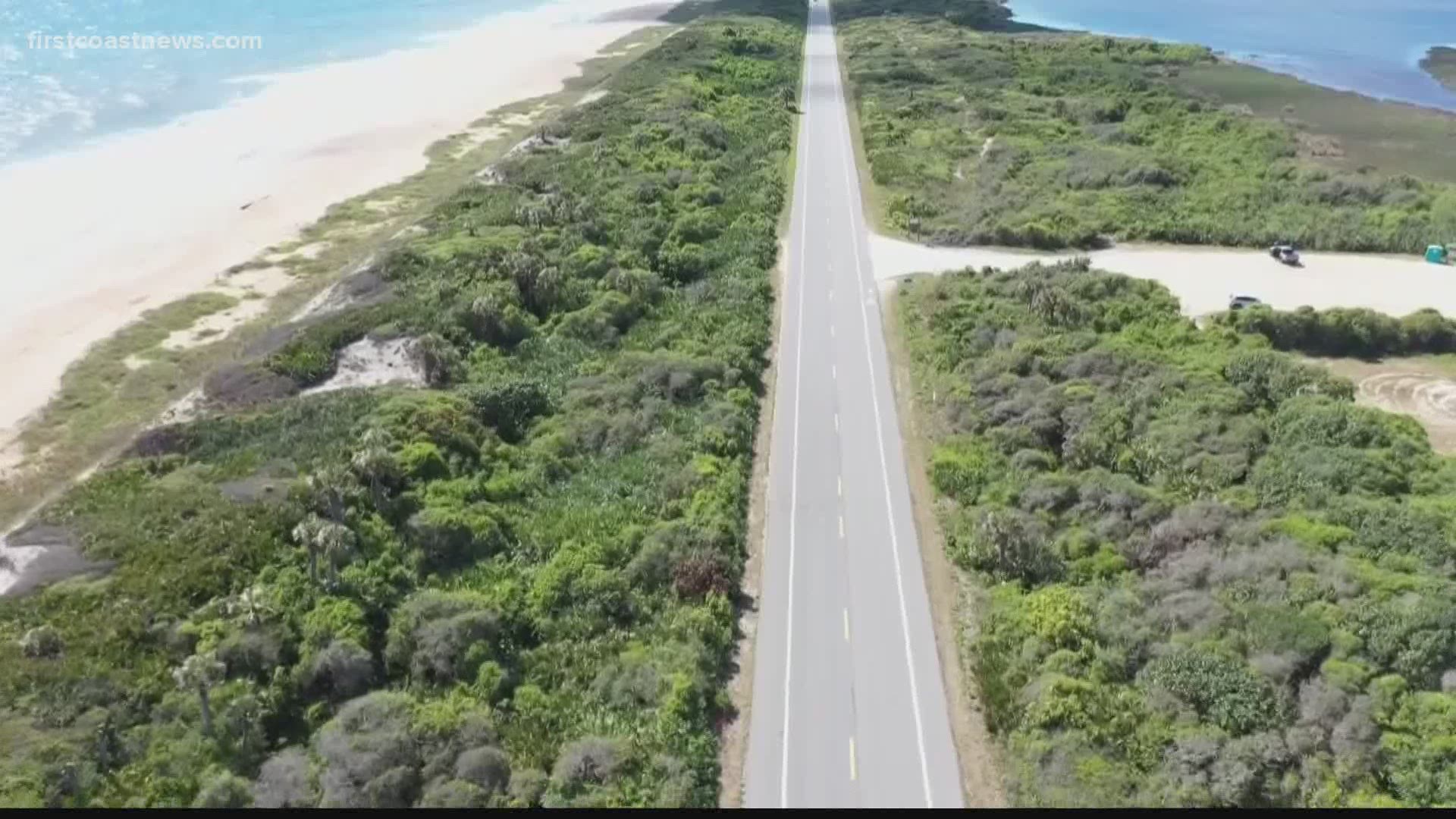 ST JOHNS, Fla. — The death of a cyclist has added urgency to plans for a new bike trail on A1A in St. Johns County.

On Monday, former ABC Correspondent Tim O'Brien was on the sidewalk at the intersection of Mickler Road when two vehicles crashed, forcing one car off the road killing and O'Brien.

According to the Florida Highway Patrol, another cyclist and a pedestrian also died further south on A1A in two separate incidents in 2018.

Mayforth takes his long rides on the A1A road early in the morning to play it safe.

Mayforth said the recent widening of the bike lane has helped cyclists, but drivers can be aggressive or distracted, and he said somethings like obstacles in the bike lane are out of his control.

However, a new option is advancing.

The Florida Department of Transportation completed a feasibility study for a multi-use trail along part of A1A  from Mickler Road in Ponte Vedra all the way down to Vilano Beach.

“It’s a study that has gained a lot of support especially from the Vilano Beach community," Neal Shinkre, St. John’s County Public Works Director said. "And you know, the community is very anxious about it, but these things take time.“

In fact, Shinkre said the recently released FDOT study hasn't been presented to his board yet.

Additionally, FDOT said construction for the trail that is estimated to cost more than $50 million isn't funded yet, and it still needs to find funding for a second project study, which will include community input.

Mayforth said a bike trail would provide a safe place for joggers, bikers and families out for a walk.

“I think there will be peak hours, and non-peak hours where people that have more competitive abilities would be able to utilize it, too," he added.

Mayforth offered the following bicycle safety tips for those who ride in high-traffic areas:

@MyFDOT completed its first study for a bike trail along part of A1A in St. Johns County 👀

However, another study needs funding, and then construction alone is a pretty penny.