On Your Side: How to spot a potentially dangerous tree

Before someone gets hurt or property gets damaged, local tree trimmer Jeff Mobley says you should monitor trees in your yard and neighborhood. 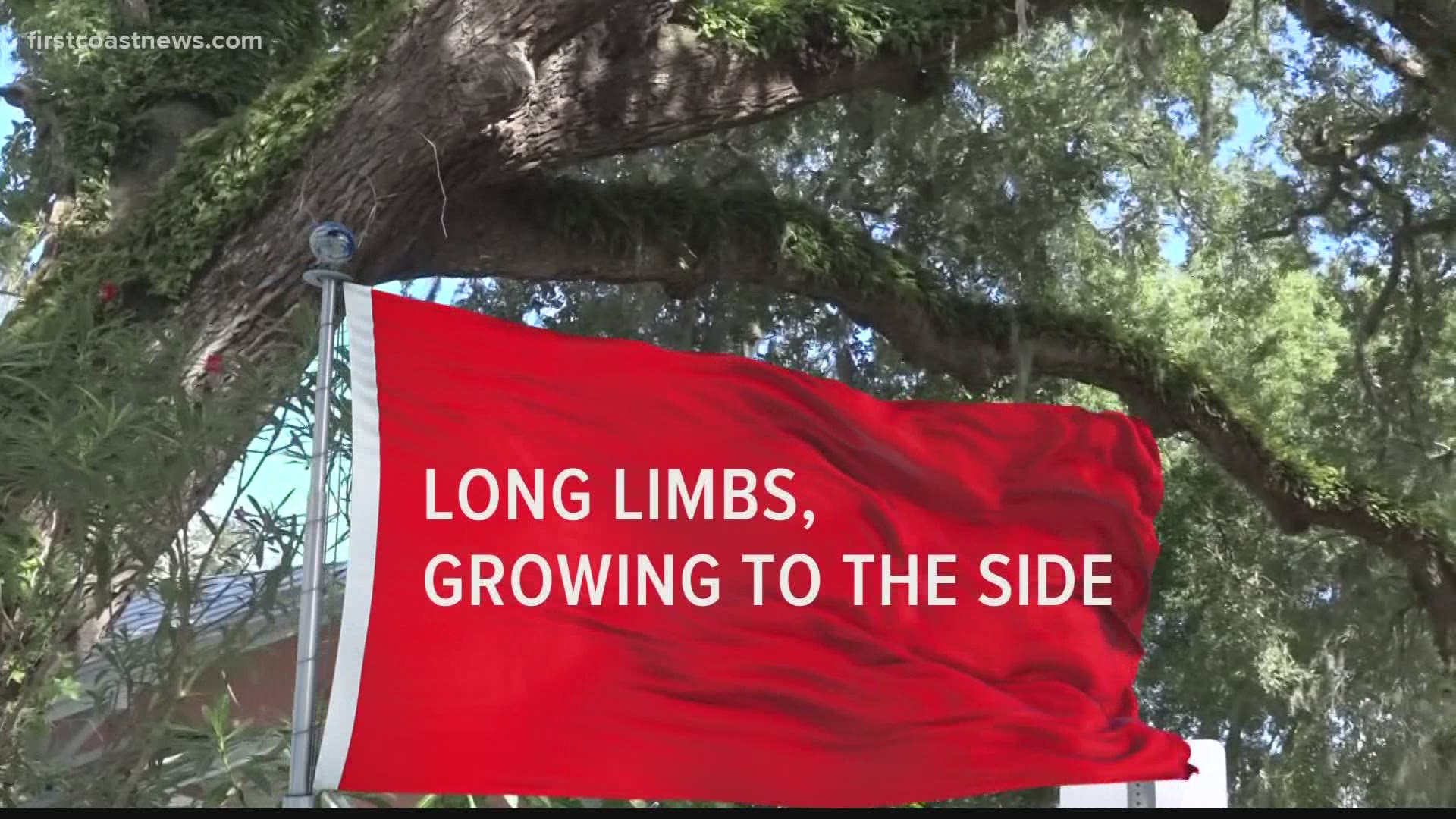 FLORIDA, USA — Big, old trees are beautiful, but if they’re not properly maintained, they can be deadly – especially during a big storm.

When Tropical Storm Elsa came through the First Coast Wednesday, 25-year-old Deshawn Johnson was killed after a tree limb fell on his car in Ortega.

On Friday, a tree fell on Ortega Blvd. in the same area where the Navy Airman died.

The First Coast News On Your Side team gathered some tips on how to spot a potentially dangerous tree.

Before someone gets hurt or property gets damaged, local tree trimmer Jeff Mobley said homeowners should monitor trees in your yard and neighborhood. There are three red flags he believes are easy for anyone to spot.

“It could have been a lot worse," Mobley said while walking around an old Oak tree in St. Augustine that recently lost a limb. It crushed the house’s patio and a car out front.

"This limb never got properly pruned or trimmed. Therefore, it just kept growing longer and longer," he explained. "Therefore, it put a lot more stress on the connection.”

Mobley recommended when checking out your own trees, the first red flag you should look for are abnormally long limbs that are growing more to the side than up.

The second red flag you should look for, he said, is discoloration. For example, white on an oak tree indicates that it’s holding moisture and is likely rotting inside.

The final red flag he said you should look for is loose areas in the ground around a tree, which can indicate an uproot.

If you find a tree on your property that may need attention, he recommends you don’t wait.

“Whenever a hurricane comes, and then everybody gets on the bandwagon trying to get things done, it's all backed up," Mobley explained. "A lot of tree companies backup people. They get 90 days' worth of work logged in, and then they can't even take a phone call."

If you see a tree you’re concerned about that’s not on your property, you should start by calling the city you live in.

For example, in Jacksonville call 630-CITY to make a complaint with the public works department.

If the tree is not on city property, they can refer you to the responsible entity.