Several of Kailey's family members witnessed the attacks on 9/11 and the aftermath. Some of them served in the NYPD. 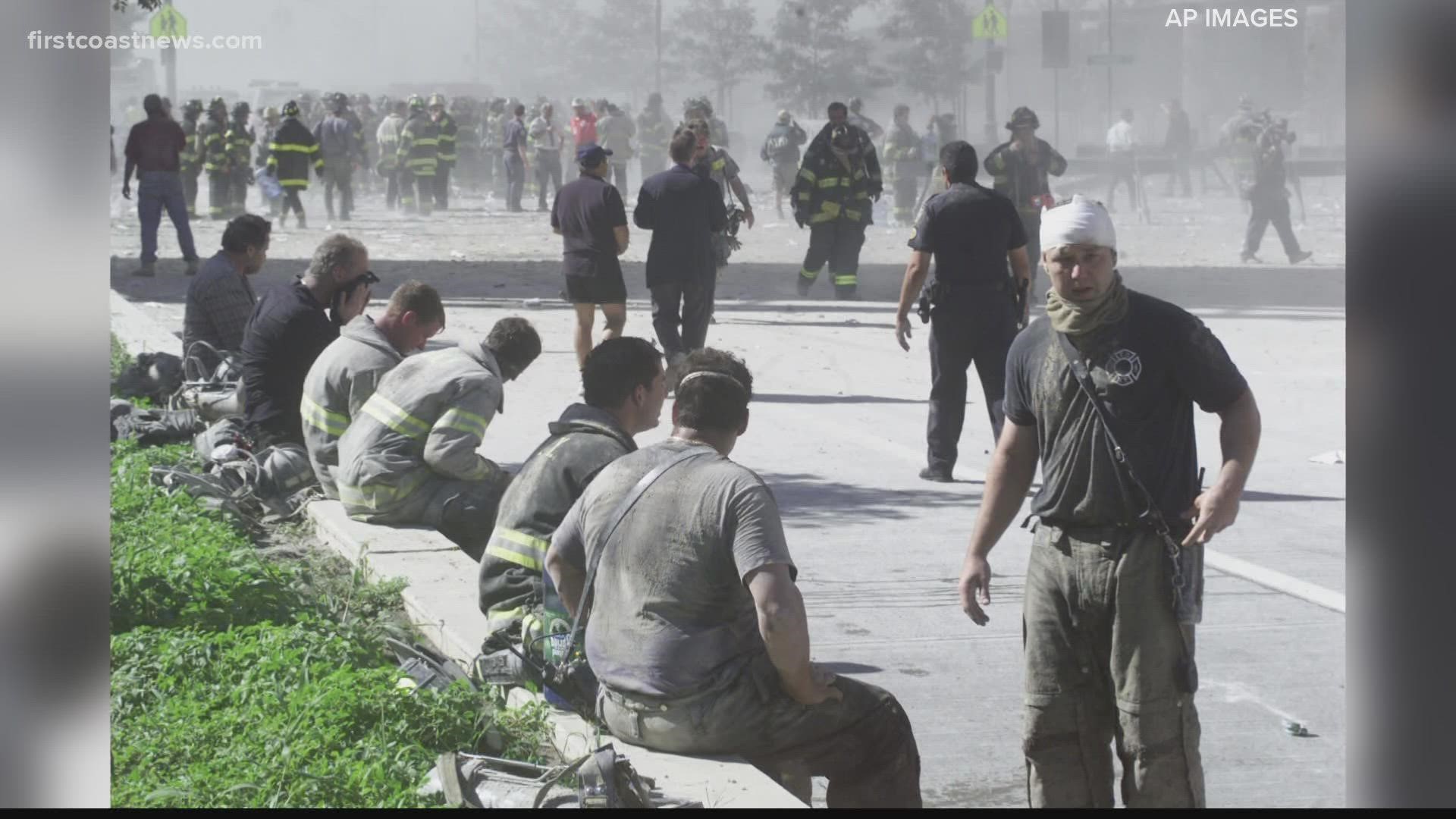 NEW YORK — Most of us probably know someone connected to September 11, 2001. Some members of my family was there when the planes hit, and responded in the days, weeks and months that followed.

"It was a really beautiful day," James Roy, my uncle and a sergeant in the New York City Police Department, said recalling Sept. 11.

Steve Matise, my cousin, agreed. He worked as a senior marketing manager at American Express about a block away from the World Trade Center.

”I left this idyllic morning to the elevator door open, and it was just stuff burning, flying through the sky," Matise said.

Matise took one of the last trains from the Path station into the North tower that day.

He saw the second plane hit from his desk while on the phone with his sister.

"The smoke from the buildings set off the fire alarm in our building. So, therefore, the elevator stopped working," he said.

"We decided with everyone else, we're going to head down the fire escape. I think we're about at about the tenth or twelfth floor when the first tower collapsed," he said. "The isolation of a fire escape ... it was like an earthquake. I mean, the building shook violently, and smoke immediately was forced from ground level into the, the fire escapes," Matise said.

He was able to make it out and headed north.

"You really get into survival mode," he said.

Matise didn't get too far before the second tower collapsed.

“We just covered our heads and when we turned back around, the tower was gone," he said. "I had a black Polo on that was completely covered. It was white and my hair and my eyebrows was just ... it just felt like the walking wounded," Matise said.

As he was leaving the scene, my uncles were headed there.

"There were fire engines and firemen coming from everywhere, and I just get goosebumps even saying it because I knew what we were running from look like hell on earth, and the fact that these men and women could override that own of self-preservation survival instinct is just forever burned into my brain," Matise said.

My uncles' radios, who both served in the New York City Police Department at the time, were some of the only lines of communication working.

“A female officer came on screaming for help," Roy said. "1013 is the term we use. I just heard a scream that yelling it. And then the second tower came down, and then there was nothing," he said.

"We commandeered one of the ferries to go back and forth between New Jersey and Manhattan. They met us and I was able to put maybe two to 300 police officers [on],  so I can get them down to the Hudson side west side of where the buildings went down on the West Side Highway," my uncle Robert Tracy said.

He helped get the injured to hospitals, and checked those hospitals for any first responders. Both of my uncles were at the site in the days, weeks and months that followed. They worked the bucket brigade, searching for any survivors, and did anything they could to help.

"The first couple days you kind of have hope that maybe, you read stories you find people, and you did, but after three or four days, it was pretty obvious that this was more going to be a recovery than a rescue," Roy said.

Robert Tracy said his unit was assigned to the morgue, the bereavement center, and Fresh Kills landfill. He said he had to rotate officers through each location because each site carried its own emotional weight.

“You had young people, you have women, and you had children that were coming in, and we had to take their DNA and swap them for DNA, just in case so we can identify if that we found some remains," Robert Tracy said.

Our close family friend, Maureen Gillen, was also a police officer in the NYPD at the time. She said her unit went down to the site the first few weeks and helped.

“I can't have anything smoked," she said. "It just reminds me of the smell down there. And the pictures, unless you were there, it doesn't, I don't want to say do it justice, but it doesn't," she said.

About an hour away, my dad, John Tracy, was at his barracks at Fort Dix getting ready to get deployed to Bosnia.

“I was concerned because my brother was a New York City police officer at the time along with my brother-in-law," he said.

“40 or 50 soldiers were all gathered around, not a big-screen TV, a small TV, and people were crying and people were sitting there and shocked. The commanding officer of the Twenty-ninth [Infantry Division] set up perimeters in and around our staging area at Fort Dix machine gunners on the buildings," John Tracy said.

“I was concerned about us going to war, and where were we going to go to war. There were rumors that units may receive orders to go to Iraq. That did not occur to us," he said.

Twenty years later, none of them talk about that day all too much but remember it vividly.

"It's not over for many people. And, you know, they still deserve our support," Matise said.

"Remember those that are not with us and the sacrifice they made," Robert Tracy said.

“Honor the memory of the people who perished as a perished. They were murdered," Roy said.

"We promised as Americans we would never forget, and I for one won’t," John Tracy said.