Owner Shy Patel says he's facing some challenges finding workers, but hopes that trend, which many restaurants are facing, will end soon. 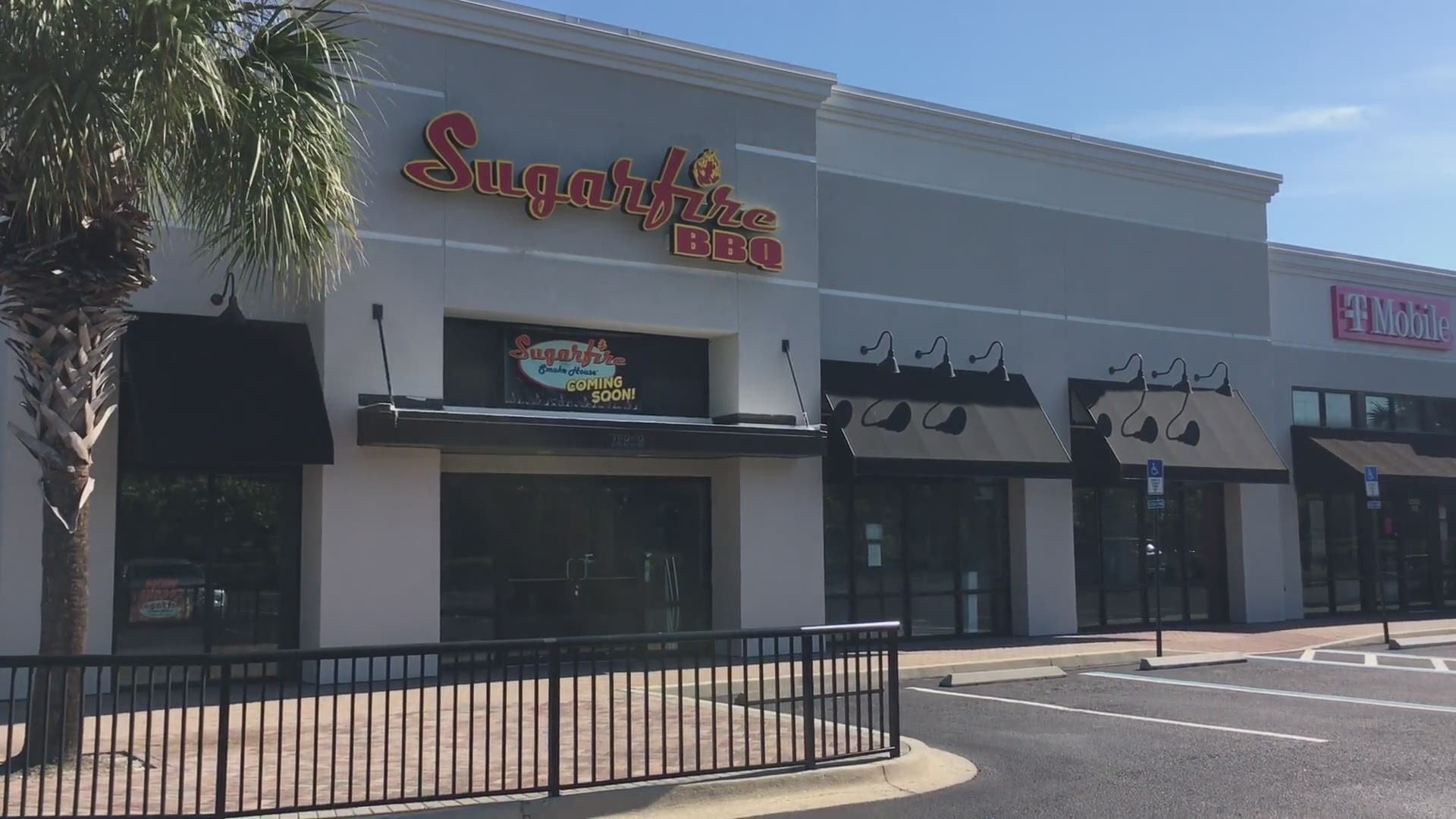 JACKSONVILLE, Fla. — Restaurateur Shy Patel saw a need in Jacksonville and decided to fill it. "There's no Midwestern-style barbecue ... there's no barbecue like this here," he said Friday morning putting the finishing touches on his new business.

Patel is weeks away from opening Sugarfire BBQ at 12959 Atlantic Blvd. just east of Girvin Road in the former Panera Bread location.

The St. Louis-based chain operates more than a dozen restaurants and Jacksonville will be its first on the East Coast. Sugarfire BBQ boasts that it has the "best sandwiches in the world" with other signature dishes including brisket, turkey, pulled pork, house-made sausage, ribs and burgers.

What makes St. Louis barbecue different is the meat is dry rub-based and the sauce is served on the side, Patel said. The restaurant will offer healthy side dishes, "and not just baked beans and potato salad," he said

Patel has made several hires, but like many restaurants lately, he's having a hard time finding workers. He said he expects that to change after June 26 when Florida stops paying the extra $300-a-week Federal Pandemic Unemployment Compensation. "Things should open up when unemployment benefits go away," he said.

Ensures an accurate accounting of all transactions, collections, and disbursements. Receives cash drawer at beginning of...

Posted by Sugarfire Jacksonville FL on Monday, May 17, 2021