First Coast Foodies: A taste of Germany and 100 drinks at Buchner's Bierhalle

Find them in the back of Black Hat Vapor Company at 1188 Edgewood Avenue. 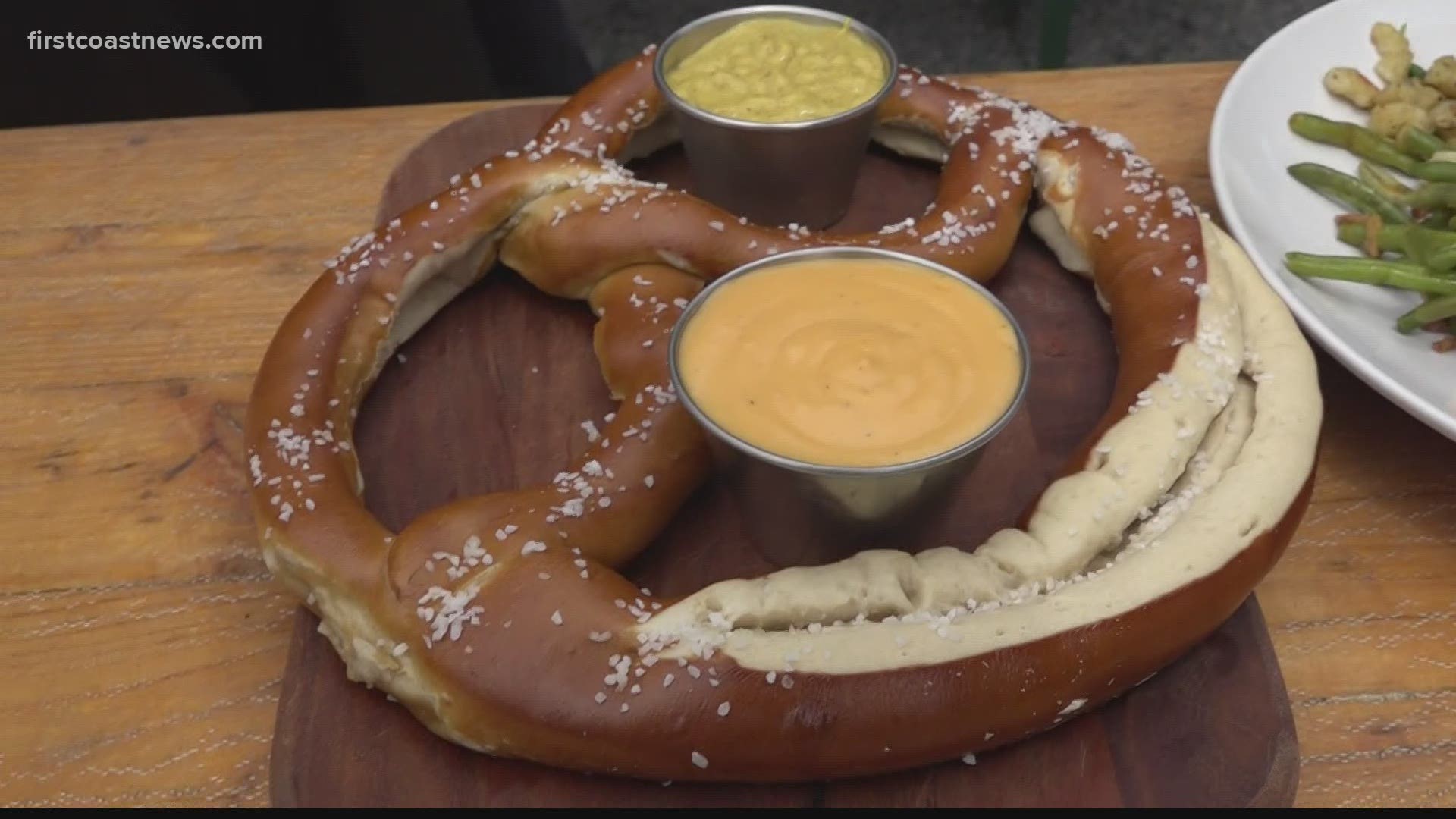 Find them in the back of Black Hat Vapor Company at 1188 Edgewood Avenue.

"When you arrive early at the restaurant when we open you can hear the chef in the back banging and you know that he's making the schnitzel for the day," said owner Jason Grimes.

Buchner's makes charcuterie boards, sandwiches, schnitzel, and offers over 50 wines and 50 beers. Yes, almost all of them are German.

"My favorite dish would be the leberkäse," said Grimes. "That is pork, bacon, and corned beef, baked in a loaf then sliced, placed on a large slice of German dark rye bread with a fried egg on top."

Grimes describes the inside of Buchner's as speakeasy-esque and they have a large beer garden out back.

"We have a large Bavarian pretzel and that's probably our number one seller," Grimes said. "It's about as big as your head. And you can get that with our beer cheese sauce, which we make in house or with a horseradish cream sauce. We also make a cinnamon dessert pretzel."

Buchner's also goes all out for holidays and has music every Wednesday in the beer garden.

"Oktoberfest is our largest event of the year and we special order kegs almost a year in advance from the breweries in Germany," said Grimes. "Everything is done extremely traditional. We serve all the beers in clay steins."

For Christmas they have a large tree lit up with candles like they would in Germany. They also make mulled wine. Year-round they make apéritifs.

"My great, great, great grandmother opened up a beer Hall in Bavaria in 1884 and she ran it for 30 years," said Grimes. "When I serve beer or we send out the dishes and I go through the motions, it's a feeling, knowing that I'm doing what she was doing over 100 years ago. So the whole place is kind of a love letter to the past."