Want a Hot Pocket with that drink? Jacksonville Beach brewery gets creative under pandemic restrictions

Florida recently shut down the consumption of alcohol at bars statewide. So, Southern Swells got a food license and now serves Hot Pockets. 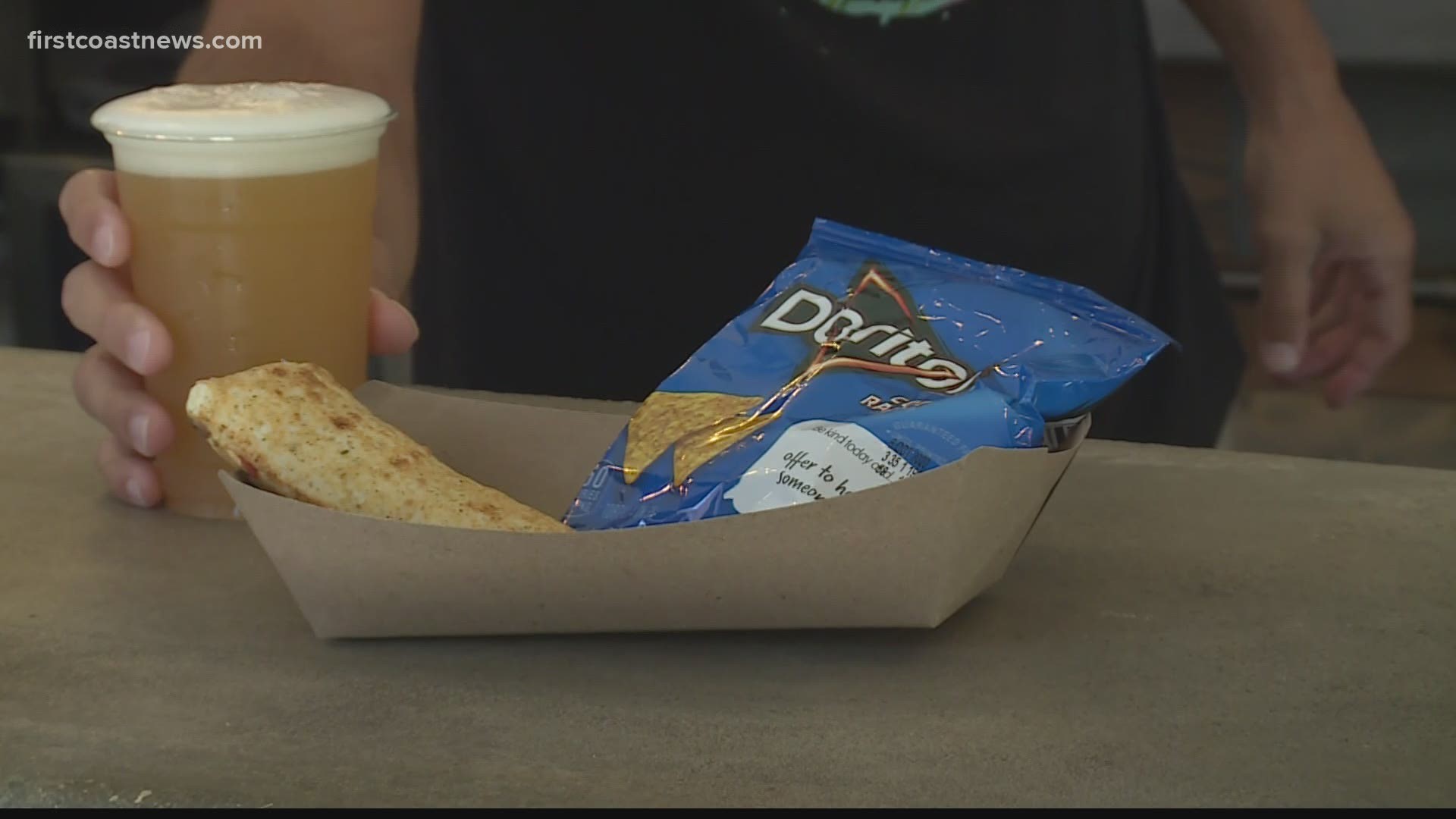 JACKSONVILLE BEACH, Fla — In an effort to remain open for business during the coronavirus pandemic, some breweries are getting creative while still following statewide restrictions.

For Southern Swells Brewing Co., they're serving beer in plastic cups while adding a side of Hot Pockets and Doritos to the menu.

”Adding food -- I don't think that's going to do anything to make it safer, but this is a viable longer-term solution on staying open. So, we're definitely pumped about it," co-owner of Southern Swells Corey Adams said.

First Coast News talked to Adams two months ago when bars and breweries were able to reopen in Phase 2, but the Jacksonville Beach brewery was only serving customers for a few weeks before Gov. Ron DeSantis' Emergency Order made it close its taproom for a second time.

It applied to establishments that derive more than 50 percent of their gross revenue from alcohol beverage sales. The order still allowed these establishments to continue selling their alcoholic drinks in to-go sealed containers.

“We're definitely seeing a pretty drastic decline and to-go sales," Adams said."I think it's just because people have the option to go out and have beers and drinks at restaurants and other types of establishments."

Although, Southern Swells will continue to-go and online orders for those who don’t feel comfortable coming in for a beer.

ICYMI: It's been a little more than a week since I did a story about how First Coast bars and breweries prepped for their reopening.

Now, there's been reports of multiple beach bars closing their doors once again due to COVID outbreaks and cleaning @FCN2go pic.twitter.com/zBawCkQokX

So, Adams spent the last two weeks working on getting Southern Swells’ a food license.

“I'm happy to spend $1,000 on a license and equipment to get reopened, cause at the end of the day, we'll make that back in a weekend of being open," he explained.

Southern Swells went with the microwavable sandwich so it was easy and safe for its bartenders and customers.

Adams said all of the original social distance guidelines still apply in the taproom such as masks are required if you are up out of your chair and there is no standing to drink at the bar.

Or at least an open taproom at @SSwellsbrewing!

I spoke to one of the owners when the Jax Beach brewery reopened back in June, before it had to close again. I am following up with him about its creative reopening today. @FCN2go pic.twitter.com/6OQrkyPgTs