What is the Bermuda high, and how does it affect tropical systems?

The "Bermuda high" is a high pressure system located over the Atlantic Ocean. 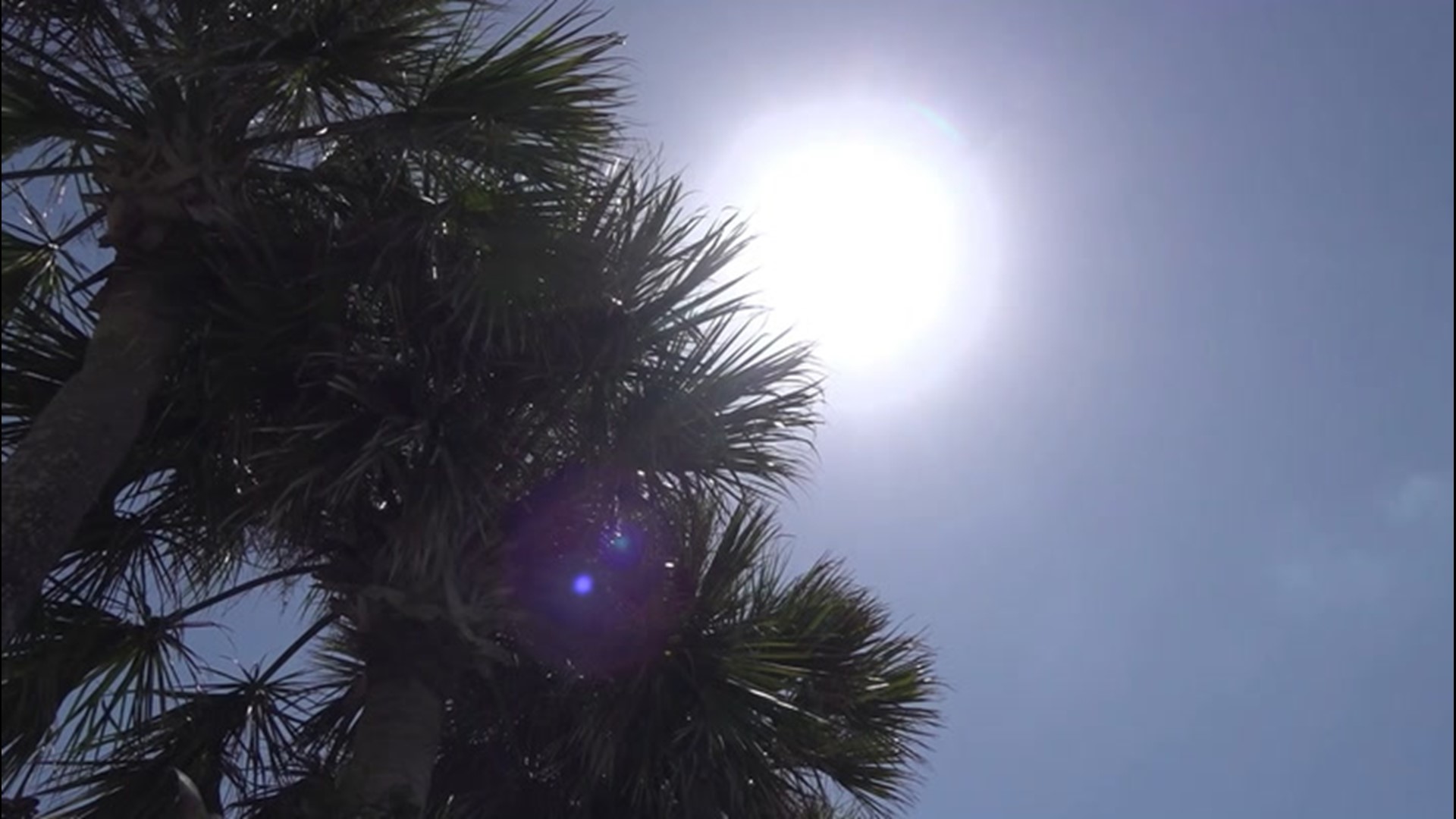 During hurricane season, a term that weather watchers will often hear meteorologists talking about is the Bermuda high. But what exactly is it? And how does it affect the development of tropical systems and the tracks they take?

The "Bermuda high" is a high pressure system located over the Atlantic Ocean that borrows its name from a nearby island chain and has the ability to influence the movement of tropical systems in the Atlantic basin. Depending on the time of year and other factors, the Bermuda high can have significant impacts on the track and strength of a tropical system.

The clockwise circulation around the high pressure system is what helps direct the path of tropical systems and can determine where they make landfall.

Easterly winds to the south of the high have the ability to force tropical systems onto a westerly course that can take them from the eastern Atlantic to the Caribbean Sea or over the Gulf of Mexico.

When shifted to the east of its typical location, which is near Bermuda, the weather system puts the Bermuda Islands more at risk for tropical impacts as southerly winds to the west of the high force a tropical system to go northward more quickly and toward Bermuda, as opposed to if the high was positioned directly over the islands.

"When upper-level features track west to east, forcing the upper-level westerlies farther to the south, the high tends to erode on the west side causing a weakness to form," said AccuWeather veteran meteorologist Dan Kottlowski. "This is what causes storms to recurve northward."

One of the difficulties with knowing how the Bermuda high may affect a system is how unpredictable the high can be.

"There are many factors that can impact the strength, orientation and location of the high,"Kottlowski, who's been studying and forecasting tropical weather for more than 40 years, explained. "It's almost like a cork in a bathtub. Strong upper-level systems can force the high to move either west or east and north to south, and environmental conditions under the high like sea-surface temperatures can cause the high to weaken more than expected," said Kottlowski.

The time of year, particularly the start or end of summer, can also influence the precise strength and location of the Bermuda high.

Throughout the summer, the Bermuda high can move around in a haphazard way, which makes forecasting tropical systems more of a challenge.

"During the early part of the hurricane season, this high tends to be stronger and therefore noses westward into the northern Gulf of Mexico but then as we go into late July and August, the high tends to expand and contract," explained Kottlowski.

Later in the season, the Bermuda high tends to relax a bit and change orientation as August and September approach.

"During October, the high sometimes moves farther east, allowing for storms to move much closer to the east coast of the United States, north of the Carolinas," Kottlowski said.

The 2020 Atlantic hurricane season has already been greatly influenced by the Bermuda high.

The Bermuda high has gone into what is known as its "fluctuation mode" a bit sooner than usual, which is when the system weakens and strengthens.

This early fluctuation mode has been the cause for three landfalls along the East coast already in the 2020 season.

"If the upper-level system is approaching the eastern U.S., that will force the storm to track east of the U.S. coast. But it's sometimes like threading a needle, when you have a strong high and a strong upper-level system, as was the case with Isaias," said Kottlowski.

The high has also been much stronger than usual, which helped Hanna develop into a hurricane before making landfall along the south Texas coast.

As for what's ahead in the 2020 Atlantic hurricane season, the uncertainty of the system will continue to play a role in how tropical systems may impact the U.S. and Canada.

Earlier landfalls from this season can help foreshadow which areas may need to be more prepared than usual, such as the East Coast.

"Since we have had so many landfalls along the East coast, it might mean that the high will be more rounded at times through the rest of the season allowing for another hit on the East Coast or even some near misses," Kottlowksi said. "However, given how many storms and hurricanes we are predicting, the entire Atlantic coast is going to be vulnerable through the rest of the season."

AccuWeather recently updated its 2020 Atlantic Hurricane forecast after a record-breaking start to the season, with meteorologists saying that as many as 24 tropical storms could form during the season. In an average year, only 12 named storms and six hurricanes develop in an entire season.