'Homegrown' tropical or subtropical system could brew near Florida

Forecasters are keeping a close eye on an area over the Atlantic Ocean near the Bahamas for what could become the season's first organized tropical system. 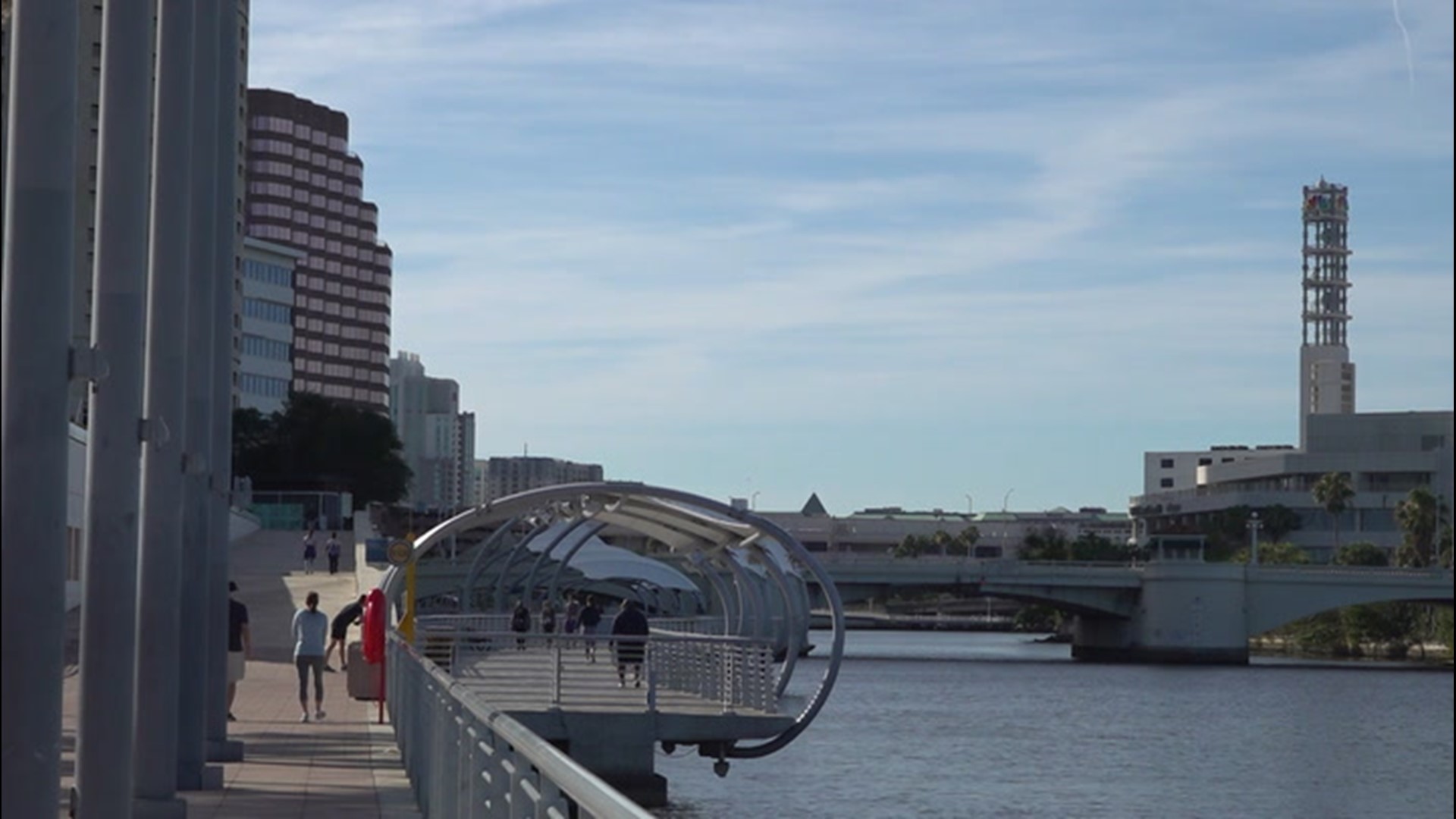 AccuWeather forecasters are keeping a close eye on an area over the Atlantic Ocean near the Bahamas for what could become the season's first organized tropical system. Hurricane season doesn't begin until June 1, but there is a chance the emerging weather system could develop tropical or subtropical characteristics heading into the weekend.

Dan Kottlowski, AccuWeather's chief hurricane forecaster, pointed out the potential for the area of low pressure to develop on Monday, and by Tuesday, meteorologists at the National Hurricane Center announced they were tracking the disturbance as well.

Even if the system doesn't strengthen or only develops into a subtropical system, it will be part of a dramatic shift in the atmosphere over the eastern United States that is taking place in the space of about a week. A weather pattern that unleashed out-of-season cold and snow to a large portion of the East will soon give way to one that yields summerlike warmth.

The jet stream, which will flip from a strong southward dip more typical of January to a significant northward bulge, a phenomenon more common during the mid to late summer. AccuWeather meteorologists will be tracking the area of disturbed weather that may evolve into a tropical system near the Bahamas late this week amid the summery pattern.

The center of this tropical or semi-tropical feature, and most of the rain, is expected to stay east of the U.S. mainland, but there will be some impacts from it reaching the beaches of the U.S. and perhaps more significant impact to the islands offshore. Showers and thunderstorms may occur over part of South Florida late this week.

However, there is some indication that the broad area of showers and thunderstorms in this zone from Friday to Sunday could develop some spin and perhaps give birth to the first depression or even named tropical feature of the 2020 Atlantic hurricane season. The first tropical system of the 2020 season will be named Arthur.

"As long as this system sits out in the water and it can sit there and develop, it could become a subtropical system and in time a tropical entity. This is how you get early season development. We call it homegrown, because systems develop close to the United States, and it's the interaction between the jet stream and the tropics that can form them," AccuWeather Chief On-Air Meteorologist Bernie Rayno said.

A non-tropical system could transition into a subtropical or weak tropical system as early as this weekend or early next week, according to Kottlowski.

The potential system will encounter some weather factors that typically favor tropical development and others that can often inhibit strengthening and organization of features.

"It appears this system, should it form, will likely be lopsided with a considerable amount of dry air on its westward side, closest to the U.S., and showers and thunderstorms on its eastern side, over the Bahamas," AccuWeather Senior Meteorologist Brett Anderson said.

Such a configuration and atmospheric setup would suggest a subtropical system rather than a fully tropical system. This means the storm could contain both tropical and non-tropical characteristics. Tropical systems have warm, moist air surrounding the center while sub-tropical systems can have some warmth near the core but also have some cool air in the mix.

"This feature will have warmer-than-average waters working for it south of Bermuda," AccuWeather Senior Meteorologist Dan Pydynowski said.

AccuWeather is projecting a very active hurricane season for the Atlantic due, in part, to above-normal water temperatures that are already being observed across parts of the basin, including from the Caribbean Sea to an area east of the Bahamas. Forecasters issued an update to the 2020 season prediction last week as indications are pointing toward a developing La Niña, which is a pattern that would decrease the episodes of disruptive wind shear, or winds that change in speed or direction in different levels of the atmosphere, across key development regions of the Atlantic Ocean.

That won't be the case with the system that meteorologists are monitoring in the western Atlantic. "Working against the feature will be wind shear," Anderson said. Strong winds aloft will cause the system to lean in the vertical and limit its overall strength.

Even though the official Atlantic hurricane season spans June 1 to Nov. 30, tropical systems have been observed in every month of the year over the Atlantic, and May is no stranger to the formation of tropical systems, especially in recent years.

In every year since 2012, except for 2014, there has been at least one named tropical system during May. Last year, Subtropical Storm Andrea formed on May 20 well east of the Bahamas before dissipating the next day.

The most recent tropical system to form in May over the same near-shore waters that forecasters are watching now was Tropical Storm Bonnie in 2016. The storm rolled to the South Carolina coast just east of Charleston in late May, before turning out to sea.

In 2012, Tropical Storm Beryl developed in a similar area to the east of Florida. Beryl took a more westward track, cruising into northern Florida toward the end of May, before reversing its course and heading back out to sea.

"On one hand, the storm may be picked up by a non-tropical storm and flung over the cold waters of the North Atlantic, where it will weaken. On the other hand, the storm could miss this connection and stall or perhaps drift southward and remain an ongoing concern for areas from the Bahamas to Bermuda for days," AccuWeather Lead Long-Range Meteorologist Paul Pastelok said.

Regardless of development and classification of the system, even a non-tropical storm is likely to bring drenching downpours and locally gusty thunderstorms to the Bahamas.

From Thursday to Saturday, an AccuWeather Local StormMax™ of 6 inches of rain is forecast over parts of the central and northern Bahamas. Much of that rain could fall in a few hours time and result in urban flooding.

At roughly the same time, the circulation around the storm and an area of high pressure to its north will create gusty winds and building seas and surf from the Bahamas to the southern Atlantic coast and eventually Bermuda.

Bathers seeking relief from being pent up in recent months due to concerns of the COVID-19 pandemic will need to be wary of the risks when venturing into the surf due to the likelihood of the increase in frequency and strength of rip currents.

Last week marked Hurricane Preparedness Week, and officials and coastal residents alike are grappling with adjusting plans for this season, with the new coronavirus adding complications. On top of that, a busy tropical season lies ahead, according to meteorologists who have been busying analyzing the latest computer models.

AccuWeather forecasters last week extended the upper range of hurricanes predicted for the Atlantic hurricane season based on the latest data. The hurricane team, led by Kottlowski, is now predicting 14 to 20 tropical storms, with additions also to the number of storms that become hurricanes: seven to 11 this season.

Kottlowski also increased the number of major hurricanes - Category 3 or higher - that could develop this season to four to six. Kottlowski warned that four to six named tropical systems could make direct impacts on the U.S mainland, Puerto Rico and the Virgin Islands. For a complete list of names for the 2020 season and everything related to tropical weather, visit the AccuWeather Atlantic basin hurricane center.