The Chiefs come to Jacksonville and hand the Jaguars a 40-26 loss on opening Sunday. 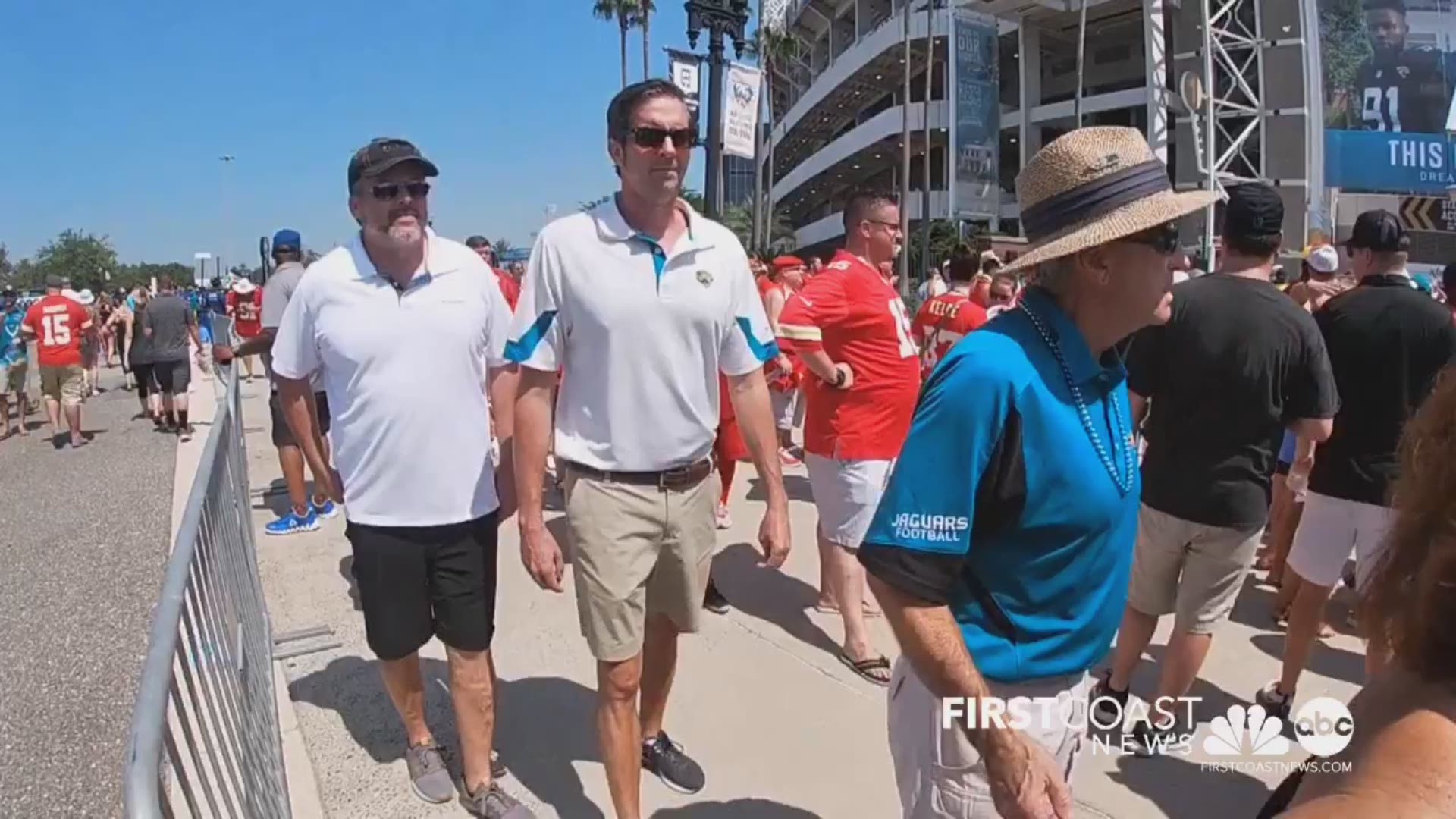 JACKSONVILLE, Fla. — UPDATE: Nick Foles told reporters following Sunday's loss to the Chiefs that he will have surgery Monday. He fractured his left clavicle, the same region in which he suffered a hairline fracture in 2014.

There is no timetable on his return.

While the loss to the Chiefs will sting, the loss of Nick Foles leaves a greater mark. The franchise quarterback was sent to the locker room after the first quarter with a potential shoulder/collar bone injury, Foles returned to the sideline in the second half with a sling on his left arm. Foles finished his opening game with the Jaguars with a touchdown on 75 yards through the air.

The story of the loss came from the lack of defense. Patrick Mahomes tallied 313 yards in the first half alone. Myles Jack was ejected from this game in the first half for throwing a punch at Chiefs wide receiver Demarcus Robinson.

Gardner Minshew was solid in relief for Foles throwing for two touchdowns and 275 yards.

The Jaguars return to action on Sunday when they hit the road to play division rival Houston.