Mac Jones: from The Bolles School to the NFL

The former Alabama QB is projected to go in the first-round of the 2021 NFL Draft. Through it all, he's continued to give back to his alma mater, The Bolles School. 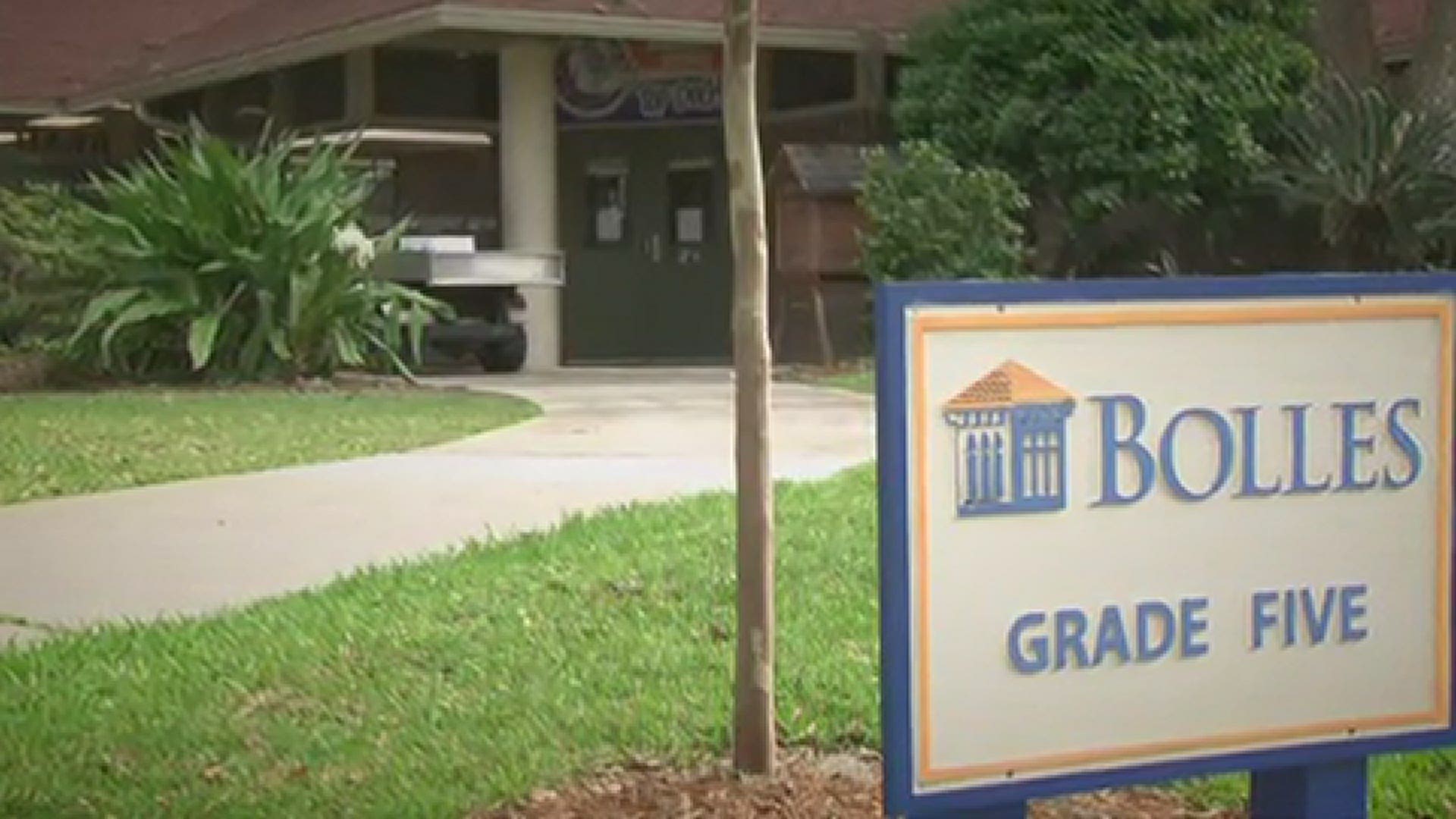 Traditionally, on the last day of fifth grade at The Bolles School, students write a letter to their future selves. Seven years later, they reunite with their fifth-grade teacher, Dawn Collins, on their final day of high school and receive those letters.

Mac Jones had already enrolled at the University of Alabama in May 2017 when his final day of high school arrived. But Collins sought out the Jones family, knowing that Mac and his parents just had to read his letter.

"[His mom] called me afterwards. I loved when he said, 'Mrs. Collins said I'll be a chick magnet!'" Collins recalled recently with a laugh.

But there was another prediction a young Mac Jones made in that letter: that he would be headed off on a Division One scholarship to play football, presumably to play quarterback. And presumably at the University of Alabama.

"I'll be darned if he wasn't," Collins smiled.

None of this surprises Collins or her great friend and Jones' kindergarten teacher, Jill Bobbitt. It's exactly who Mac Jones was when he came bouncing into each of their classrooms on their first day of school.

"He was the sweatiest kid on the playground. He lived for recess," Collins said.

"Kind of looked like Dennis the Menace with his hair always up," Bobbitt smiled. "But just smiling and full of life."

And a planner from the get-go.

"He wanted to know exactly what was expected of him," Collins explained. "More than anything, that little nerd planner? The kids that write lists and check-lists? Yeah, that's Mac."

Even if Mac planned on it, most football analysts couldn't have predicted Mac Jones' meteoric rise the past 20 months. One of the lowest-rated recruits in the University of Alabama 2017 recruiting class, Jones backed-up now-NFL quarterbacks Jalen Hurts and Tua Tagovailoa. Hurts and Tagovailoa were five-stars. Both started as freshmen. The back-up at Alabama this fall, Bryce Young, was also a five-star recruit. Most expected Young to start as a freshman, too.

But it was Jones who stepped in when Tagovailoa suffered a season-ending injury in 2019 and never relinquished the role. Until now: when he foregoed his remaining eligibility to enter the Draft, and is now -- seemingly out of nowhere -- projected to be a top-five pick in the 2021 NFL Draft.

“I’ve never known anyone who was special or famous," Collins said. "But we don’t look at him that way. He’s just Mac!”

Because Mac Jones' master "plan" went far beyond becoming an NFL quarterback. It was always his plan to come back to his alma mater, The Bolles School, and meet with students every chance he got. He has kept that promise.

"I loved it when he came back to the classroom [in 2018] and he had that Alabama ring. He said, 'guys, I really didn't earn it. But I was part of the team. And even if you're not the star, everyone has to play his or her role.'

"Some kids were like, 'I got cut from this team' or that team... For him to say, 'I was on the team and I wasn't anybody. And you may find yourself in that role, but [don't stop working]? That for me was huge."

Mac even sent videos during the COVID-19 pandemic to Bobbitt's first-grade class since he couldn't visit in-person. The young Bulldogs returned the favor this fall.

"This year, before big games, we'd text him a video of the girls doing a cheer. We made him a banner and took pictures," Bobbit recalled. "Within five minutes, Mac is texting back."

Because it's not like texting with his kindergarten teacher is a once-in-a-blue-moon occurrence. Mac Jones calls Bobbitt and Collins on their birthdays. Bobbitt and Collins have taught other, now professional athletes -- from the Atlanta Falcons' Hayden Hurst to former Giants quarterback Riley Skinner. But Mac is different.

“Year before last, there was a little buddy who was from Spain. He didn’t speak English very well," Collins explained. "I saw him throwing the ball and I said, ‘eh we’re gonna have to work on that.’ But as luck would have it, Mac came that week. And Mac spent probably 30 minutes with that little buddy showing him how to throw that ball.

"That little boy didn’t know who Mac was or who he would become. But the fact that he took the time to say, ‘hey, I know what it feels like at recess, and I’m here to help you.’"

Not that this surprised Collins: that's exactly who Mac was in her fifth-grade class. That's the Mac that wrote in his letter that he'd one day, against all odds, be the quarterback at Alabama.

“A lot of times as the teacher, you have to step in and say, ‘okay, you’re this team, you’re this team.’ But Mac always made sure the underdog was on his team. And he always threw them the ball.”

Now, he'll be throwing the ball to Pro Bowl receivers.

"I'll probably start crying like a baby," Collins said, when asked of how she'll react to Jones being drafted.

"But you know what: good things happen to those who wait."

And those who had a plan from the very beginning.

Picked up my letter I wrote in the 5th grade. Thank you Mrs. Collins this is hilarious 😂 pic.twitter.com/nEeNCEGajL