NFL Week 2 Predictions: Chargers to run it up on Cowboys; Bills get back on track in Miami

We're previewing and predicting the outcome of every Week 2 NFL game. 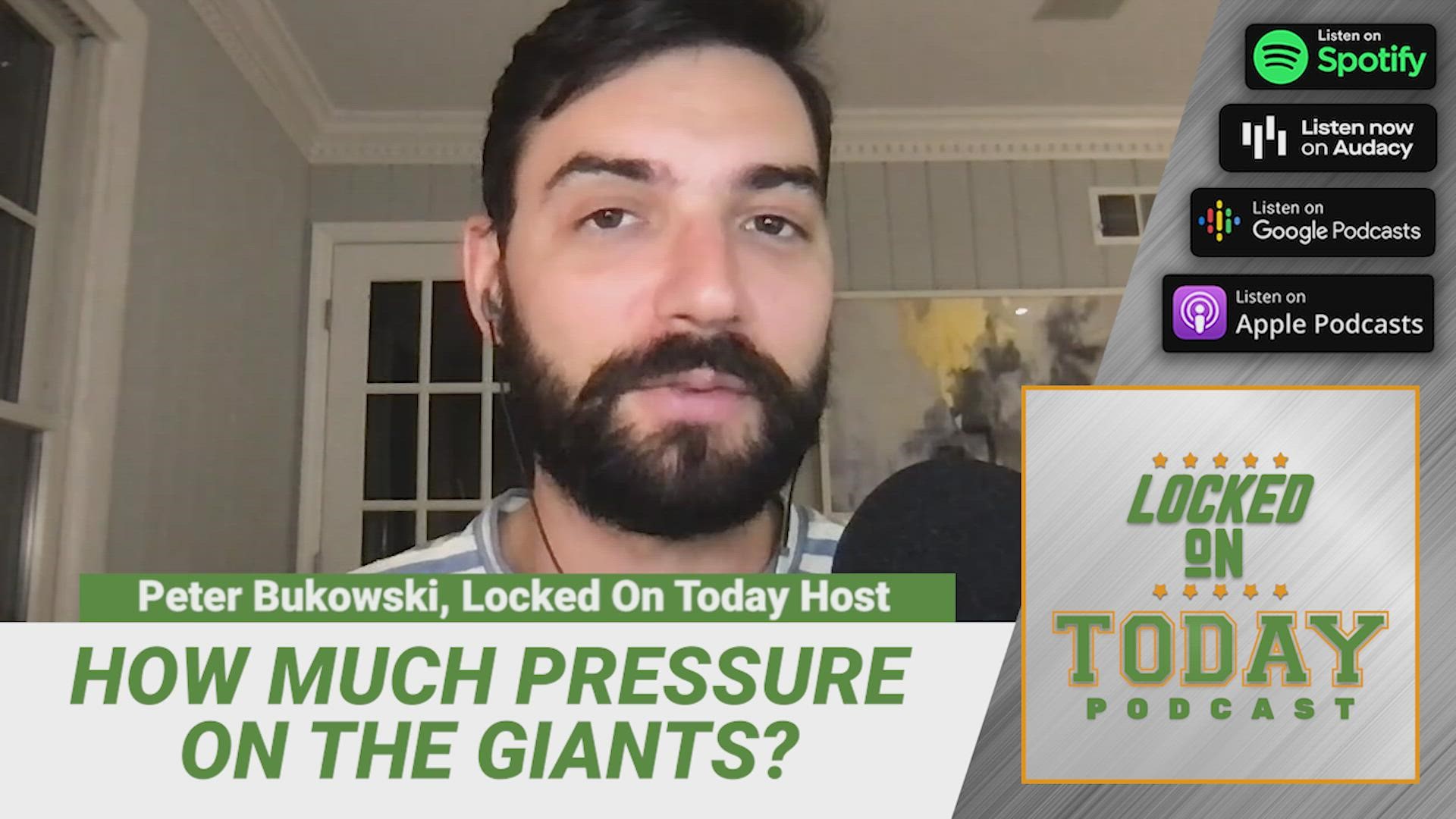 LOS ANGELES — After an eventful Week 1 that saw nine underdogs win outright we are ready for Week 2 action which features some beautiful matchups including Chiefs-Ravens, Raiders-Steelers, Titans-Seahawks and Cowboys-Chargers.

This year at Locked On, Locked On Saints host Ross Jackson and me (Locked On national content producer Cameron LaFontaine) will predict the outcomes of every NFL game week to week.

SUBSCRIBE to the daily Locked On NFL podcast, free and available on all platforms

Find the daily Locked On podcast for YOUR NFL team here!

Odds displayed are from Locked On partner BetOnline every Thursday.

The Giants and Washington will both look to get their first wins of the year on Thursday night. The Giants looked rough in Week 1 against Denver but Washington also lost starting quarterback Ryan Fitzpatrick in their Week 1 game, so this one should be tight. The Giants have lost five straight Thursday Night Football games but is 5-0 in their last five against Washington.

The New Orleans Saints provided an absolute beatdown of the Green Bay Packers last Sunday as underdogs, leading many to think this team might be much better than we thought. Meanwhile, the Panthers are off to a 1-0 start after defeating the Jets at home.

The Texans were a big surprise last week when they dominated the Jacksonville Jaguars 37-21, showing their offense has some potential after all. They'll go up against a solid defense in Cleveland looking to bounce back after a tough loss to the Chiefs.

The Bengals had a solid overtime win over the Minnesota Vikings last week and they'll look to build on that in Chicago on Sunday and get off to a fast start. The Bears lost 34-14 to the Rams in L.A. last week but they seem to be sticking with Andy Dalton as their starting QB, at least for now.

The Raiders and Steelers are both coming off big upset Week 1 wins over strong opponents. The Raiders came back to defeat the Baltimore Ravens but now they have to go on the road out to Pittsburgh and face one of the NFL's toughest defenses.

The Buffalo Bills opened their 2021 campaign with a home loss to the Steelers and now they have to hit the road to play Miami, which is coming off a win in New England. Buffalo is 5-0 in their last five against Miami.

It was a great start to the Matthew Stafford era in Los Angeles and a not so great start to the Carson Wentz era in Indy. The Colts are coming off a home loss to Seattle while the Rams were good on both sides of the ball in their 20-point win over Chicago.

The 49ers survive a late surge from the Detroit Lions, after they had dominated much of the game, to win 41-33. Meanwhile the Eagles manhandled the Falcons in Atlanta 32-6. This makes for an interesting matchup as the 49ers head back to the East Coast for a second straight week. We should learn a lot about this Eagles team.

The Broncos looked solid in Week 1 defeating the Giants by two touchdowns. The Jaguars did not look solid whatsoever in Week 1, getting taken out 37-21 by a team many expected to be the worst in the league. Can the Jags bounce back?

The Patriots and Jets both had pretty uninspiring offenses last week as they both put up less than 20 points in their respective losses. Both teams are starting rookie QBs. Vegas has a lot more faith in the Patriots than they do the Jets.

The Cardinals absolutely thumped the Tennessee Titans in Nashville in Week 1 showcasing incredible performances on both sides of the ball. Meanwhile, the Minnesota Vikings lost in overtime in Cincinnati. Is this a bounce back week for Minnesota and a come back to earth week for Arizona? Patrick Peterson also makes his return to Arizona.

The Tampa Bay Bucs grinded out a close win on opening night over the Dallas Cowboys in Week 1, now they've had plenty of time to rest and recover ahead of their Week 2 divisional matchup against the Falcons. Based on how Atlanta looked in Week 1, this one could be ugly.

The Titans were embarrassed at home against the Cardinals in Week 1 while the Seahawks quietly went into Indianapolis and took care of business pretty easily. Now the Titans will hit the road to Seattle to try and avoid an 0-2 start, but the Seahawks offense has other ideas.

The Dallas Cowboys have had plenty of time to reflect on a heartbreaking near-win on opening night in Tampa. Now they have a tough task ahead as they need to defeat the Chargers to avoid starting 0-2. The Cowboys will be without their best defender in Demarcus Lawrence who broke his foot at practice this week. They could also be without Randy Gregory who is on the COVID-19 list. The Chargers are coming off a big Week 1 road win over Washington. Can their high-powered offense outscore Dallas?

The Chiefs didn't look their best in the first half of last week's opener against the Browns, but as KC does, they got it together for a comeback win in the second half. Baltimore looked strong for much of Monday night's game against the Raiders, but they fell apart late to drop the game. Now they have one of the NFL's toughest opponents coming in as they try to avoid an 0-2 start.

The Lions defense is really not good. We saw that in Week 1 against the 49ers, but their offense and can a little flashy with the DeAndre Swift/Jamaal Williams backfield. The Packers laid an egg in Week 1 and they'll be back home against a familiar opponent, which should be an easy win unless they're still asleep at the wheel.