In his first television interview, the two-time state champion discusses his future in football and life 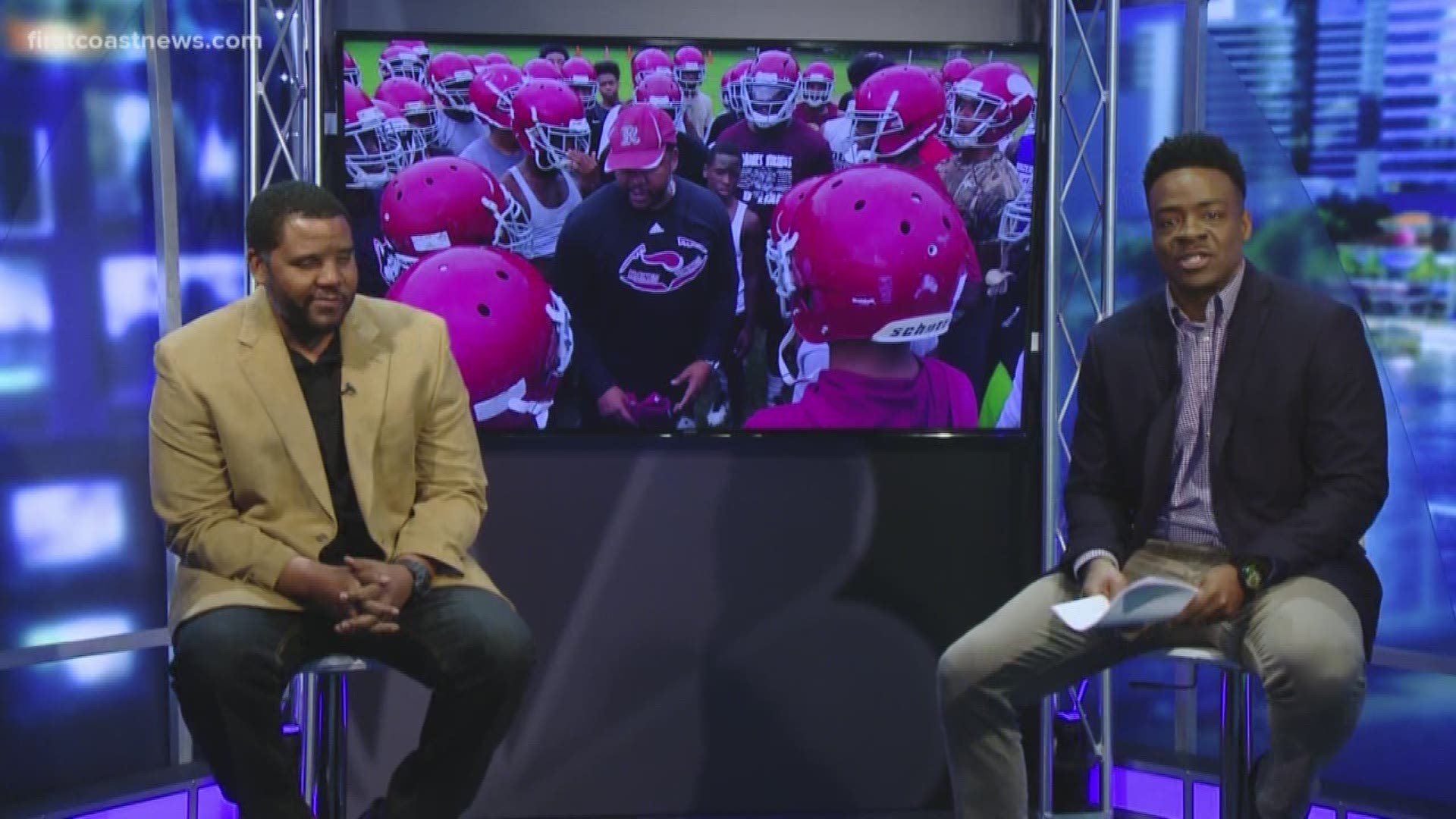 One week after rocking the high school sports scene in Northeast Florida, now-former head football coach Deran Wiley joins Chris Porter live on the set of "Sports Final" to discuss his decision to step away from high school football -- for now.

"I got some things I'm looking at, that I'm interested in," Wiley said. "My high school career has been good -- as a head coach, as an assistant coach. I'm just looking to grow."

Wiley said the toughest part of his decision -- which was reached through much prayer and reflection -- was informing his players.

Wiley led Raines High School to State Championships in 2017 and 2018, the first by Duval County Public Schools in the 21st century. Given that former Raines head football coach -- and Wiley's mentor -- Welton Coffey once left the Northside for a coaching opportunity in Georgia, many rumors have circulated about Coffey making a similar jump.

He addressed those rumors on First Coast News.

"There's been two or three schools that have reached out. I had candid conversations with those schools," Wiley said. "A lot of research. Lot of conversation. But that's not the case at the moment.

"To clear things up: I'm just taking time to spend with me and see what I want to do."

Wiley also wouldn't rule out a jump to the collegiate ranks.

"Over the years, that's been part of the conversation, too. We'll see."

One thing Wiley would confirm:

He won't be on the sidelines for long.