5,000 fans and limited infield camping guests will be allowed for Saturday's race 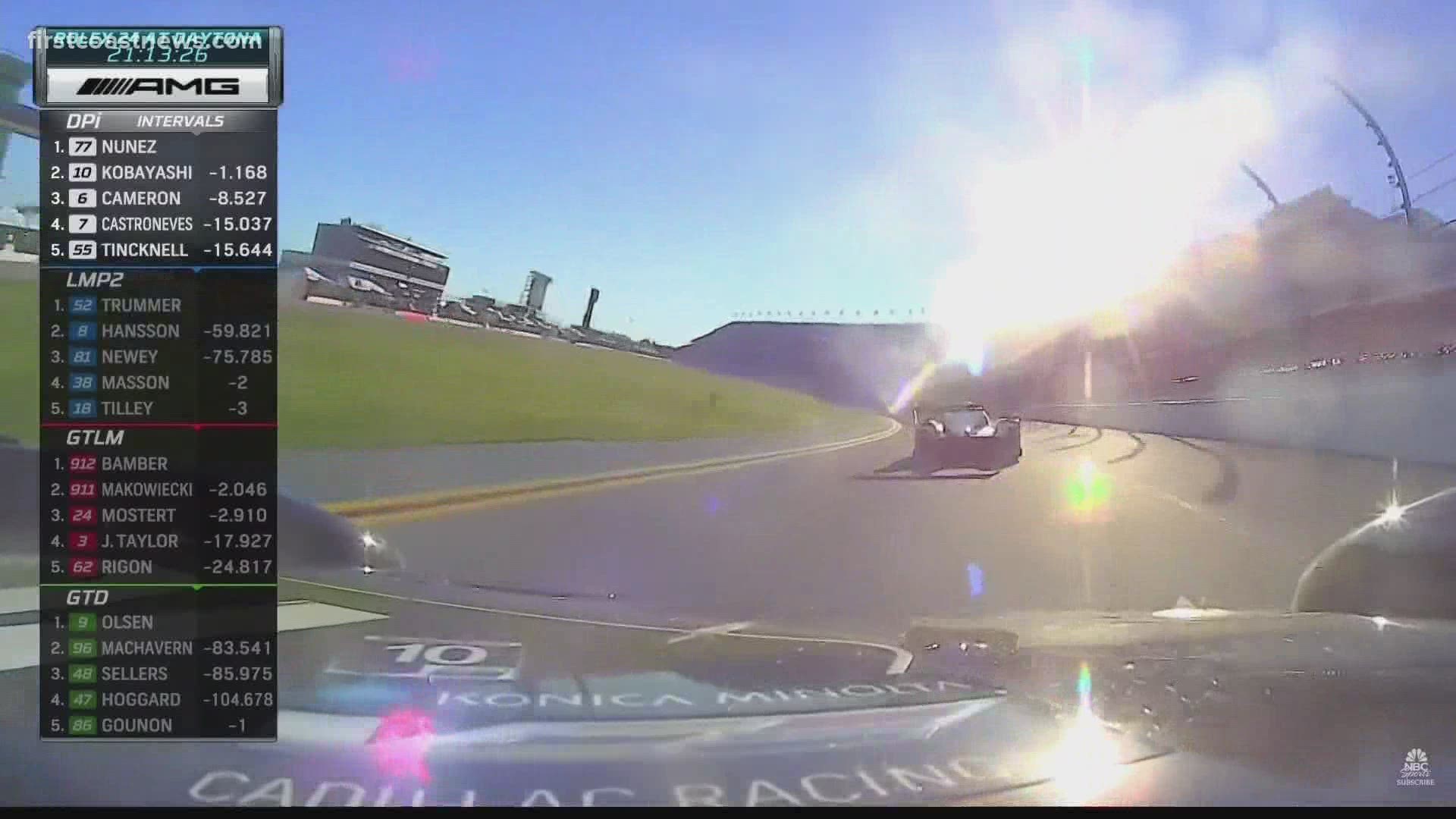 Daytona International Speedway will allow fans back at the track for July 4's IMSA WeatherTech 240.

“Two weeks ago when we were in Talladega, my boss and his boss were out in the grandstands making sure people had their masks on. Making sure people stayed socially distant. Making sure everyone was having a good time," Daytona Int. Speedway president Chip Wilie explained, noting Talladega's similar, 5,000 fan capacity for their Geico500. Wilie and his team were also on-hand at Homestead-Miami when they welcomed 1,000 military personnel to the stands the week prior.

And that's not all.

"We went and spent some time with our friends at Universal Studios. They're only opening their gates to 25-percent of their total capacity -- yet they have 30-percent more workforce than they did when they closed. And that workforce is technically back-of-house. People you'll never see: cleaning bathrooms, sweeping up -- people you don't even recognize.

"Now they're part of the show. And we've taken a lesson out of that book. We’re actually gonna have more people cleaning bathrooms, cleaning hand rails than we would for the Coke Zero 400 or we would otherwise."

For context: the Coke Zero 400 -- traditionally run at Daytona on the Fourth of July and which was moved to August before the pandemic due to NASCAR's reshuffling of their schedule -- can host close to 100,000 fans.

“We’ll have folks that kinda just roam the facility to ensure that everyone is following all of our protocols and guidelines," Wilie continued. "It’s just like any other rule. You gotta follow all the rules of the race track.”

What are the rules?

- Masks will be mandatory for all guests

- Social Distancing must be practiced

- 2 oz. bottles of hand sanitizer will be distributed to fans as they enter

- Hand sanitizer available throughout the property

When asked if the recent spike in COVID-19 cases -- particularly in the Orlando-area -- was concerning to him and his team, Wilie said:

“We’re not concerned. We have a really good plan to ensure the safety of our fans… We want people to visibly see us wiping down handrails, cleaning bathrooms, keeping people socially distant. We are spending all our energy on it so that when people come to the race track, they feel safe."

And, moreover: that they have fun while being safe. Besides the protocol, that was the other biggest takeaway Wilie and his team had from their trip to Talladega.

"The feedback that we got from the fans was so incredible. And it made all the hard work worth it. Everybody was so ‘thank you for having us back!’ ‘We love being here! We missed being at the race track!’ And that’s why we do what we do. That’s why we show up at the race track every day.

“We’re getting calls from other sports leagues every day asking, ‘how did you do it?’ ‘What helped you get back?’ And for us to be the leader in sports and bringing them back is something we’re all gonna be able to put a feather in our cap and say, ‘hey, this was something we were a part of.’"

A limited number of tickets remain for the IMSA WeatherTech 240 on Saturday, July 4. Tickets are $30 for adults and children 12 and under are admitted free. Visit www.daytonainternationalspeedway.com for more information.