Dozens of pro-choice advocates gathered on the east side of the Bridge of Lions before marching with signs with messages such as "Keep Abortion Safe and Legal." 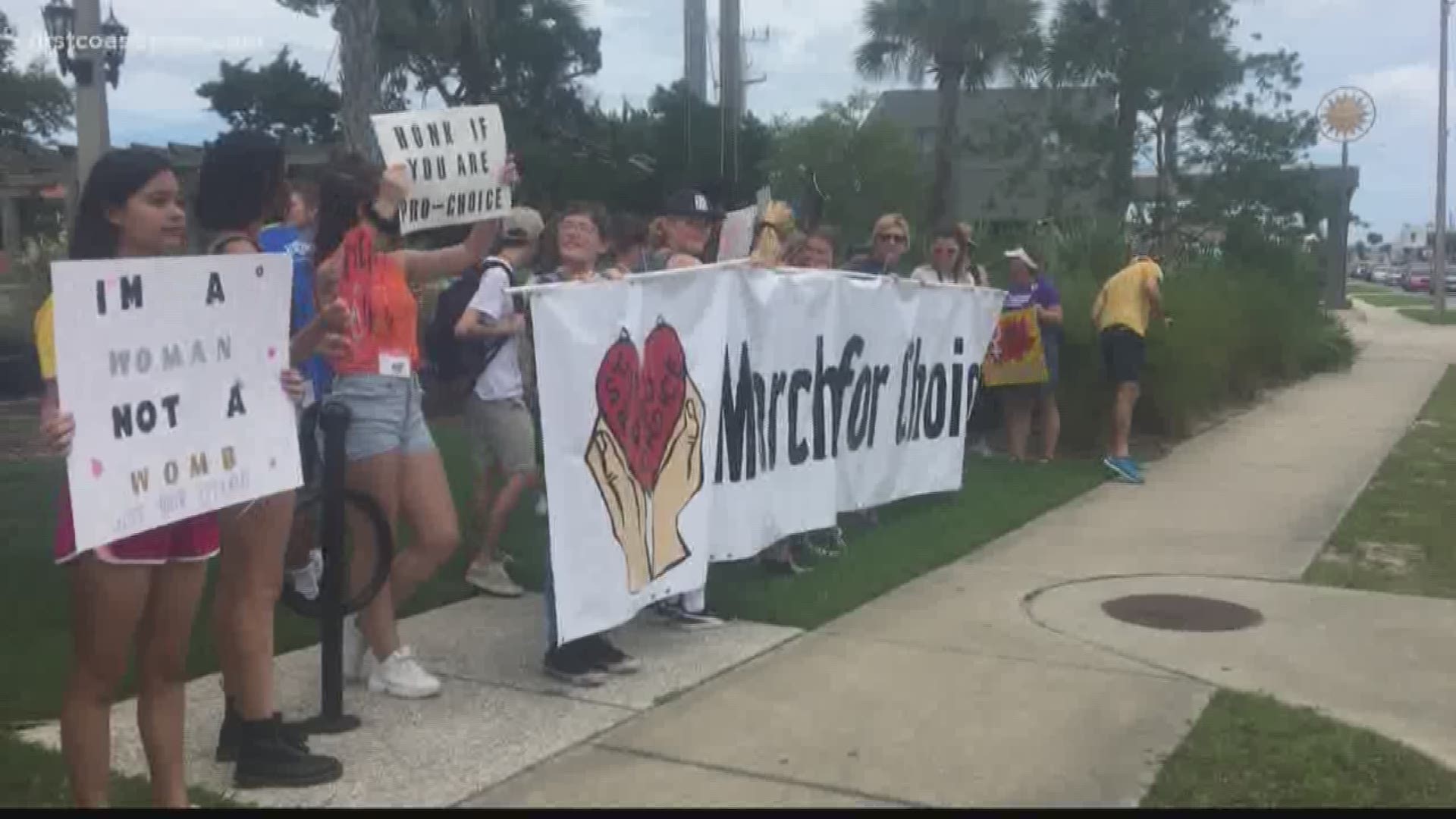 Georgia is among several states tightening restrictions on abortions after the detection of a heartbeat. Heartbeats are detected much earlier in pregnancy than fetal viability, the latter being a more common threshold in the decades since Roe vs Wade.

At 3 p.m. dozens of pro-choice advocates gathered on the east side of the Bridge of Lions before marching with signs with messages such as "Keep Abortion Safe and Legal," "Stop Shaming Women" and "Abortion is a Civil Right."

Not everyone who showed up was there to support the march, but one organizer said she was pleased by how many people participated.

"We've had a great youth turnout today with a lot of local students, college and high school-aged," said organizer Layla Slate. "We have a lot of support in the community, support from the St. Johns County Democratic Party, Women's March of North Florida, Indivisible, and we're having a great turnout today."

In contrast, protester Kristen Mason-Heather came as a pro-life advocate.

"I'm out here as an advocate for the unborn because God chooses life and Jesus loves little children," Mason-Heather said.

A Florida House bill filed in January would have prohibited abortion after a fetal heartbeat is detected -- typically around six weeks after conception.

However, that bill died in subcommittee.