Georgia was one of only four states without hate crime legislation on the books prior to Kemp's signature. 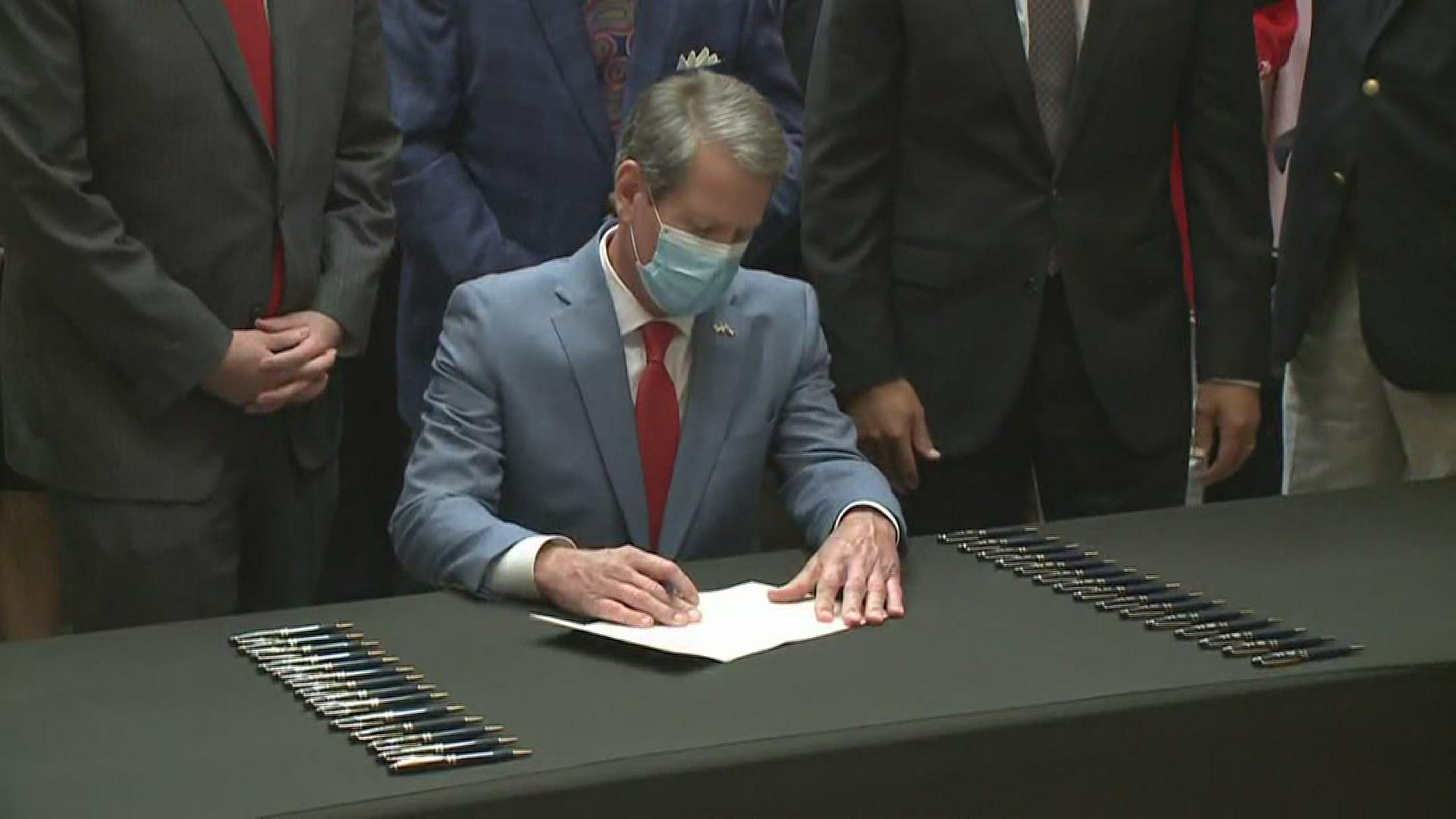 ATLANTA — Georgia Gov. Brian Kemp has signed the state's long-awaited hate crime legislation on Friday afternoon after both chambers of the General Assembly passed the bill earlier this week.

The state Senate passed the legislation on Tuesday after lawmakers struck a deal to remove language protecting police.

Prior to this point, Georgia was one of only four states in the nation without a hate crime law on the books. With Kemp's signature, only South Carolina, Arkansas and Wyoming remain without such a law.

The bill, HB426, passed in the Senate by a 47-6 margin. The measure was sent back to the House for a debate of the Senate's changes, including data collection and reporting requirements as well as the addition of sex as a protected factor.

Story continues below legislation as shown below:

Bipartisan support for the measure had been thrown into doubt when Republicans added protections for first responders to the bill, but those protections were removed from the bill and placed into another measure that also passed.

Kemp signed the measure at a 2 p.m. ceremony at the Georgia State Capitol. Watch it below.

Among those expected to attend the ceremony was Wanda Cooper-Jones, but she later decided not to attend over the controversial HB838. Cooper-Jones is the mother of 25-year-old Ahmaud Arbery, a black man who was shot and killed on February 23 as he was jogging in a Glynn County subdivision.

The suspects claimed there had been burglaries in the area and confronted Arbery. The shooting has been decried by activists as a vigilante murder.

There is no evidence Arbery was ever connected to any type of burglary.

There were no charges or arrests in the case until the cellphone video of the shooting leaked to social media in early May, with civil rights groups and activists insisting that the men involved avoided accountability due to Greg McMichael's ties to law enforcement.

Arbery's death is being investigated by federal authorities as a possible hate crime under federal law.