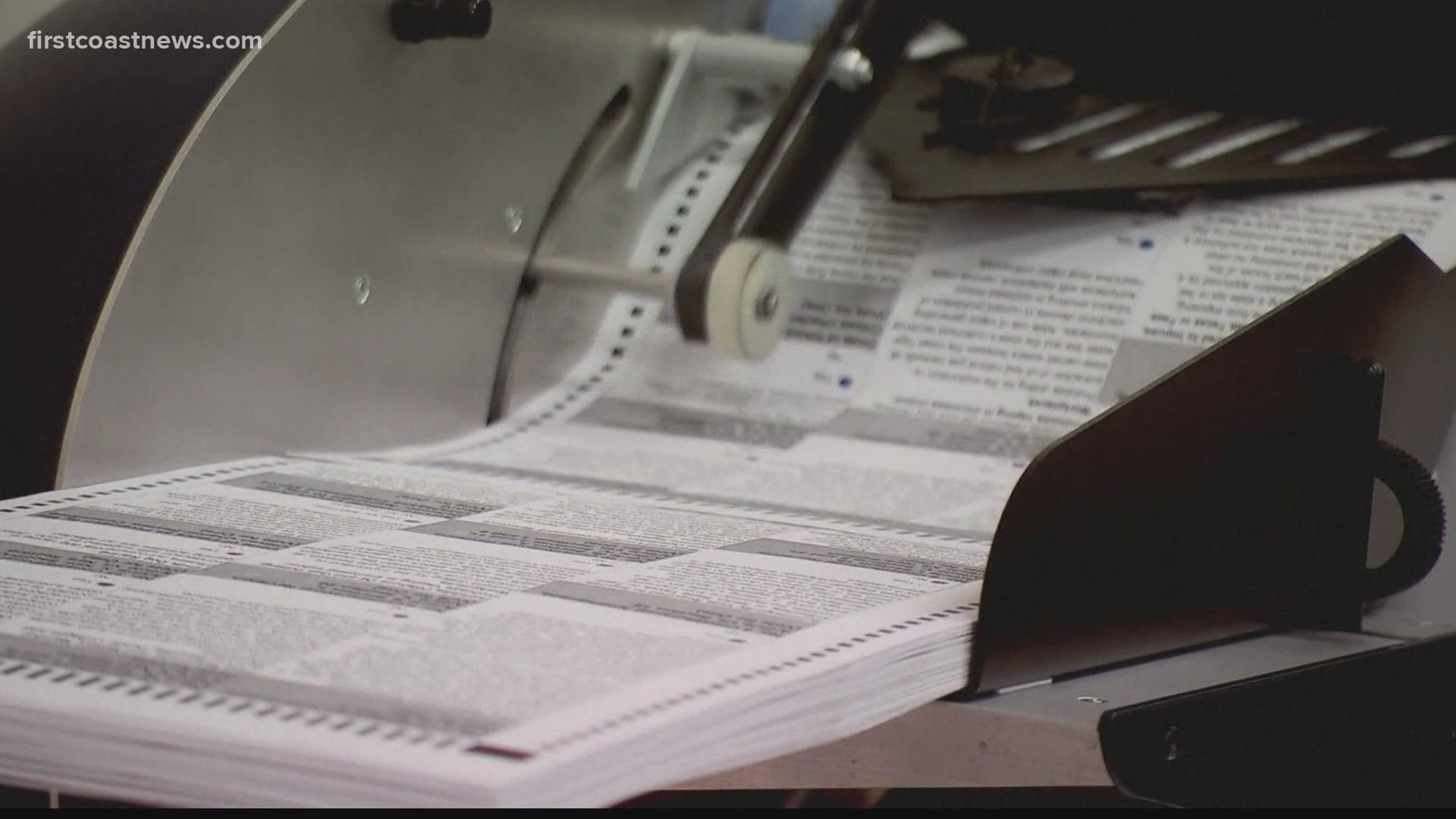 TALLAHASSEE, Fla. — Florida lawmakers are considering one of several bills with similar voting restrictions as the one making headlines in Georgia.

Three days ago, Major League Baseball pulled the All Star Game out of Georgia, blaming the state’s new law adding some restrictions and requirements for voters.

Georgia’s Governor Brian Kemp argues that it expands the number of days for early voting, but that law requires voter ID to request a mail-in ballot, limits dropbox access to turn your ballot in and makes it a crime to give voters waiting in long lines food and water.

Florida Republicans own a majority in the Senate, which makes state senator Audrey Gibson feel the bill could be approved by her committee and could be passed on party lines.

Republican leaders in the state legislature claim the bill is about securing the vote.

Voting by mail, which came under heavy criticism from former President Donald Trump, was an option millions of Floridians chose to cast their ballot in the November 2020 election.

Senate Bill 90, one of several in the state legislature that could make the vote-by-mail process harder, could likely pass the rules committee on which Sen. Gibson serves.

“It’s very unfortunate because it’s not about the party of the voter, it’s about the voter period, and their choice in how they want to exercise their right to vote,” Sen. Gibson said.

In the November 2020 election, the Duval County Supervisor of Elections Office said 139,311 people cast vote by mail ballots. Of that, 30,951 ballots came in via vote-by-mail drop boxes at early voting locations.

“The ballot boxes outside of the early voting sites, they worked perfectly," Sen. Gibson said. "There was no fraud. They were very secure.”

SB 90 would take away those drop boxes outside of early voting locations, require driver license numbers or a social security number to complete a vote-by-mail request, restrict who could drop off a mail ballot to only immediate family members, and require voters to request a vote by mail ballot for each election instead of every two years.

SB 90 may be temporarily postponed in the Rules Committee, according to a Florida Senate Majority Office spokesperson.

Senator Dennis Baxley, who represents portions of Lake and Marion counties, is still working on the bill.

“Florida leads the nation in election reforms because the Florida Legislature has taken a proactive approach to address any election issues. Senate Bill 90 ensures those wishing to vote-by-mail in Florida submit the most up to date information in a timely, secure fashion to allow for a fair election with fewer chances for fraud. It is critical that we safeguard against abuse and continue to maintain the integrity of our free and fair elections – a cornerstone of our nation’s democracy.”

Senator Gibson says the bill is not about election security.

“This is just trying to put roadblocks between the people and their right to vote,” Sen. Gibson said.

Sen. Gibson adds if the bill is passed, she says people may be more encouraged to vote by mail again, pandemic or not.