DeSantis announced the proposal Tuesday, continuing his pledge to “crack down on violent and disorderly assemblies” in response to police brutality protests. 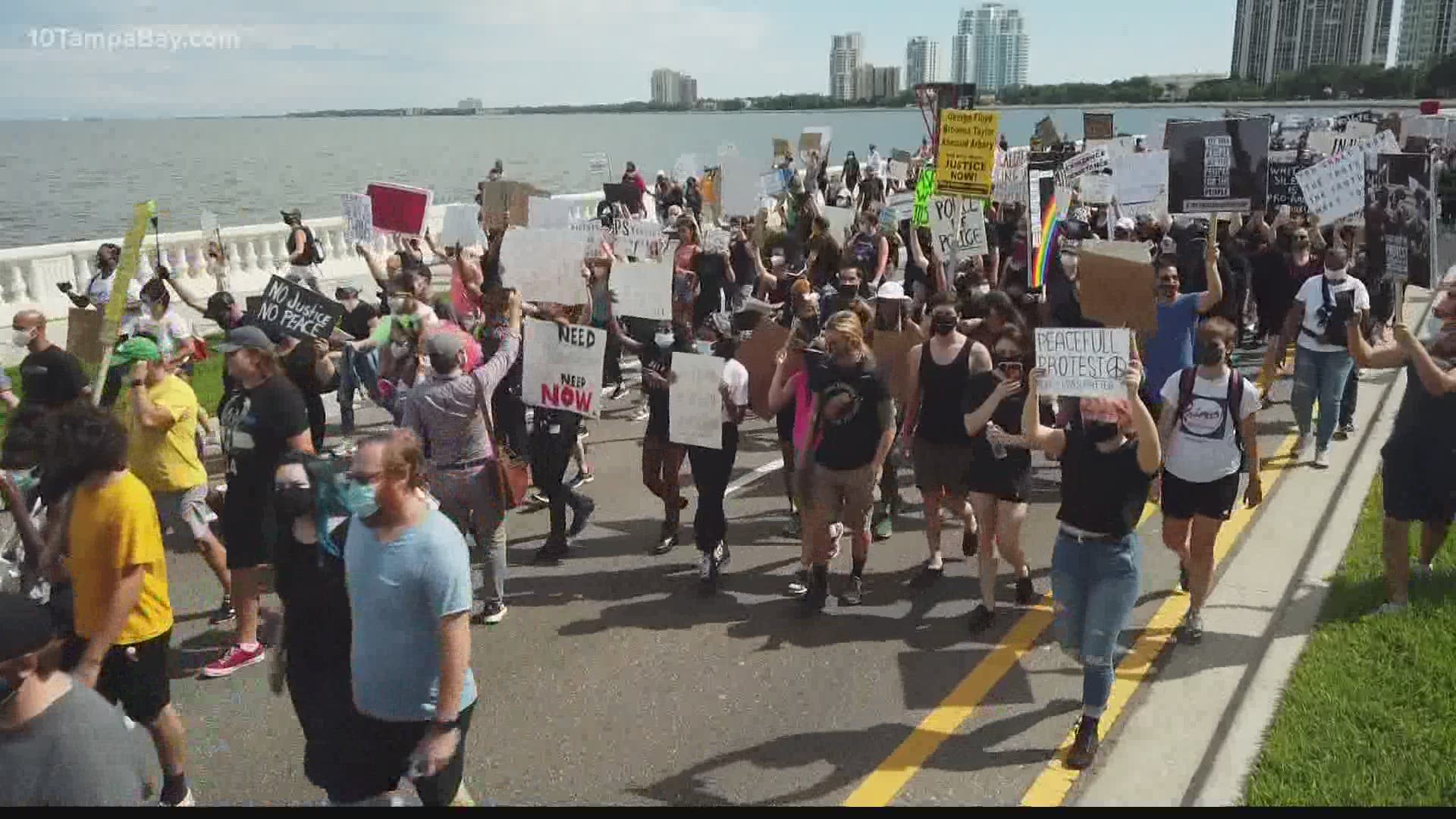 TALLAHASSEE, Fla. — An “anti-mob” legislation drafted by Gov. Ron DeSantis and aimed at police brutality protests sprouting up in other cities would expand Florida's Stand Your Ground law, a move critics say would allow bystanders to shoot and kill looters.

DeSantis announced the proposal Tuesday, continuing his pledge from September to “crack down on violent and disorderly assemblies" in response to police brutality protests in other cities that occurred after the death of George Floyd, a Black man killed by Minneapolis police officers, news outlets reported.

The proposal titled “anti-mob legislation draft” would expand the list of “forcible felonies” under Florida’s self-defense law to include property crimes. It would justify the use of force against citizens who are “interrupting or impairing” business during “violent or disorderly assembly.”

The proposal would also increase criminal penalties for people involved in “disorderly assemblies,” make it a third-degree felony to block traffic during protests and provide immunity to drivers who “unintentionally" hit protesters blocking traffic.

Gelber has been a critic of the Stand Your Ground law since it passed in 2005.
Former Miami-Dade prosecutor Aubrey Webb said the draft is vague and could lead to deaths for minor infractions.

“It dangerously gives armed private citizens power to kill as they subjectively determine what constitutes ‘criminal mischief’ that interferes with a business,” Webb said. “Someone graffiti-ing ‘Black Lives Matter’ on a wall? Urinating behind a dumpster? Blocking an entrance?”

Incoming Senate President Wilton Simpson and Sarasota Republican state Sen. Joe Gruters both said they were interested in the proposal but have not said whether they will sponsor the bill.

As of Tuesday, the proposal is still a draft. No bills have been filed in either the House or Senate.

RELATED: Groups speak out against Gov. DeSantis' bill cracking down on protests