Customers can still buy firearms and ammunition from Walmart but will have to ask a store associate for help. 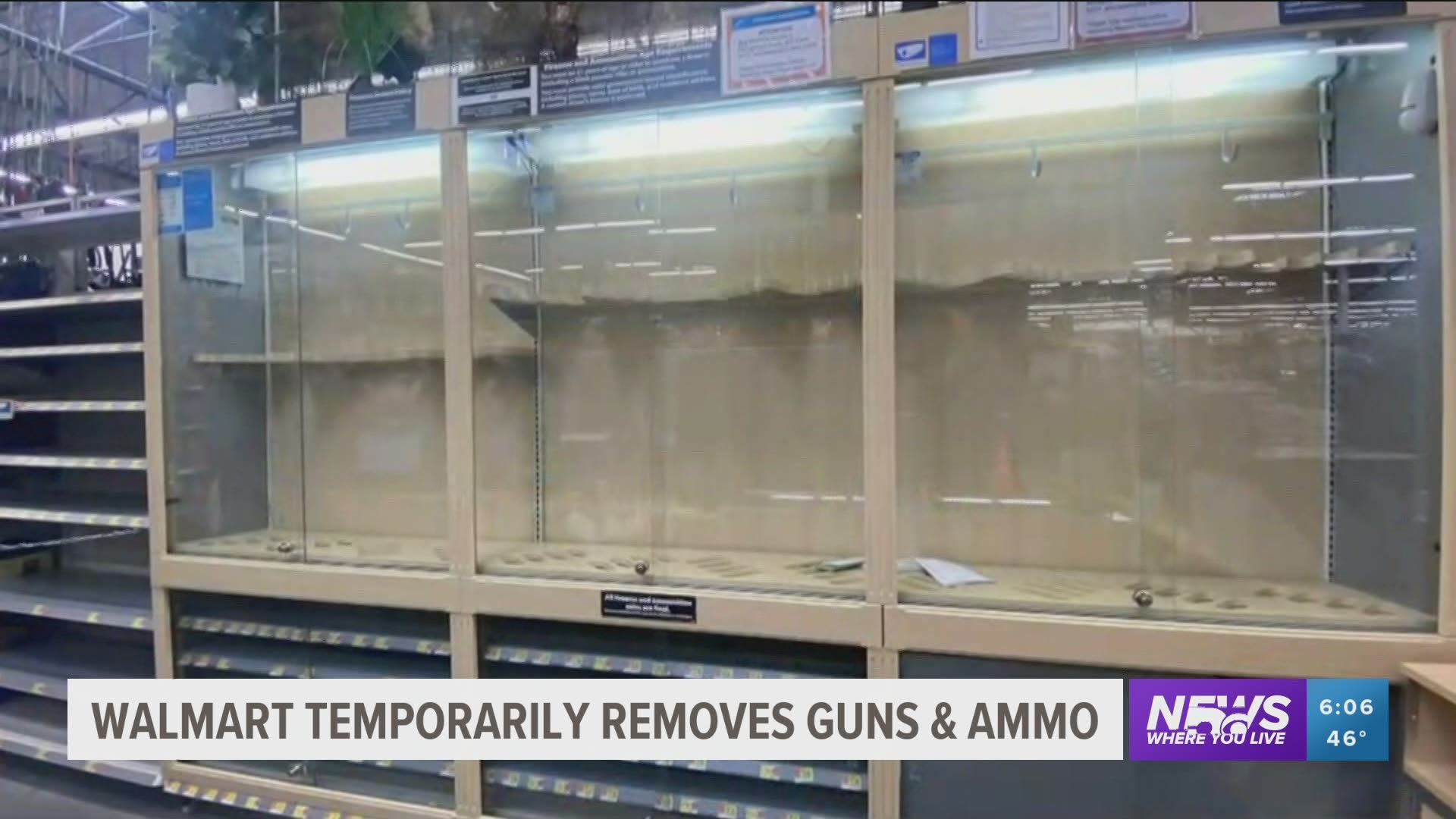 BENTONVILLE, Ark. — UPDATE: Walmart has returned guns and ammunition to its floor displays.

Walmart is temporarily removing guns and ammunition from store shelves as America heads towards a heated presidential election.

5NEWS received the following comment from a media partner with Walmart when asked about removing firearms and ammunition from their store shelves:

“It’s important to note that we only sell firearms in approximately half of our stores, primarily where there are large concentrations of hunters, sportsmen and sportswomen. We have seen some isolated civil unrest and as we have done on several occasions over the last few years, we have moved our firearms and ammunition off the sales floor as a precaution for the safety of our associates and customers. These items do remain available for purchase by customers.”

Walmart sells firearms in roughly half of its 4,700 U.S. stores, according to CBS.

Walmart also removed firearms and ammunition from some of its stores during the wake of George Floyd's death and the national unrest that followed.

RELATED: Walmart moving firearms and ammunition off sales floor in some U.S. stores

Customers can still buy firearms and ammunition from Walmart but will have to ask a store associate for help.

When asked, one Walmart shopper, who also happens to be a gun dealer, said the precautionary measures make sense under the current climate, just not in small-town America.

“I can understand securing all your guns in big cities where the actual violence and riots are happening, but in Podunk America, where there are small towns and little chance of it….It doesn’t make much sense to me," Bob Bailey told 5NEWS.