'I want to have this sand in my casket': Orange Park woman finds way to honor mother who served in WW2

More than 75 years after Julie Balke's mother nursed wounded men on Omaha Beach, a simple handful of sand would bring the daughter of a hero almost to tears. 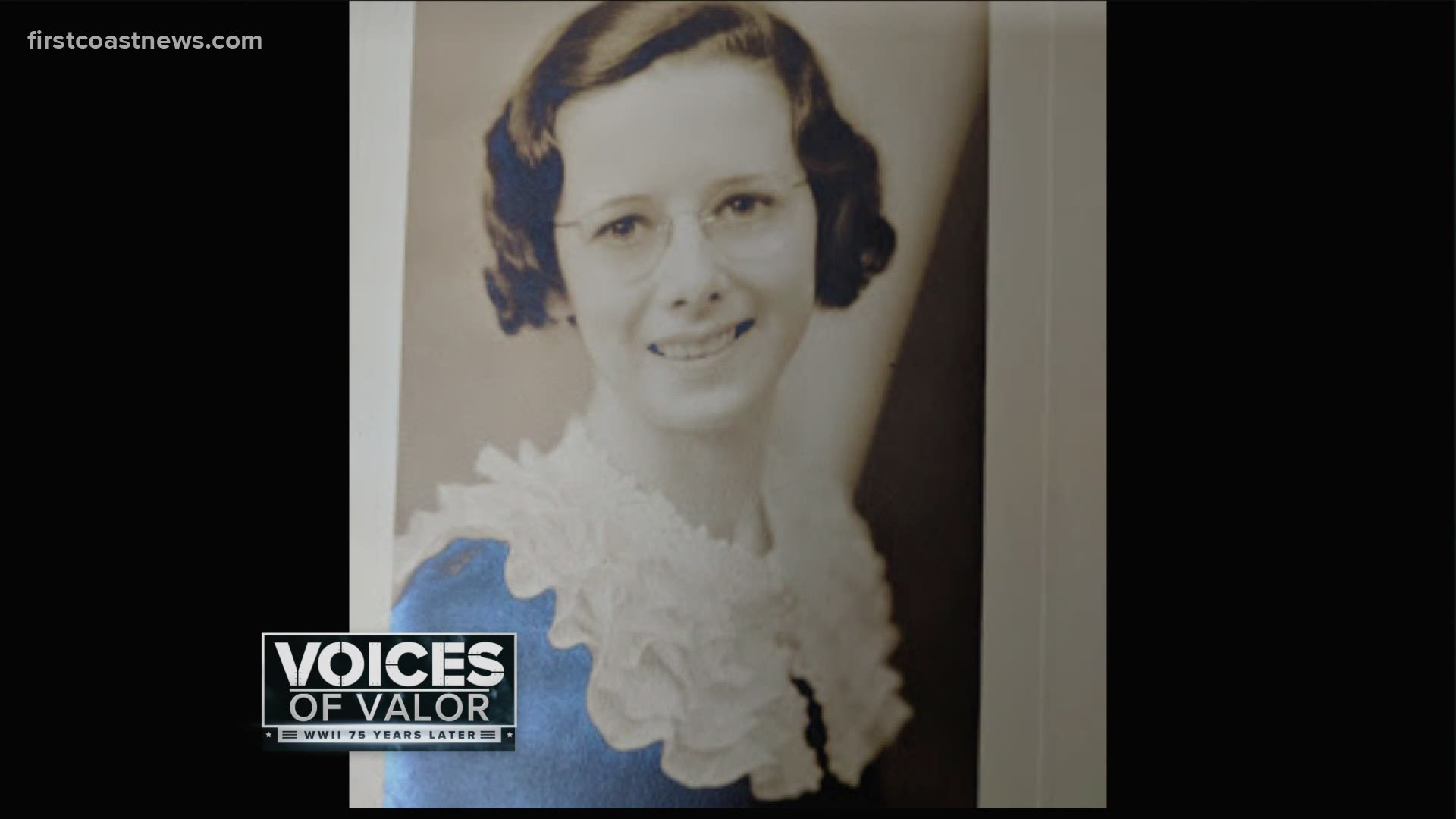 ORANGE PARK, Fla. — She wasn't even five and a half feet tall, yet Julie Balke's mother was a hero of enormous proportion.

Her mom was a nurse who went onto Omaha Beach the day after the invasion of Normandy. The beach was still covered with bloody bodies and wounded soldiers.

Balke remembers her mother, Julie Barker, talking about holding a soldier whose legs and arms had been blown off. "She held him until he bled out," Balke said.

The soldier's own mom was an ocean away. Barker was a nurse and mom to many on that beach in 1944.

It was an American victory. The beginning of the Allied forces crushing the Nazi war machine.

But the price was tremendous and not just on that day.

Balke remembers how years after her mom's return home she would dash under the piano in a storm. The thunder was too much like the sound of explosions in war.

Now Balke realizes her mom had PTSD. But her mom always maintained her pride in serving our country.

Balke promised her mom she would travel someday to Normandy and stand on the same beach and the same sand where her mom endured the tragic consequences of battle. However, Balke has a tough time getting around, due to her health.

So last year, when First Coast News reporter Jeannie Blaylock returned from Normandy for the 75th Anniversary of D-Day, Balke called her.

She asked, "By any chance, did you bring back sand from Omaha Beach?"

"Yes" was the answer. Jeannie had quietly scooped up sand as many do on Omaha Beach in Normandy, France. It's a quiet process. People show so much respect just touching what many consider hallowed ground.

And then Jeannie had no idea then how much it would mean to a woman in Orange Park.

Balke received the bottle of sand and stared at it. She was moved and obviously grateful for the connection to her mom's experience so many years ago.

Balke then explained she wanted it put in her casket when she passed away as a tribute to her mother.

As a way above and beyond her promise of paying her honor.

“I want to have this sand in my casket.” To honor her mom, a WW2 nurse. She cradled soldiers bleeding out on Omaha Beach. Julie called me when I got back from Normandy for D-Day's 75th. She asked, “Did you happen to bring back any sand?” Tonite at 6- Voices of Valor @FCN2go pic.twitter.com/YGSxUX3vqs

RELATED: What was The Island of Death? At 103, this veteran knows all too well