An Orange Park veteran turned 95 and he's a national treasure as one of only 3% of WW2 veterans still living. 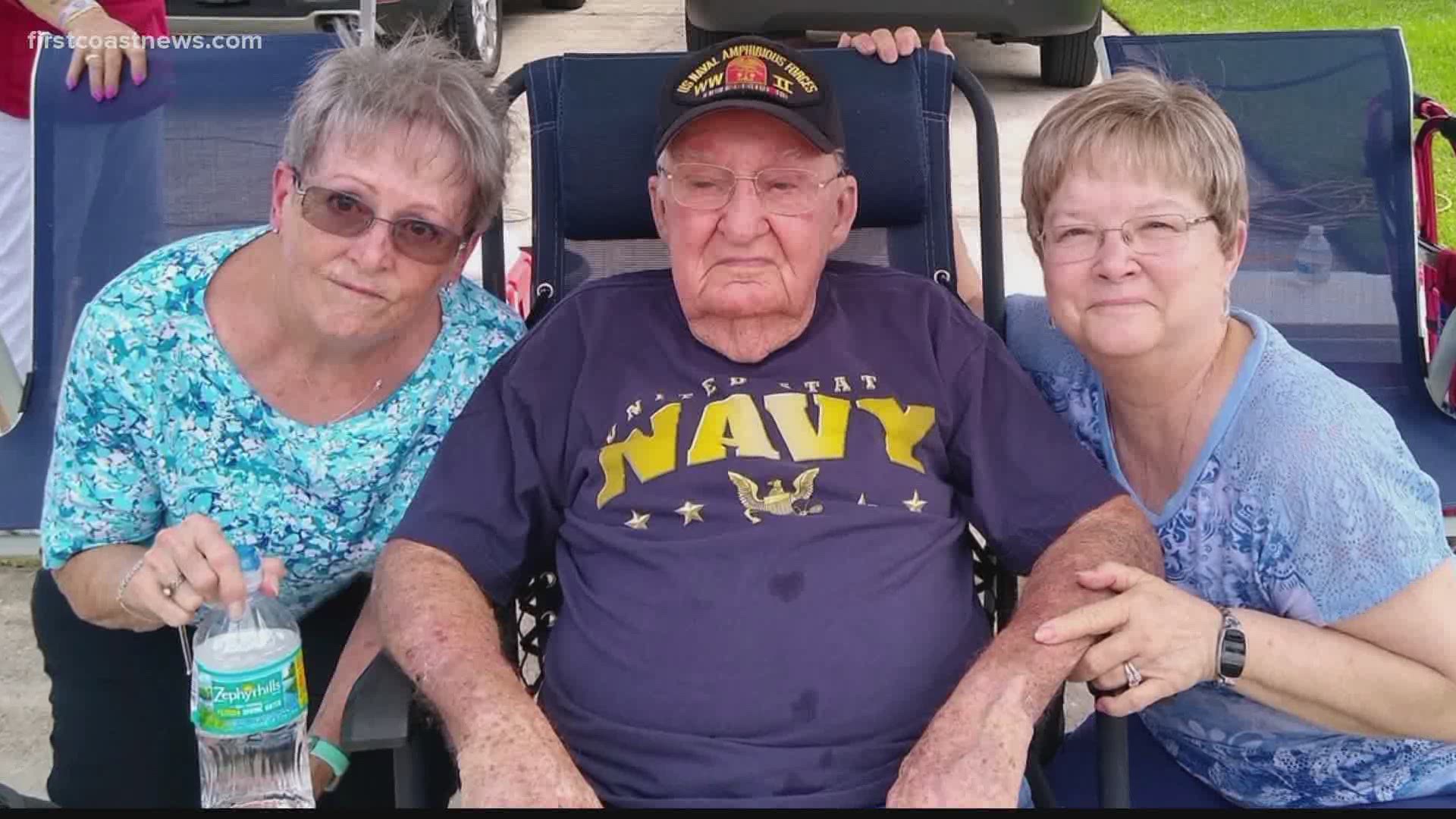 ORANGE PARK, Fla. — Howard Joseph Schmahl is a D-Day veteran. "When I was 17 I decided I wanted to go in the Navy," he said.

Now, this former Signalman 3rd Class, known as Mr. Bud, is turning 95. The World War II veteran told his family he didn't think people would show up to celebrate his birthday.

His family said, "He's a saint," and always humble.

A couple dozen cars, including deputies from the Clay County Sheriff's Office, honked and waved in a drive-by birthday parade for Mr. Bud in Orange Park.

Just achieving his 95th birthday is an accomplishment, but especially significant for a WWII veteran. Less than 3% of WWII veterans are still alive.

Mr. Bud was sent to Normandy for D-day. His job was to lower the ramp on the Higgins boat and push forward soldiers onto Omaha Beach. The plan was for him to remain on the boat and run load after load to the beach, but his boat was damaged. He had to get out and go — in the second wave —  onto Omaha Beach. No guns. No weapons.

When asked, "What do you want people to know about D-day," he gets quiet. The weight of the memories seems to buckle him under.

He bows down his head and starts to shed tears. Choked up, he talks about the sacrifice soldiers made. He says it was a terrible scene, accurately portrayed in "Saving Private Ryan" and "The Longest Day."

How did he avoid being killed by German machine guns?

Mr. Bud says everyone, if they can, should see the white crosses of  Normandy in the cemetery. That day, more than 2,000 American soldiers died. But D-Day turned the war around and began the annihilation of Hitler's war machine.

So Mr. Bud, Happy Birthday!  Thank you for your service, as we mark 75 years of the end of WWII and the signing of the unconditional surrender with Japan.