During Hurricane Irma, the water from Wills Branch Creek swept into a home, causing significant damage. Residents are worried it could happen again. 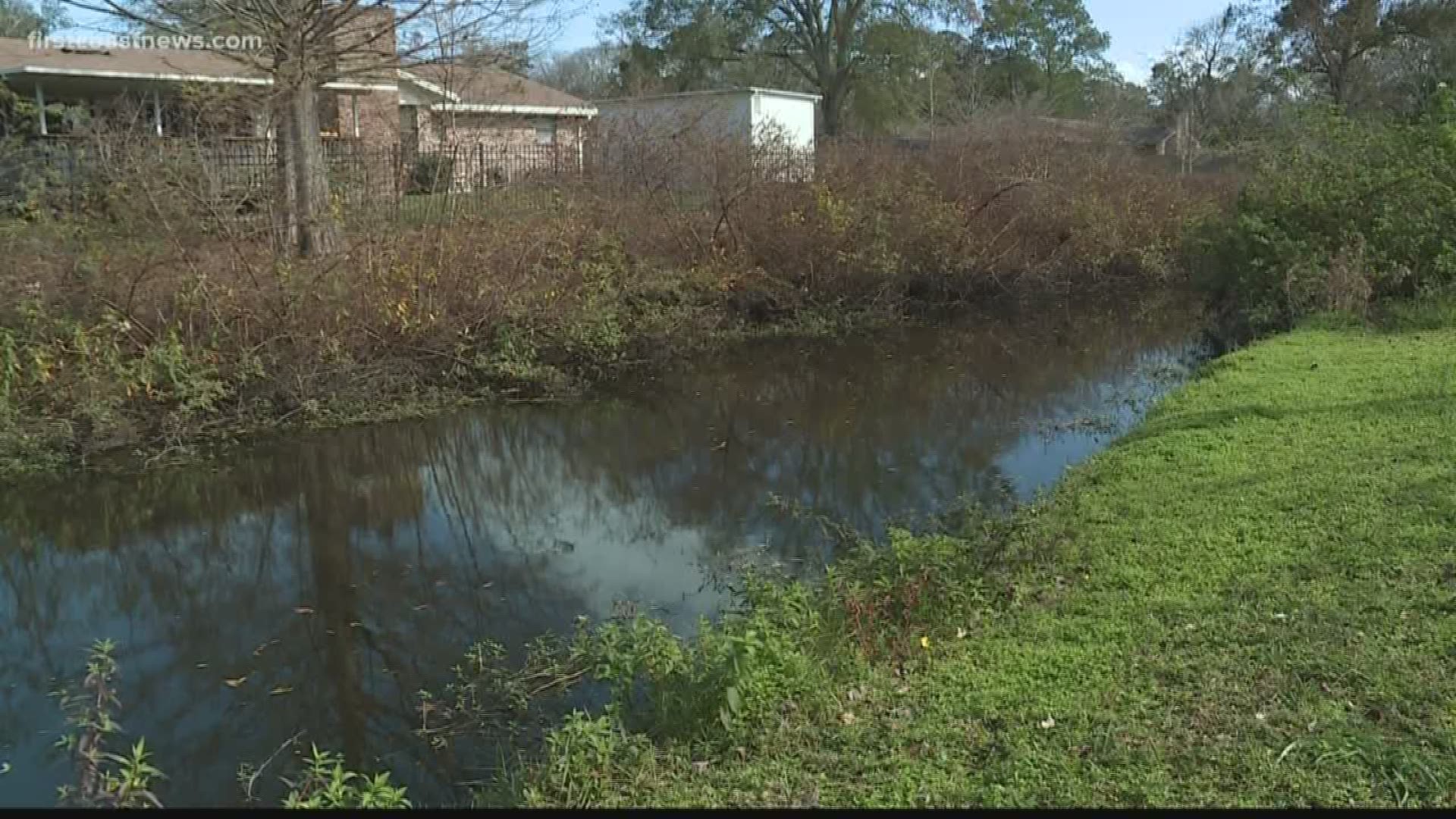 JACKSONVILLE, Fla — Hyde Grove Acres is a quiet suburban community that is in need of help, according to residents.

"These are all of the requests from the city that I've put in," said Robert Reilly, holding a stack of requests. "Seven, eight, nine in all, and they have not done anything."

Flooding has been the bane of Reilly's complaint for a while. Reilly is one of the homeowners impacted by flooding. During Hurricane Irma, the water from Wills Branch Creek swept into his home, causing significant damage.

"On heavy rains, it starts encroaching in our backyard," he said.

Several homes on his side of Hanson Drive North were damaged during Irma. They have since been rebuilt, but residents fear it will happen again very soon and the community is asking the city to help minimize the risk of flooding.

"Do what is stated in the contract and have [the creek] dredged every seven to nine years like it was supposed to," said Reilly.

The contract is an agreement between the U.S. Army Corps of Engineers and the City of Jacksonville. It is called the 205 Wills Branch Flood Control Project.

Reilly's understanding is that it calls for maintenance dredging of the Wills Branch Creek every seven to nine years.

He said the last time work was done was in 2009. City Hall has been a "colossal failure" to the neighborhood, Reilly said.

"And to our neighbors on the other side of Bakersfield as well," he said.

The flood control plan was created after decades of flooding in the area. In fact, some homes were purchased, demolished and turned into green space.

Reilly, standing in his backyard, points to the overgrown areas that could impact the water flow.

"We need help," he said. "Do what you said you are going to do -- maintain it, clean it and give us some relief. I know you can't run out there and dredge, but it is binding in a contract."

We wanted to know how binding the contract is if the contract signed in 1996 is still in effect. Or is it null and void?

First Coast News reached out to the District Council representative, Brenda Priestly Jackson and so far no response from her nor her office.

The mayor's office gave us this response to the community's concerns:

The City of Jacksonville does not maintain natural water bodies such as Wills Branch Creek, which predates the construction of the subject subdivision. City crews are responsible for the maintenance of stormwater infrastructure and will remove blockages that inhibit flow as needed. A dredge project for the area is proposed for year 2025 in the Capital Improvement Plan (CIP).