Tree vs. sidewalk: One local man is rooting for the tree

A St. Augustine man was surprised when he heard his live oak might have to come down in order to improve a sidewalk 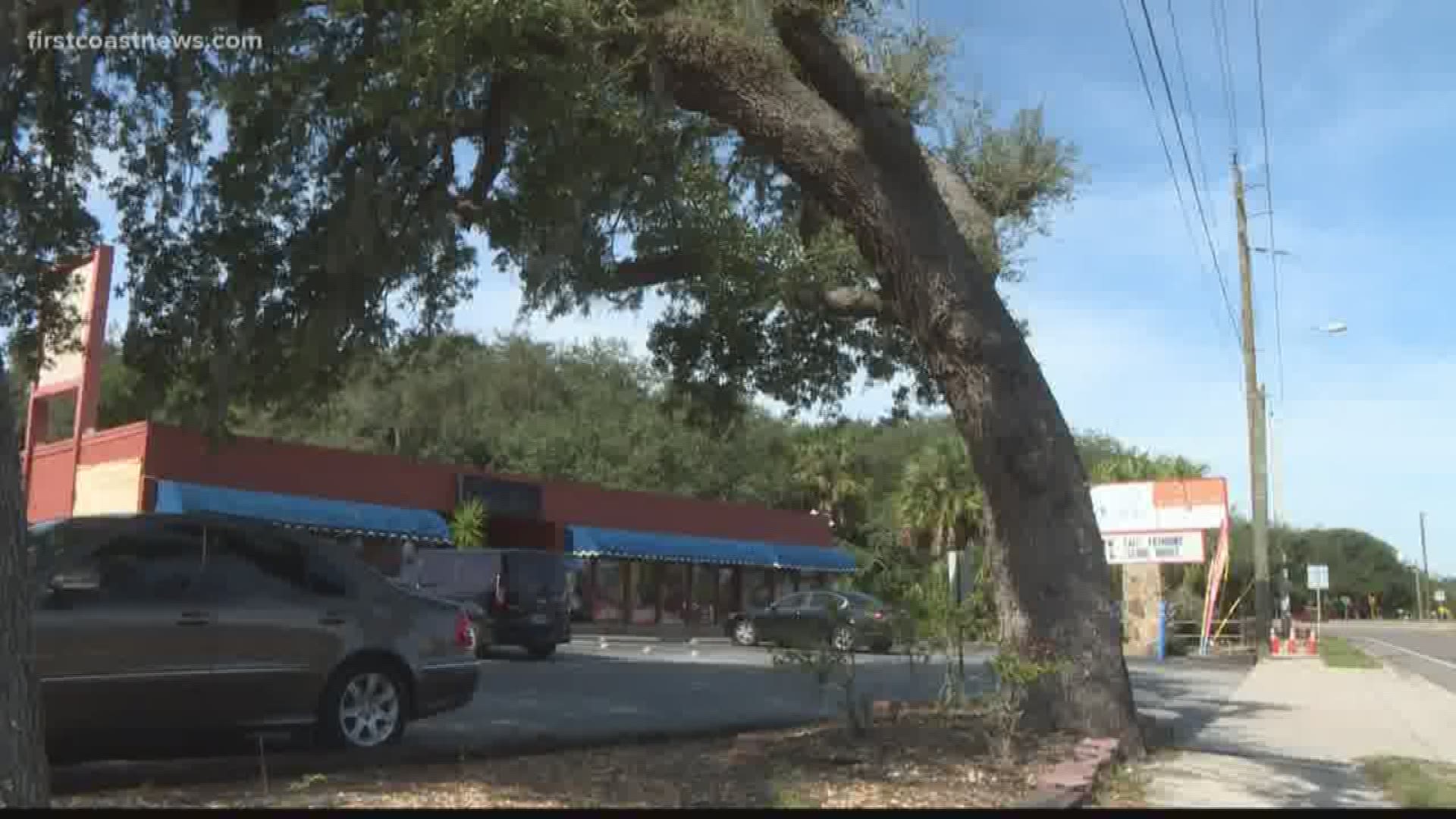 ST. AUGUSTINE, Fla. — "It's majestic," Matt Cafiso said as he pointed to the live oak tree in front of his St. Augustine business, Christe Blue.

Tuesday, he saw a road crew on Anastasia Boulevard by his property.

"They started ripping up the sidewalk here," he said.

It's part of a Florida Department of Transportation routine sidewalk maintenance project.

He asked one of the crewmen about the project and eventually, "he says, 'We're going to have to pull your down your tree.'"

"It caught me off guard a little," he said. "It's a healthy tree. He told me, 'It's causing the sidewalk to buckle over there.' And I said, 'It's a beautiful, old tree. And with everything going on in this town, with all the growing and building so quickly, why would we tear down a beautiful tree like that?'"

So Cafiso called the Florida Department of Transportation.

He also looked at his land map, and he believes the tree is on his property.

'I'm just trying to find out what's going on," Cafiso said. "So I won't be surprised and find people cutting down the tree one day."

DOT supervisors visited Cafiso Wednesday. They said they won't take down the tree... for now.  But they say they will have to address the issue later on.

Cafiso is skeptical, and he worries the state will take the tree down eventually.

First Coast News measured the tree for an arborist who estimates the tree is between 40 and 80 years old.

And the arborist said, at that size, a live oak really starts to get big, provides lots of shade, soaks up a lot of carbon dioxide, and provides erosion control.

A DOT spokesman told First Coast News the tree is "infringing on state property" and it is "destroying the sidewalk."  For now, the state says it will remove the broken sidewalk, carefully prune the roots, and grade a new sidewalk over the roots to make it as level as possible.

"Why don't we save the tree and move the sidewalk over 6 to 10 inches?" he said.

He said he told First Coast News about his concerns because "I just wanted to raise my hand and say, 'Is there anything going on here that I can't stop?' Maybe it's better to bring it into the public forum... like you."