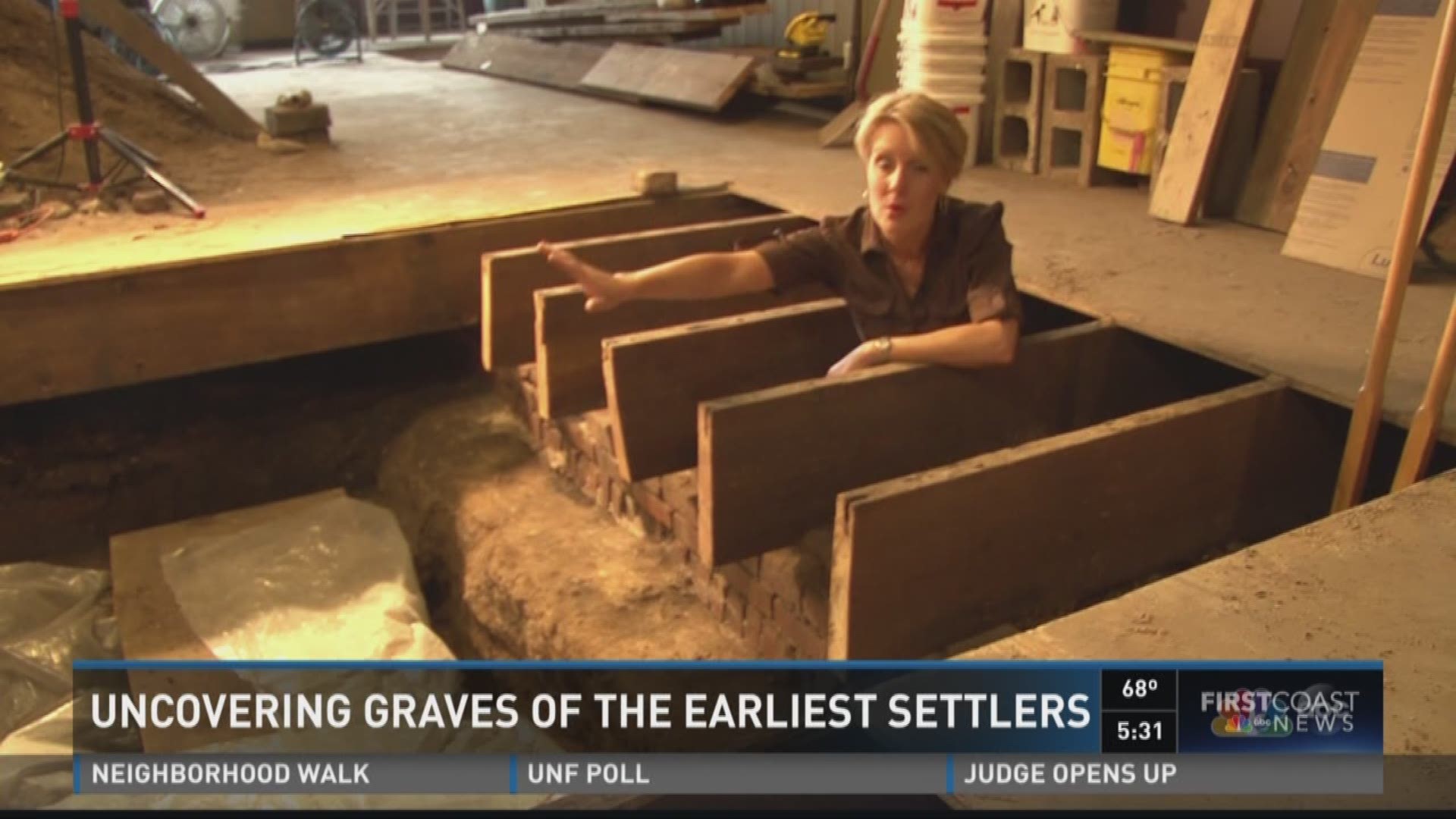 The dig started in early February. David White, the owner of the Fiesta Mall in downtown St. Augustine, had to rip up his floor because it was damaged by the hurricane. He offered the city archaeologist, Carl Halbirt, to dig underneath. That's when they started finding human burials.

Kathleen Deagen is a renown archaeologist. She usually leads digs, but for the past couple weeks, she has volunteered, helping Halbirt and his team. The burials are believed to date back to the first years of St. Augustine, between 1572 and 1700.

"At this point there are at least 7 burials of an area that's 12 feet by 6 feet," Deagan said.

Three of them are children. The state no longer allows photos or video to be taken of the burials, so First Coast News cannot show you the latest discoveries, but the team has mapped out the findings on graph paper,

"The round areas are the pits in which the people were placed, to be buried," Deagan pointed to the sketch.

"We've mapped some of the particular bones," Deagan pointed to some round circles she said indicated skulls. She says two of the children found were buried in the same pit, possibly at the same time.

"The bio-archaeologist will be able to tell us the precise age but he thinks -- based on the bones -- they probably are under 7 years old," Deagan said.

It was not unusual for children to die so young. "When you look at the parish registers of St. Augustine, children died at a much higher rate than they do today," Deagan explained.

At the east side of the dig, archaeology volunteers are literally digging under the existing floor.

They have exposed part of a foundation. "There's a certain mystery about what building that might've been. It doesn't show up on maps," Deagan noted.

There's a possibility it could've been a seawall as well. Whatever it was, it may have saved the burials from hurricanes or flooding over the years.