A cell phone app that creates a convenient, direct line of communication between students and law enforcement is eyeing expansion to Jacksonville. 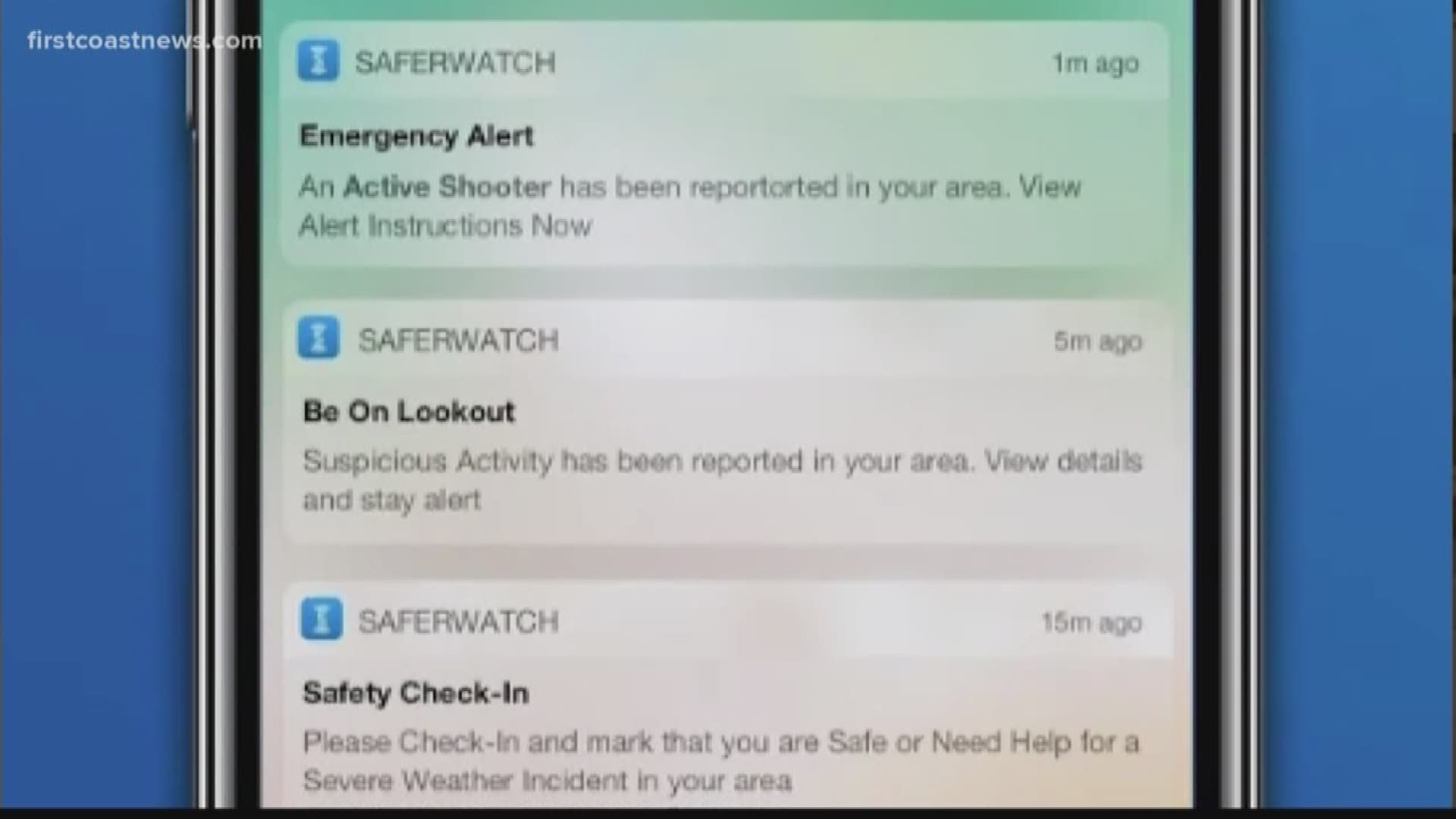 JACKSONVILLE, Fla. - A cell phone app that creates a convenient, direct line of communication between students and law enforcement is eyeing expansion to Jacksonville.

SaferWatch allows students to send in tips, which go directly to law enforcement for vetting and investigation. Users can send in text messages, video and photos.

“Essentially we developed the technology that really meets people where they are,” Geno Roefaro, SaferWatch President, said. “Which is obviously yon their cell phones.”

Earlier this week, the Broward County Sheriff’s Office announced a partnership with SaferWatch. While the app has only been live a week, Roefaro said it’s already made a difference.

“And we’ve already received over a dozen very valuable tips from students that we believe we would never have received,” he said.

“If you can’t talk or you can’t describe where your location is but you can press a button, and your emergency contacts now know where you are,” Roefaro said.

Roefaro said the company has been working with JSO to try to expand to Jacksonville.

Sheriff Mike Williams released a statement saying, “It looks like impressive technology, and we are looking at it.”

Roefaro said he started developing the app following the Pulse Nightclub shooting. He said he was troubled by the people coming forward afterward saying they noticed red flags in the shooter.